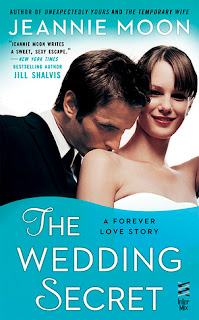 Business executive Harper Poole and professional baseball player Kevin Rossi kept their affair under wraps, one that abruptly ended when Kevin was traded to San Diego. A year later, Kevin finds himself back home in New York and still wonders why Harper avoided him for months. He learns her secret when she confesses that she was pregnant with his child and that they now had a daughter. Devastated by having been kept out of the pregnancy and the early months of his daughter's life, Kevin's anger toward Harper is palpable, and soon, the rest of Kevin's family and their mutual friends learn about Harper's secret as well.

But Kevin being the father of her daughter is not the only secret that Harper's been keeping from everyone. She's worked hard to become the person that she is today and has never had plans of revealing her past until it comes knocking on her door one night. When she's forced to come clean, will Kevin and the people closest to them be able to still accept her and will Kevin be able to fully comprehend what led her to make the choices that she did and why she appears to make a habit of keeping secrets from him?

The Wedding Secret is the third book in the Jeannie Moon-penned Forever Love series and is a contemporary romance that turns the spotlight on the remaining unmarried Rossi sibling, Kevin Rossi. He may have had countless women share his bed in the past but it's only Harper Poole that has Kevin wondering where they went wrong in their relationship. When he learns that they have a daughter together, his anger is understandable, one that is surpassed by the anger felt by one of his two sisters, someone who just happens to be one of Harper's best friends. I do agree with Kevin's thinking that Harper merely informed him of their baby's existence because she realized she had no choice but to do so the minute she found out that Kevin was now going to be staying in the area on a more permanent basis.

In the two earlier books, Harper always came off as a woman with a take-no-prisoners attitude and refused to let anyone get in her way. So, it was rather surprising to learn her back story and she appear to be far more vulnerable when it came to Kevin and their daughter. We saw a glimpse of her more human side close to the end of the first book, but she wasn't the most easily likable of characters, so it was interesting to get to know all facets of her here. I liked that even though she was more open and sensitive in this third book, she still had that kickass part of her that made her the formidable woman that she is. The confrontation between her and someone from her past showed that she didn't need a knight in shining armor to come save her and that she was able to handle things on her own and do it Harper Poole-style.

One common thread that you'll find in the series so far is just how involved the Rossi family appears to be in the lives of others. Sometimes, it's cute and endearing, but there are times when it becomes overbearing and downright irritating. But it is a reflection of real life, because I'm sure we've all experienced or know of other people who have experienced having their family members and relatives all up in their business and make no apologies for butting in whenever they want to. You can grin and bear it or tell them to eff off, but, more often than not, it does come from a place of love and concern. I liked Kevin and I found myself growing to like Harper here and even though there were moments of hardheadedness on both their parts, The Wedding Secret was a good addition to the series. I'm giving this third book four stars out of five. ♥