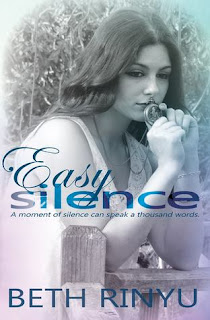 Note: This ebook was provided by Book Enthusiast Promotions via NetGalley in exchange for an honest review.

Each time Jaxson and I made love, it was special. It was as if we were two older souls trapped in young bodies. There was something so mature and deep about it. Something that most people our age would never be able to begin to explain. It was always so much more than just sex, but tonight we had connected on a whole different level. It was magical. It was beautiful. It was something I would remember for the rest of my life.

Samantha "Sam" Carmichael is eighteen and is spending her summer vacation with her ailing grandmother before heading off to college. Her life has always been one of privilege but it's also been one of certain high expectations that are required to be met--that's what happens when you're the daughter of a senator. She has her own dream that she wants to pursue but her life's already been mapped out. What she doesn't count on is meeting a soon-to-be twenty-year-old named Jaxson "Jax" Callahan who makes it clear he doesn't want to be friends with her but ends up rescuing her from drowning. He's resistant to being her friend, but Samantha is determined to show him that she isn't going to give up on being him anytime soon.
What began as just another summer by the beach becomes three months that change their lives forever.

Easy Silence is a standalone romance by author Beth Rinyu and is a story of how one's first love becomes their one and only love of a lifetime. When Samantha Carmichael and Jaxson Callahan meet, they don't become bosom buddies straightaway or even soon after. If anything, there's a concerted effort on Jaxson's part to not have anything to do with Samantha, but it takes more than his brusque attitude and sullen personality to push her away. There's a persistence within her that paves the way for the unlikeliest of relationships to blossom, unlikely to everyone around them and to Jaxson himself, but never in Samantha's eyes. She sees something in Jaxson that even he refuses to acknowledge or believe exists, but he also gives her the courage to go after her dreams because she's much more than a senator's daughter.

There are two major twists in the story: one that I figured out because the clues made it quite obvious what the secret was and another that I never saw coming, forcing me to actually stop reading for a minute in order to get my bearings and fully comprehend what was revealed. It was that second revelation that broke my heart for both Samantha and Jaxson and I would have probably reacted the same way Samantha did. These two earned and deserved a hard-won happily-ever-after and in my heart of hearts, I do believe they got it. There are some stories that take a little piece of your heart after you reach the end and that's what happened with Easy Silence. This book was my very first Beth Rinyu read and what an impression she and Samantha and Jaxson left on me. This very special read is a 2015 favorite and gets five-plus stars. ♥