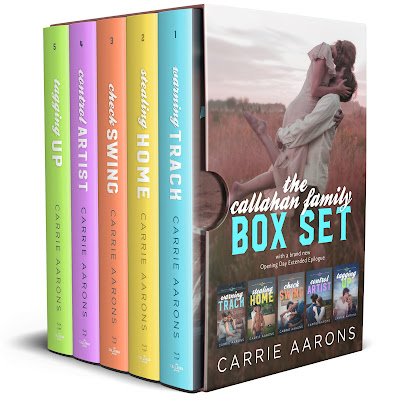 The Callahan Family Box Set by Carrie Aarons Release Date: July 1, 2022 About The Callahan Box Set A family engulfed in scandal, one small town, and the baseball dynasty that ties them all together. Grab these five small town, sports romances and a brand new Opening Day extended epilogue in this box set from bestselling author Carrie Aarons. The Callahan Family Box Set includes five standalones: Warning Track Stealing Home Check Swing Control Artist Tagging Up PLUS: A brand new, never-before-released Opening Day extended epilogue featuring a chapter from one half of each couple! 15k of new content from your favorite family dynasty! More about the books inside: Warning Track Colleen Callahan is exactly where she’s always dreamt of being. Hayes Swindell would prefer hell over the place he ended up. Fate has other plans, though. If their forbidden chemistry is found out, it could mean the end of both of their careers. Except hurtling so close to the danger zone has
Post a Comment
Read on... 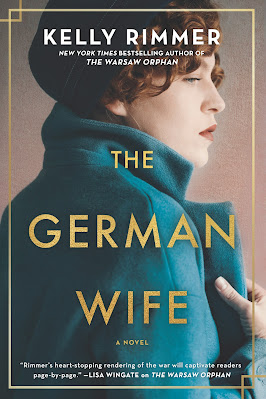 The German Wife by Kelly Rimmer Date Released: June 28, 2022 Graydon House About The German Wife The New York Times bestselling author of The Warsaw Orphan returns with a gripping novel inspired by the true story of Operation Paperclip: a controversial secret US intelligence program that employed former Nazis after WWII. Berlin, Germany, 1930 —When the Nazis rise to power, Sofie von Meyer Rhodes and her academic husband benefit from the military ambitions of Germany’s newly elected chancellor when Jürgen is offered a high-level position in their burgeoning rocket program. Although they fiercely oppose Hitler’s radical views, and joining his ranks is unthinkable, it soon becomes clear that if Jürgen does not accept the job, their income will be taken away. Then their children. And then their lives. Huntsville, Alabama, 1950 —Twenty years later, Jürgen is one of many German scientists pardoned and granted a position in America’s space program. For Sofie, this is a chance to
Post a Comment
Read on...

The Cold Justice Series by Toni Anderson About the Cold Justice Series Don’t miss New York Times bestselling author Toni Anderson’s award-winning Cold Justice series, featuring agents from the FBI’s Behavioral Analysis Unit (BAU). From serial killers to traffickers, terrorists to kidnappers – the FBI always gets its man (or woman). A Cold Dark Place (book one) She’s an FBI agent hunting her sister’s killer. He’s an assassin who’ll die to keep her safe. But his secret will destroy them both. FBI agent Mallory Rooney spent the last eighteen years searching for her identical twin sister’s abductor. With a serial killer carving her sister’s initials into the bodies of his victims, Mallory thinks she may finally have found him. Former soldier Alex Parker is a highly decorated but damaged war hero with a secret—he’s a covert government assassin who hunts predators. Now he’s looking into the murders too. When danger starts to circle Mallory, Alex is forced out of the s
Post a Comment
Read on...
More posts