Showing posts from June, 2017
Show all

Release Blitz: The Director and Don Juan by Katy Regnery 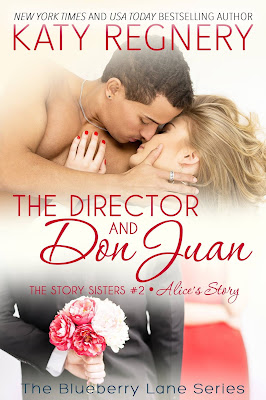 The Director and Don Juan (Story Sisters #2) by Katy Regnery Release Date: June 30, 2017 About The Director and Don Juan From New York Times bestselling author Katy Regnery comes a brand new series set on Blueberry Lane!  The Director and Don Juan is the second of four books about the Philadelphia-based Story sisters who are all on the look-out for love. Heiress Alice Story left her father's company three years ago in a blaze of glory, inviting all of his employees to jump ship and join her, but only one accepted her offer: mail room clerk Carlos Vega. While Alice spent the next three years getting her own company off the ground, Carlos became her indispensable right-hand man – executive assistant and office manager, loyal counsel and trusted co-worker. And all the while, they were quietly falling in love with each other. When Alice is offered a lucrative business deal in Puerto Rico, island-born Carlos is the perfect person to accompany her
Post a Comment
Read on... 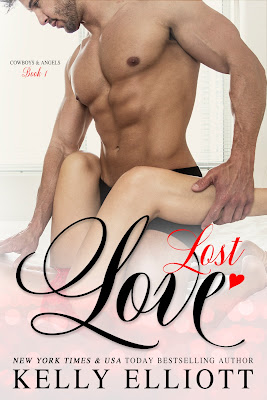 Lost Love (Cowboys & Angels #1) by Kelly Elliott Date Released: June 27, 2017 About Lost Love Moving back home to my parents’ cattle ranch in Texas was the last thing I thought I’d be doing.  But, here I stand … in front of my high school girlfriend. A beautiful, confident woman has replaced the young girl I once knew and loved. Hell. I’m still in love with her. Yep. Paxton Monroe was my first love and the one girl in town who now hated my guts. So much so, Paxton swore her revenge on me if it took her until the day she died.  The last words she spoke to me were a vow to cut my dick off and shove it down my throat.  The fight between my heart, my head, and last, but certainly not least, my dick starts tonight. Because all I can think about is how I want to be buried so deep inside Paxton she won’t remember how I broke her heart, or how I left her when she needed me the most.  But who will win? My heart is too broken to listen to my head. And my dick,
Post a Comment
Read on... 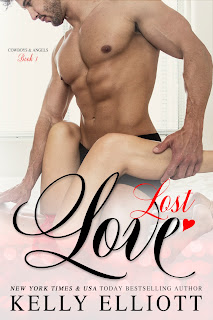 Note: This ARC was provided by the author via InkSlinger PR in exchange for an honest review. Ooh! The feels! Kelly Elliott's Cowboys & Angels series starter had angst, drama, and a whole lot of love lost and found. Love Lost is a second chance love story between high school sweethearts Steed Parker and Paxton Monroe. Steed and Paxton were very much in love but when she needed him most, he upped and abandoned her. By the time Steed realized the error of his ways, he thought he could make up for it only to realize that the love Paxton had for him had morphed into hate. So, he runs off to Oregon after high school graduation and stays away from his hometown in Texas, his family, and the only girl he ever loved for ten years. When circumstances lead him to return home, he has his five-year-old daughter in tow. He wants nothing more than to start over and create the best possible life himself and his little girl, but when he realizes that Chloe's kindergarten is none ot
Post a Comment
Read on... 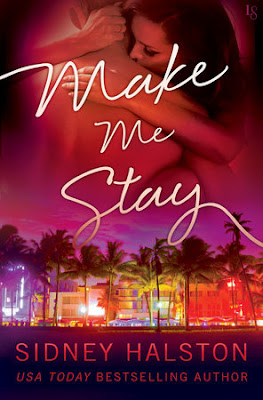 Make Me Stay (Panic #2) by Sidney Halston Date Released: June 27, 2017 Loveswept About Make Me Stay Secret identities, second chances, drama, desire: It’s all going down in Miami Beach in this tantalizing novel from the bestselling author of Pull Me Close , which was hailed by Aurora Rose Reynolds as “a heart-gripping story about . . . the power of love.”  April: Walking away from Matt Moreno was the hardest thing I’ve ever done. Lying to him was a close second, but for his safety, I had no other choice. I was undercover, working to put some nasty people behind bars. But when Matt nearly recognizes me on Lincoln Road a year later, all those very real feelings come rushing back. Now that my assignment’s almost over, will he understand why I lied? Why I had to leave? Most important, can he ever forgive me? Matt: I was madly in love with June Simpson . . . or, at least, with the woman I thought was June. Then she just disappeared while my family’s nightclub wen
Post a Comment
Read on...

Book Spotlight: Why I Loathe Sterling Lane by Ingrid Paulson 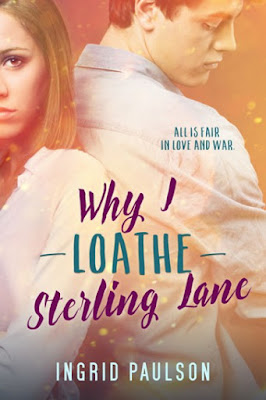 Why I Loathe Sterling Lane by Ingrid Paulson Date Released: June 6, 2017 Entangled Teen About Why I Loathe Sterling Lane Per her 537 rules, Harper Campbell keeps her life tidy—academically and socially. But the moment Sterling Lane transfers into her tiny boarding school, her twin brother gets swept up in Sterling’s pranks and schemes and nearly gets expelled. Harper knows it’s Sterling’s fault, and to protect her brother, she vows to take him down. As she exposes his endless school violations, he keeps striking back, framing her for his own infractions. Worst of all, he’s charmed the administration into thinking he’s harmless, and only Harper sees him for the troublemaker he absolutely is. As she breaks rule after precious rule in her battle of wits against Sterling and tension between them hits a boiling point, she’s horrified to discover that perhaps the two of them aren’t so different. And maybe she doesn't entirely hate him after all. Teaming up with Sterlin
Post a Comment
Read on...

Release Blitz: The Shape of You by Felice Stevens 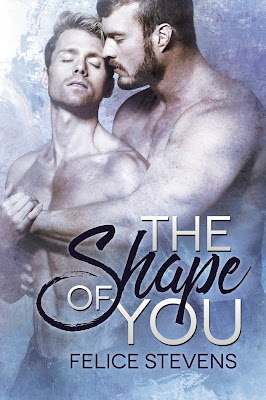 The Shape of You by Felice Stevens Release Date: June 29, 2017 About The Shape of You Too big. Too fat.  All his life Eric Sontag has judged himself on his size, believing love and friendship aren't in the cards for someone like him. Tired of being alone and scared of his doctor’s warnings, he enrolls in a nutrition support group, determined to change his life. When a beautiful thin man sits next to him, he can’t believe they have anything in common, but conversation between the two soon proves first impressions aren’t always what they seem. Drifter. Loner.  Corey DeSantis has always been the scrawny waif; he’s tired of struggling with his art and with life. Scarred by the disappearance and death of his drug-addicted mother, he doesn’t wish for love, believing it will bring him nothing but pain in the end. Now his only hunger in life is his desire to paint…until a health scare and his mentor force him to attend a nutrition class where he meets a man who piq
Post a Comment
Read on...
More posts