Showing posts from October, 2022
Show all

Review: Mine to Love by Natasha Madison (Southern Weddings #4) 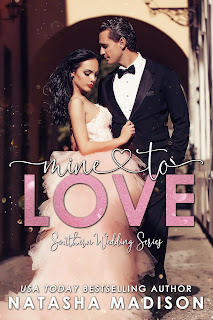 Note: An advance reader copy (ARC) was provided by the author via Wildfire Marketing. Mine to Love  is the fourth novel in the Southern Weddings  series from Natasha Madison, and it's the last one that features the Baker siblings, BUT it isn't the final book in the series (more on that later!). This is thirty-year-old Presley's story, who works alongside her two sisters in their event planning business. After seeing how her aforementioned sisters and their brother had disastrous planned weddings--that did end up in happily-ever-afters, albeit not with the people they were supposed to marry in the first place!--Presley is more than content to remain single for the rest of her life. Of course, that's not taking into consideration the fact that she's been in love with for what feels like forever. Bennett (whose last name isn't mentioned in the book, but it could've been in the earlier books, although you shouldn't hold me to that!) is her brother's
Post a Comment
Read on... 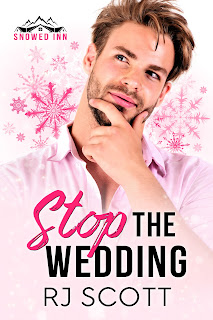 Note: An advance reader copy (ARC) was provided by the author. Stop the Wedding  is part of the multi-author Snowed Inn series, and it's penned by RJ Scott. Patrick Holmes and Declan Brady were once the closest of friends, but all it took was one kiss and a public declaration of love for the two to end up estranged. Two years since that disastrous moment after their college graduation, Patrick receives a voice message from Declan asking to be rescued from his wedding. Knowing this could be his one and only chance at finally making a stand and letting Declan know that his feelings were never unrequited, not even a couple of years ago. But will Patrick make it in time, what with traveling from Charleston to Colorado during the holiday season, and by the time he gets there, what kind of reception from the only guy he's ever loved and rejected? Friends-to-lovers is one of my favorite tropes, but there's something about having the main characters be former best friends that adds
Post a Comment
Read on... 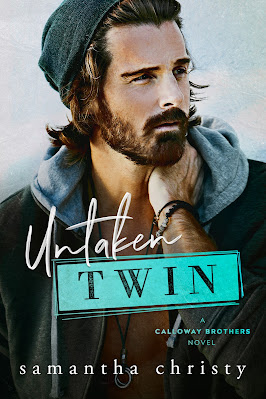 Untaken Twin (Calloway Brothers #3) by Samantha Christy Release Date: October 30, 2022 About Untaken Twin There's only one thing worse than your fiancé dying... Having to look into his face every damn day. Or should I say the face of his twin. So I left. I never knew promises were made. Then broken. And I surely never expected those promises to be about me. When I return to my hometown and see his face, the heartache I've been running from is front and center. But it becomes harder and harder to keep hating the man who looks exactly like the man I loved. Add Untaken Twin  on Goodreads . Purchase Links Amazon US | Amazon UK | Amazon CA | Amazon AU (Free with Kindle Unlimited!) About Samantha Christy Samantha Christy writes sexy new adult and contemporary romances. Although each book is written as a standalone, her series' tie together so you'll enjoy seeing characters pop up over and over again.  Regardless of where you start your Samant
Post a Comment
Read on... 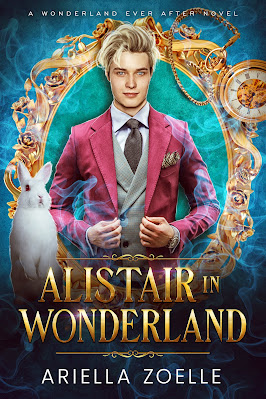 Alistair in Wonderland (Wonderland Ever After #1) by Ariella Zoelle Date Released: October 21, 2022 About Alistair in Wonderland Alistair falls down the rabbit hole and becomes the new Alice. Can he save Wonderland’s magic by falling in love with his fated mate? My life sucks until Bianco shows up. He’s a gorgeous albino who promises me a fun adventure while looking like a handsome prince from a fairy tale. I happily follow him down the rabbit hole in the hopes of getting up to some sexy shenanigans. Imagine my shock when I discover he’s the famous White Rabbit from the books and one of the last shifters left in Wonderland! Even more surprising is finding out I’m a descendant of the original Alice, which means I’m the only person who can bring the missing magic back to their world. That’s all well and good, but our incredible chemistry is highly distracting. It’s impossible to resist our intense attraction when I’m his fated mate, so why bother trying? But maybe there’s a way to
Post a Comment
Read on... 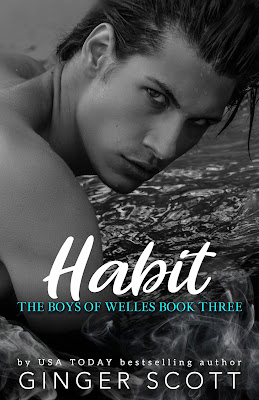 Habit (The Boys of Welles #3) by Ginger Scott Date Released: October 27, 2022 October 25, 2022  (early release) About Habit Morgan Bentley is good at getting attention, except from those she wants it from most. The 18-year-old daughter of one of Boston's wealthiest business moguls, she's been trending and influencing since the day she was born. And for a while, the privilege and ease that came along with fame was enough. But as Morgan grew up, being thought of as the pretty face who told the masses what to wear and where to be seen wasn't what she really wanted out of life. She wanted to be taken seriously. From the public, and more importantly, from her father.  James Fuentes might be the most talented quarterback to ever throw on the Welles Academy field. His dad, the new Welles head coach, is counting on it--both to shut up the inevitable critics accusing him of playing his son over the competition and to ensure James gets into one of the best business colleges
Post a Comment
Read on...

Review: Habit by Ginger Scott (The Boys of Welles #3) 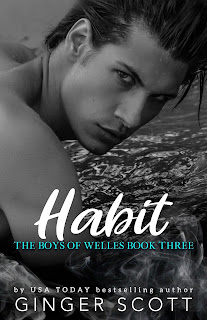 Note: An advance reader copy (ARC) was provided by the author via Wordsmith Publicity. Ginger Scott wraps up her Boys of Welles  young adult (YA) romance trilogy with the third and final novel, Habit . This is Morgan Bentley and James Fuentes's story, both of whom are seniors at Welles Academy, an exclusive preparatory school in Boston, Massachusetts. Eighteen-year-old Morgan is a bona fide influencer, one with a following she's been growing since she was a child. Born with a silver spoon in her mouth thanks to her pedigree, she's never wanted for anything...except the attention of her father. She needs to be seen for the adult that she's becoming and appreciated for being more than a pretty face from a family known for its money, power, and influence. When she meets James, there's no denying the draw, but the fact that he's the son of Welles's new football coach makes him someone she should avoid. Add to that the fact that James can't afford any dis
Post a Comment
Read on... 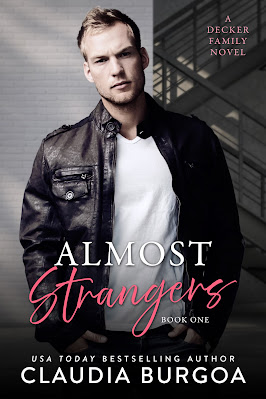 The Somehow Everlasting Duet Almost Strangers Strangers in Love by Claudia Burgoa Release Date: October 28, 2022 About the Somehow Everlasting  duet Almost Strangers  (book one) USA TODAY bestselling author Claudia Burgoa  pens an emotional, heartbreaking romance duet where soulmates can’t be together and everything around them tears them apart. I found it (him) at the bookstore. Love. He was six foot four, lanky, blue-eyed. Jacob Decker was goofy, handsome, and cheesy. There’s no better way to describe him. But what can I expect of an eighteen-year-old boy who’s lived under a rock all his life? I’ll let you in on a little secret. I had no idea what to expect. We were each other’s first everything. But the fantasy lasted only a semester. Soon I had to move away. A few years later, he was a rockstar, and I was… Grasping for a lifeline. The problem with first loves is that they never leave you. But they never come back, do they? Almost Strangers is the first novel in the S
Post a Comment
Read on...
More posts