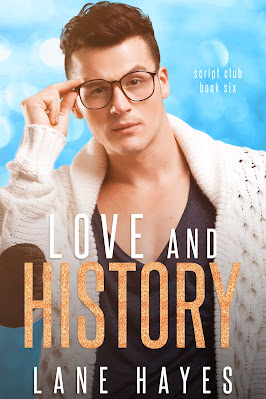 Love and History
(Script Club #6)
by Lane Hayes
Date Released: October 11, 2022
About Love and History
The sporty roommate, the professor, and a history lesson…
Holden
Ezra might be the most annoying roommate ever. He’s loud, obnoxious, and full of himself. So what if he’s a tall, muscular, tattooed jock? His tendency to strip to his boxers in the kitchen while helping himself to my food isn’t endearing in the slightest. Nope. Ezra has to go.
However, I have to admit, he’s the perfect fit to play the king for my historic reenactment event. Ezra in a royal robe…oh, this could be quite tantalizing indeed.
He won’t do it, though.
Unless I trick him into a history lesson.
Ezra
Holden is the kind of dude who wears top hats and great coats while teaching astrophysics to brainiacs. Weird, right? But I gotta respect that level of commitment. And I respect him.
Sadly, Holden doesn’t feel the same way about me.
I guess I can’t blame him. Cranking his gears has been a highlight of my stint in geek land. I’ve never seen anyone get riled about yogurt like him. He makes me laugh. And think. And he makes me want things I’d never thought possible.
So yeah, I’ll take that history lesson. If it leads to something more, I’m in.
Love and History is a Bi-awakening geek/jock romance featuring a messy law student, a picky professor, and a lesson neither will forget! 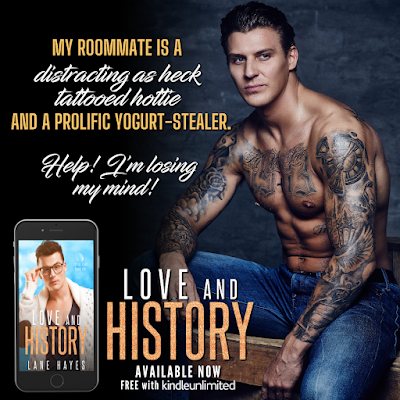 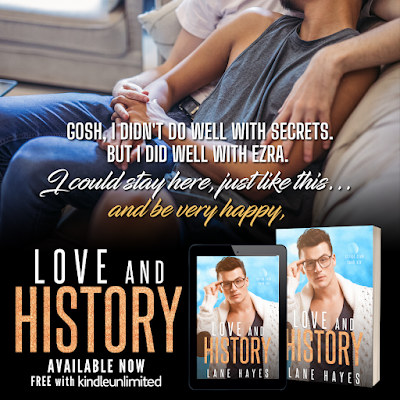 An Excerpt from Love and History
Holden mumbled a greeting to Cole, who’d shuffled bleary-eyed to the coffee machine, then leaned toward me. “What are you doing with your spoon?”
I held up the spoon in question and shrugged. “Nothing. Why?”
“You’re licking it,” he whispered, adding, “suggestively.”
I barked a strangled half laugh. “Spoon porn? Is that a thing?”
“Don’t ask me. I don’t know anything about porn.”
I arched my brow dubiously. “Really?”
“Really,” he assured me.
“Why not?”
“It’s not interesting to me.”
“Bullshit,” I coughed into my hand, snickering at his outraged expression. “Don’t tell me you’ve never imagined a ‘Robin Hood getting freaky in the forest’ scenario.”
“What does that even mean?”
“You know…hanky-panky in tights and those weird hats with feathers on ’em.” I dipped my spoon into my bowl of yogurt and licked it clean again. “I bet they got down to some kinky shenanigans in the Sherman Forest in Renaissance times.”
Holden pushed his glasses to the bridge of his nose, which I’d learned months ago signaled an oncoming lecture. I was right.
“That’s Sherwood Forest, not Sherman, and Robin Hood is a folktale set in medieval times, not the Renaissance.”
“Same difference.” I teased, rubbing my calf against his.
He narrowed his eyes. “I suspect this is tomfoolery, but I’ll explain the difference nonetheless.”
I set my hand on his knee and smiled. “Please do.”
He blushed, then went into more detail about the difference between the medieval and the Renaissance period than my brain could process at seven a.m. But I liked it.
I polished off my yogurt, listening with half an ear as I surreptitiously studied his details—his squared shoulders, his sharp gaze, and the proud tilt of his chin. Holden was all angles and edges with smiling eyes and unconscious charisma.
When I first moved in, I’d wondered if I could handle living with a guy who spouted random bits of historic or scientific intel like an audiobook version of a dull Wikipedia entry. Funny enough, I didn’t mind at all. I learned something new every day.
For example, a few months ago, he called me a “tallow-catch” when he tripped over the shoes I’d left on the landing. I didn’t have a comeback. I literally had no idea what the fuck that meant, so I consulted Merriam-Webster. Turns out a “tallow-catch” was a lump of animal fat that butchers used to make candles in olden days. Hey, I’d been called worse. I actually appreciated that he never resorted to basic insults and rarely swore.
Holden was a true gentleman. I wasn’t. And that might never change. However, I found myself wanting to try a little harder, and maybe use this newfound supersonic power to figure out what made him tick. ’Cause it occurred to me that his quest to soak up knowledge had a manic edge. As if he used his smarts to avoid…something.
Hell, I knew all about avoiding shit. And I knew that a couple of BJs didn’t give me the right to his secrets. But I wanted them anyway.
“…the invention of the printing press changed the world forever and—” Holden paused for air and gave a self-conscious shrug. “Sorry. I get a little carried away sometimes. I didn’t mean to bore you with a history lesson.”
“You’re not boring me. I think you’re fascinating,” I commented, unthinking.
He shook his head and snickered. “I don’t think you’re fascinated with my mind, Ezra.”
He was so wrong. 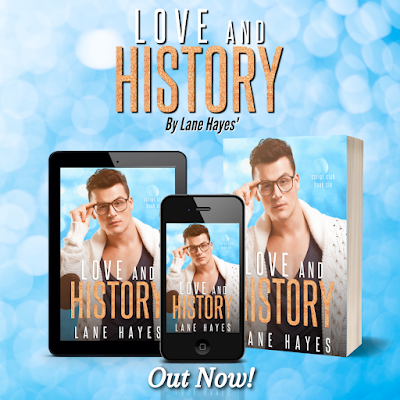 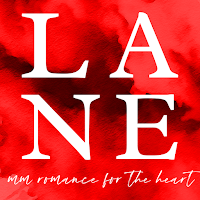 Lane Hayes loves a good romance! An avid reader from an early age, she has always been drawn to well-told love story with beautifully written characters. Her debut novel was a 2013 Rainbow Award finalist and subsequent books have received Honorable Mentions, and were winners in the 2016, 2017, and 2018-2019 Rainbow Awards.
She loves red wine, chocolate and travel (in no particular order).
Lane lives in Southern California with her amazing husband in a not quite empty nest.
Connect with Lane
Website | Facebook | Facebook Group | Twitter | Instagram | Goodreads | BookBub | Amazon | Newsletter