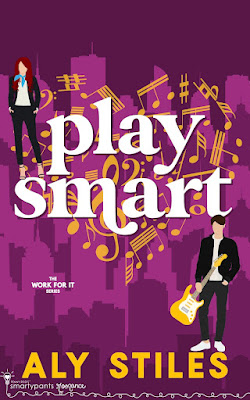 Play Smart
(Work for It #5)
by Aly Stiles
Release Date: October 13, 2022
Smartypants Romance
About Play Smart
Nash Ellis knows music. Producing, performing, writing—if it involves the creative process he’s there for it. He knows nothing about copy machines. Or financial reports. Or anything related to the stuck-up business world his best friends have been chasing since they were kids. But Nash also needs money, so when his roommate gets him a paid internship at Reedweather Media, he reluctantly agrees. At least his know-it-all intern competitor is kind of cute in a nerdy-librarian sort of way—especially when she’s being tormented by an angsty rocker she can’t stand.
The only thing Paige Andrews hates more than failure? Nash Ellis. She has little patience for incompetence and zero tolerance for indifference. He clearly doesn’t belong in their corporate world, so why does he insist on ruining her dream job? And the worst part—he’s not what he seems. In fact, it’s all the things he’s hiding behind those electric blue eyes that make him straight-up captivating in an ironic-slacker sort of way.
But their smoldering friction bursts into open flames when the feuding interns are forced into a high-stakes mission that requires intimate knowledge of the music industry. Yep, what could go wrong when the least-qualified candidate to ever walk the halls of a major corporation becomes their only hope of success?
Play Smart is a full-length contemporary romance and can be read as a standalone. Book #5 in the Work for It series, Educated Romance world, Penny Reid book universe. 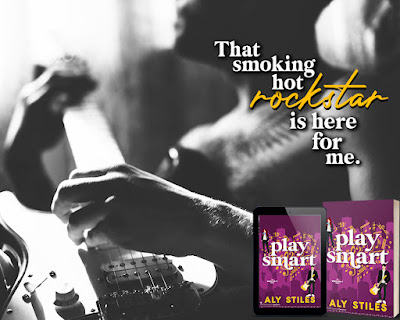 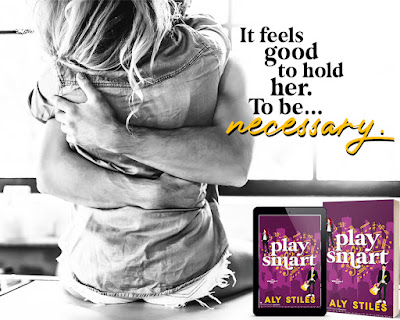 About Aly Stiles
From angsty and dark to snort-laugh funny, Aly Stiles writes from her soul to yours.
Aly is a musician, cat lover, and terrible cook. Really terrible. She's a classically trained harpist who now plays keys in several band environments. In her limited free time, she's actively pursuing a blackbelt in Kyokushin Karate and binge-watching Netflix.
Aly has been writing since she was a little girl. She never planned to be an author. She just wrote for herself to release the words  in her soul. One day she wondered if others would be interested in sharing those words as well.
Connect with Aly
Website | Facebook | Twitter | Instagram | Pinterest | Goodreads | BookBub | Amazon | Newsletter