Release Day: A Little Too Late by Sarina Bowen 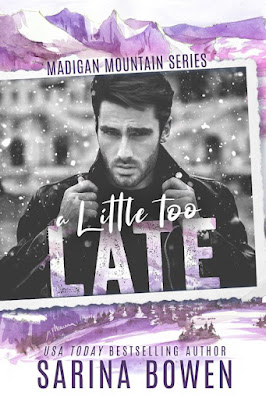 A Little Too Late
(Madigan Mountain #1)
by Sarina Bowen
Release Date: October 4, 2022
About A Little Too Late
How to behave when the guy who broke your heart two thousand miles away turns up in your office:
One: Don’t drop your lucky coffee cup in shock, even though it’s been ten years.
Two: Don’t get defensive when he asks how you ended up working his family’s ski mountain… and why you kept it a secret.
Three: Give him the worst room in the resort. He deserves it for suddenly waltzing back in like he owns the place. (Which he kind of does.)
Four, five, six, seven, eight and nine: Do not kiss him in the hot tub.
Ten: Try to keep your heart intact after you break all of your rules.
Because Reed is leaving again. Hate can't turn back into love. And it’s a little too late… 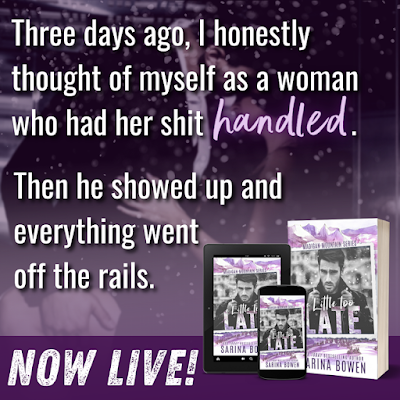 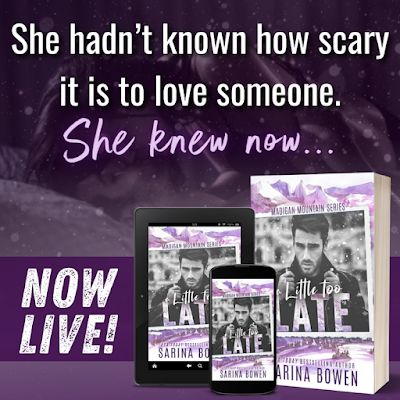 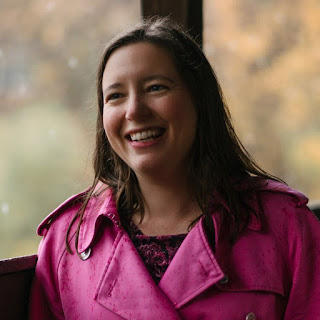 Sarina Bowen is the award-winning author of more than thirty contemporary novels. She has hit the USA Today bestsellers list nineteen times and counting. Formerly a derivatives trader on Wall Street, Sarina holds a BA in economics from Yale University.
Sarina is a New Englander whose Vermont ancestors cut timber and farmed the north country since the 1760s. Sarina is grateful for the invention of indoor plumbing and wi-fi during the intervening 250 years. She lives with her family on a few wooded acres in New Hampshire.
Sarina's books are published in a dozen languages on five continents.
Connect with Sarina
Website | Facebook | Twitter | Instagram | Pinterest | Goodreads | BookBub 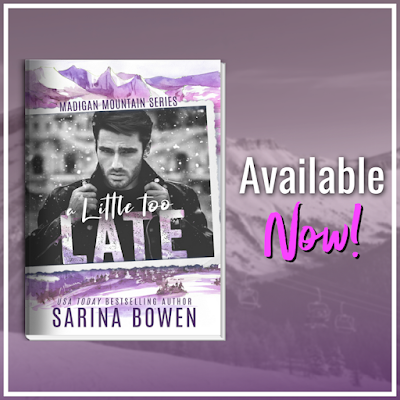