Showing posts from January, 2022
Show all 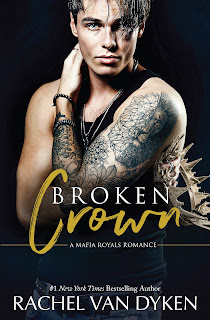 Note: An advance reader copy (ARC) was provided by the author. They'll all have kids.   They'll celebrate anniversaries.   Take trips.   They'll laugh, fuck, fight, tease —and I'll pretend. If I could give this book more than my maximum of five-plus stars, I would. I thought I was prepared going into Broken Crown , especially because I thought I would be hit with bittersweet feels considering this is the final novel in Rachel Van Dyken's Mafia Royals series. But nope, I was very much not ready for my heart to be put through its paces—and then some—with King Campisi's story. This guy could have probably been with any girl he wanted without having to do anything more than breathe, but life isn't that simple, not when your family is part of the Cosa Nostra, and especially not when you're to be the next Capo dei Capi. An arranged marriage was King's fate, and even if it was to someone he loved, Del Buratti's heart belong to someone else. The kin
Post a Comment
Read on... 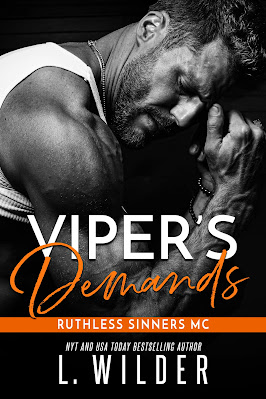 Viper's Demands (Ruthless Sinners MC #8) by L. Wilder Date Released: January 18, 2022 About Viper's Demands From the day I became the President of the Ruthless Sinners, I’d been known as one of the fiercest, most relentless MC presidents in the south.  I lead my men with honor and pride. I never once wavered from what I believed was right for the club and for the brotherhood. And even when it wasn’t easy—even when it meant putting their needs above my own—I’d always done everything in my power to keep the brothers and their families safe.  These were the demands of an MC president. I was good with that. I had dedicated my life to the club and the club alone. It was the only way I could face losing the only woman I’d ever loved. But as fate would have it, I’d been given a second chance with her. There was only one problem. Another woman had caught me under her spell. Two incredible women. One impossible choice. Viper will have you rooting for forgivene
Post a Comment
Read on... 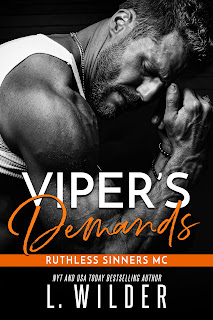 Note: An advance reader copy (ARC) was provided by the author via Enticing Journey Book Promotions. If there is one character in the Ruthless Sinners MC series whose story I've been most eager to dive into is Viper's. Yup, I'm talking about the president of the L. Wilder's fictional yet highly unforgettable motorcycle club. And now, we've finally got his book, and goodness me, but how it surpassed my expectations! Viper, aka Thatcher, Thatch, and Prez, is a man who has proudly led his club, earning the fear and respect of those around him. But while he has seen his brothers finding women to love and share their lives with, he's content with keeping the club his sole priority. He's loved and lost, in a way that left him protective of his heart. Then along comes a woman who may be a game changer, only for the circumstances of the woman he first loved change as well. Who will Thatch's wary heart demand he choose? I so did not expect Viper/Thatch's b
Post a Comment
Read on... 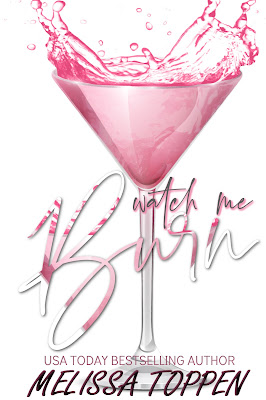 Watch Me Burn by Melissa Toppen Release Date: January 28, 2022 About Watch Me Burn They say life never gives you more than you can handle. Tell that to someone who didn’t just watch the perfectly placed pieces of her future go up in flames. Enter Liam Mason. Mysterious. Sexy.  An obvious playboy. And even though he’s the last person I should want, I can’t help but be drawn to him. Like a moth to a flame, I simply can’t look away.  I convince myself it’s just a rebound. Who could ever be foolish enough to fall for a man who might as well have womanizer tattooed on his forehead? But matters of the heart aren’t always so simple. And I have a feeling I just opened mine up to be broken all over again… Read my 4.5-starred review of Watch Me Burn . Add Watch Me Burn on Goodreads . Purchase Links Amazon US | Amazon UK | Amazon CA | Amazon AU (Free with Kindle Unlimited!) About Melissa Toppen Melissa Toppen is a USA Today bestselling author who spe
Post a Comment
Read on... 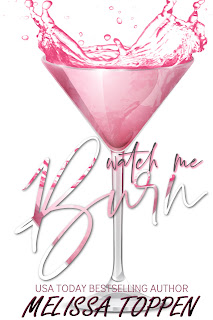 Note: An advance reader copy (ARC) was provided by the author via Enticing Journey Book Promotions. Originally released in 2013 as the Breathless trilogy, composed of Consumed , Taken , and Released , Melissa Toppen has merged those three parts and has re-released them as one full-length novel, Watch Me Burn . Since I never had the opportunity to read the story when it was published a little over eight years ago and Toppen is an author whose work I've consistently enjoyed, I went into this book with excitement. The author introduces readers to Eden Grant, a woman who so loved her boyfriend of eight years that she left the life she knew in Vermont to move with him to Vegas only to have him unceremoniously break up with her and demand she leave the apartment they shared less than four months later. With her heart shattered and her future in limbo, she needs to re-calibrate her life and re-assess her priorities. The last thing she needs is a distraction in the form of Liam Mason. H
Post a Comment
Read on... 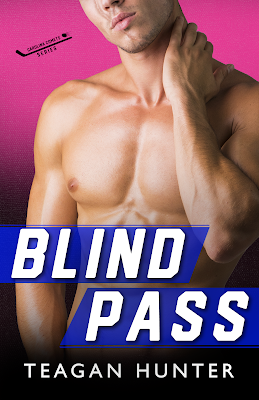 Blind Pass (Carolina Comets #2) by Teagan Hunter Release Date: January 27, 2022 About Blind Pass What happens in Vegas doesn't always stay there. I would know. I'm coming home with a brand-new ring on my finger. My wife? Ryan Bell. We're polar opposites. She's sunshine and happiness. I'm grumpy and scarred—literally. We could get it annulled and no one would be the wiser. Only problem? We posted about it online, and it's already making headlines. I can't afford to get that kind of attention and tank my career, and Ryan needs my help too. We make a plan: stay married for one year, play our roles, and divorce amicably at the end. No harm, no foul. Besides, there's no way the beauty is going to fall for the beast… Read my five-starred review of Blind Pass . Add Blind Pass on Goodreads . Purchase Links Amazon US | Amazon UK | Amazon CA | Amazon AU (Free with Kindle Unlimited!) About Teagan Hunter Teagan Hunt
Post a Comment
Read on... 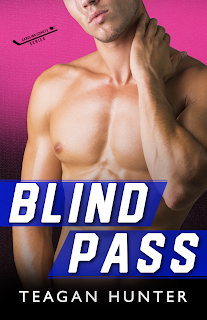 Note: An advance reader copy (ARC) was provided by the author via Valentine PR. Marriage-of-convenience romances, like fake-relationship romances, are hit or miss with me, and that mainly has to do with the fact that they tend to play out the same way book after book, often regardless of the author. So, I look for that extra something that makes both the story and the main characters stand out, and Teagan Hunter brought it in the second novel in her Carolina Comets series. Blind Pass has a grumpy/sunshine feel to it, with Adrian Rhodes, a defenseman with the Comets aka The Beast, and Ryan Bell, a beauty influencer, as its main characters. These two were supporting characters in the series starter, Puck Shy , Rhodes and Ryan being best friends with Collin Wright and Harper Kelly, respectively. Rhodes and Ryan, however, well, it often feels like they're tolerating each other's presence, especially while on a trip to Vegas with their besties. So imagine their surprise when the
Post a Comment
Read on...
More posts