Cover Re-Reveal: Up in Arms by Kindle Alexander 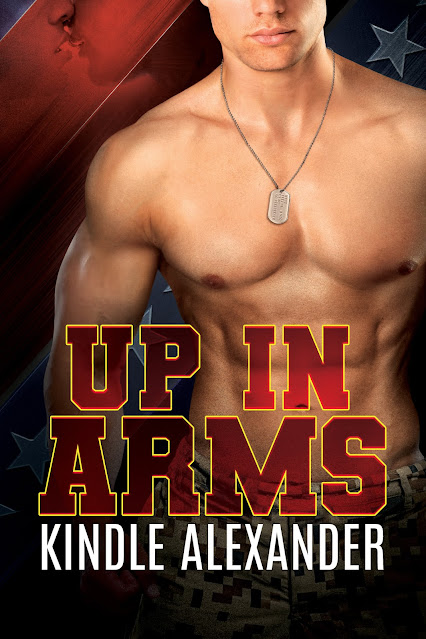 About Up in Arms
This edition of Up In Arms is a rewrite of the original published in 2012.
Reed Kensington, self-made millionaire, ruthless attorney, and handsome playboy has the perfect life…just ask him. Which is why he’s surprised when a chance encounter at his baby brother’s wedding makes him cross-exam his plans for his future.
Trevor West loves his friends and his life in the military as a special ops team member. Though he longs to find a special someone, he refuses to jeopardize his career on something as elusive as love. Until he meets Reed, and the desires running through him threaten his hard-fought self-control.
When a dangerous mission blows their world apart, Reed doesn’t let anything stop him from jumping in. But can he convince Trevor that they belong together…that he deserves a chance at love? 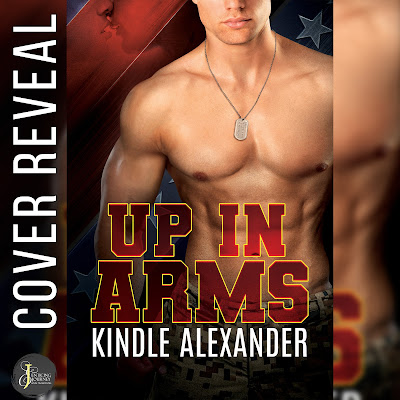 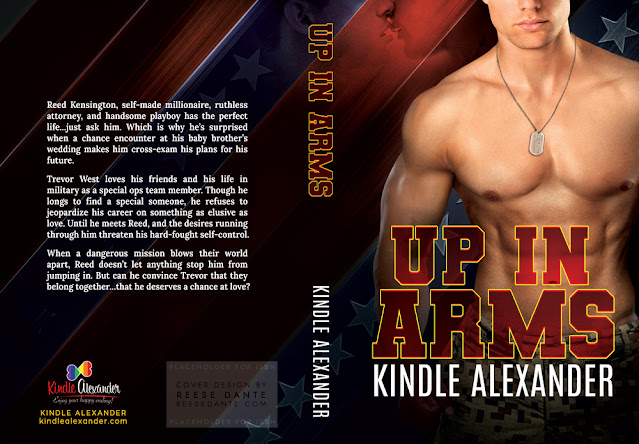 About Kindle Alexander
Amazon international number one bestselling and award-winning author Kindle Alexander is an innovative writer who pens contemporary gay romance. Happily married, with too many children and dogs, and living in the suburbs of Dallas.

Usually, I aim to be funny. Humor is an important part of my life. I love to laugh, and it seems to be the thing I do in most situations (regardless of the situation), but jokes can be a tricky deal. I don’t want to offend anyone, and humor can offend. So instead, I’m going to tell you about Kindle.

I tragically lost my sixteen-year-old daughter to a drunk driver. She had just been home. It was early in the night, and I heard the accident happen. I’ll never forget that moment. The sirens were immediate and something inside me just knew. I left my house, drove straight to the accident on nothing more than instinct. I got to be there when my little girl died. Weirdly, I consider that a true gift from above. She didn’t have to be alone.

That time in my life was terrible. It’s everything you imagine times about a billion. I love that kid. I loved being her mother, and I loved watching her grow into this incredibly beautiful person, both inside and out. She was such a gift to me. To have her ripped away so suddenly broke me.

Her name was Kindle. Honest to goodness—it was her name, and she died a few weeks before Amazon announced their brand-new e-reader. She had no idea the Kindle was coming, and she would have finally gotten her name on something! Try finding a ruler with the name Kindle on it… Never happened.

Through the course of that crippling event, I was lucky enough to know my writing partner. I would have never gotten through those dark days without her unwavering support and guidance. There wasn’t a time she wasn’t there for me. For the first time in my life, I used the hand offered. I know, without question, I wouldn’t be here today without her. It takes a special person to stand beside someone at a time like that. I will love her forever. I could go on and on about the both of them, but I won’t and now you know a little more about us.