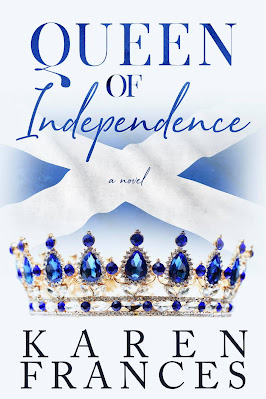 Queen of Independence
by Karen Frances
Release Date: January 18, 2022
About Queen of Independence
Most people see Amelia Campbell as a socialite party girl.
But beneath the frivolity of her public persona, she is the driving force behind a serious charity fundraising portfolio.
Beautiful and intelligent, romance isn't high on the list as she enjoys her life of independence. With friends in royal circles, her influence and connection to events are always in high demand.
However, while pairing up with the Scottish government in a joint fundraising initiative, Harry Donaldson, the First Minister uncovers a secret that has the potential to rock the UK establishment. This secret poses a question that could threaten Amelia's existence as she knows it.
With a referendum on Scottish independence looming, Harry, seeing an ideal opportunity to shake the foundations of the UK government, should the vote land in his favour, he will do anything to make this happen.
When Harry enlists the help of bodyguard Liam McKenna to guard his asset, the plot thickens further when Liam uncovers the truth behind Harry's real intentions. 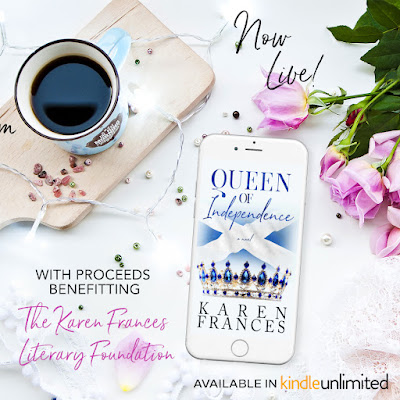 About Karen Frances
Karen Frances was a much beloved member of our book community who fell ill and passed away last year.
At the time of her passing, she was in the final stages of completing this story. With the assistance of her editor and her husband, this novel was completed with much respect and love.
It is her husband's hope with the proceeds of this release, along with her backlist, to keep Karen's memory alive by creating the Karen Frances Literary Foundation in her honour to assist future authors realize their dream of publishing.
Connect with the Karen Frances Literary Foundation
Website | Facebook | Instagram | Goodreads | BookBub | Amazon