Showing posts from February, 2018
Show all

Book Spotlight: Where Death Meets the Devil by L.J. Hayward 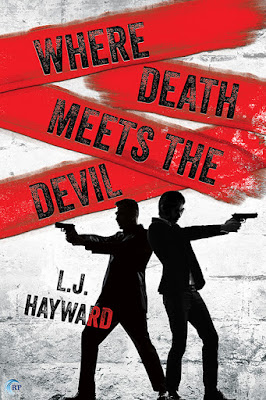 Where Death Meets the Devil by L.J. Hayward Date Released: February 26, 2018 Riptide Publishing About Where Death Meets the Devil Jack Reardon, former SAS soldier and current Australian Meta-State asset, has seen some messy battles. But “messy” takes on a whole new meaning when he finds himself tied to a chair in a torture shack, his cover blown wide open, all thanks to notorious killer-for-hire Ethan Blade. Blade is everything Jack doesn’t believe in: remorseless, detached, lawless. Yet, Jack’s only chance to survive is to strike a bargain with the devil and join forces with Blade. As they trek across a hostile desert, Jack learns that Blade is much more than a dead-eyed killer—and harder to resist than he should be. A year later, Jack is home and finally getting his life on track. Then Ethan Blade reappears and throws it all into chaos once more. It’s impossible to trust the assassin, especially when his presence casts doubts on Jack’s loyalty to his country, b
5 comments
Read on... 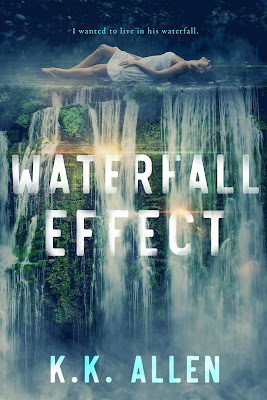 Waterfall Effect by K.K. Allen Release Date: February 28, 2018 About Waterfall Effect From RT Book Reviews New Adult award winner comes a suspenseful small town mountain romance... Lost in the shadows of a tragedy that stripped Aurora of everything she once loved, she’s back in the small town of Balsam Grove ready to face all she’s kept locked away for seven years. Or so she thinks. As one of the victims of a string of mysterious disappearances in the small, picturesque Appalachian Mountain town, darkness has become her home—her safe blanket when the world reveals its true colors. But as the walls of darkness start to move in on her, she knows the only way to free herself from her past is to face it, head-on. She just needs to figure out how. Upon arrival, Aurora isn’t expecting her first collision to be with the boy she left all those years ago. The boy who betrayed her trust with no regrets. The boy who is no longer a boy, but a man with the same stormy eyes
Post a Comment
Read on... 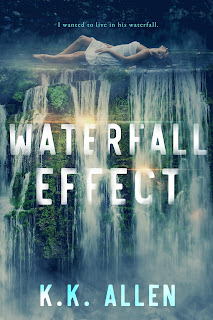 Note: This ARC was provided by the author via Give Me Books Promotions in exchange for an honest review. Waterfall Effect is my first read from author K.K. Allen, and it's her newest standalone release. At face value, it's a second chance romance, but this was so much more than that. Yes, the main characters were young and in love at seventeen and twenty-one, respectively, and Aurora June and Jaxon Mills meet again five years after she walked away from him and their hometown at eighteen. However, this is also a romantic suspense story, one that's fraught with tension brought about by the what-ifs and the unanswered questions of the life-altering event that changed both Aurora's and Jaxon's lives, resulting in them going in different directions. Aurora returns, and in order for their story to truly come full circle and for them to start over again, they'll have to face the demons of their joint pasts. I love it when an author is able to keep me on my to
Post a Comment
Read on... 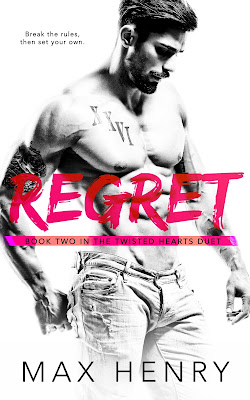 Regret (Twisted Hearts #2) by Max Henry Release Date: February 28, 2018 About Regret Four simple rules when you’re a woman in denial: 1. Don’t stalk your father’s best friend online. 2. Don’t talk to him via Messenger. 3. Definitely don’t go to his house. 4. And whatever you do, don’t tell him you’re still in love. I’ve never been one for doing what I’m told. Read my 4.5-starred review of Regret . Add Regret on Goodreads . Find the Twisted Hearts series on Goodreads . Purchase Links Amazon US | Amazon UK | Amazon CA | Amazon AU About Max Henry For as long as she can remember, Max has always had a love of the macabre and thought provoking side to life. Which probably stands to reason why each of her books takes the reader on an emotional journey that not only promises twists, turns, and suspense, but a heart-wrenching journey where her motto holds true: Love never comes easy. When she's not lost in
Post a Comment
Read on... 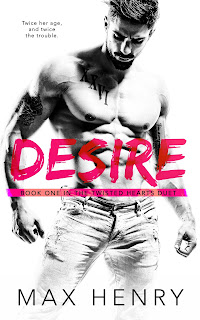 Note: Regret is an ARC provided by the author via Foreword PR & Marketing in exchange for an honest review. Desire is a personally owned copy. This is a joint review for author Max Henry's Twisted Hearts duet which is composed of two full-length novels,  Desire and Regret . This forbidden, May-December romance needs to be read in order, with the first book ending in a cliffhanger of sorts, and while the second one picks up three years after the events in the series starter, it does continue the very same love story. Have no fear, cliffhanger haters, both books are already available, so there isn't any sort of waiting period. And trust me, this duet proved to be an entertaining double first read for me. Desire introduces us to eighteen-year-old Belle, a girl whose heart belongs to two men--her father and her father's best friend. It was her father that raised her, the one who stayed when the woman who gave birth to her upped and left without a care in the world
Post a Comment
Read on... 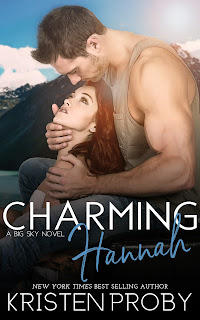 Note: This ARC was provided by the author via Social Butterfly PR in exchange for an honest review. Big Sky is a spin-off series of the Love Under the Big Sky series from bestselling author Kristen Proby, and starts off with Charming Hannah . Still set in Cunningham Falls, Montana, we're re-introduced to Brad Hull, who was a constant presence throughout the original series as a police detective, and Hannah Malone, who first appeared in the novella, Saving Grace , as the roommate of Grace Baxter (née Douglas) and had just applied to work at the local hospital. Now the main couple in this series starter, Brad is the chief of the local police department and Hannah is the top obstetrician in town. Three years after he gave up his shot to as her out on a date, believing she already had a boyfriend, the time's come for Brad to charm his redheaded doctor and Hannah to be charmed by the cop. Hannah is a fiercely independent woman who's made Cunningham Falls her home in th
Post a Comment
Read on... 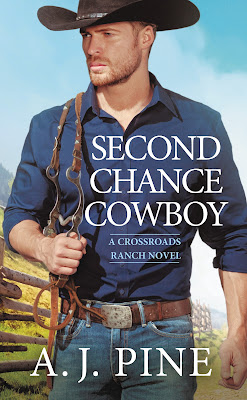 Second Chance Cowboy (Crossroads Ranch #1) by A.J. Pine Release Date: February 27, 2018 Forever About Second Chance Cowboy Once a cowboy, always a cowboy.   Ten years ago, Jack Everett left his family's ranch without a backward glance. Now, what was supposed to be a quick trip home for his father's funeral has suddenly become more complicated. The ranch Jack can handle---he might be a lawyer, but he still remembers how to work with his hands. But turning around the failing vineyard he's also inherited? That requires working with the one woman he never expected to see again. Ava Ellis broke her own heart the night she let Jack go. She was young and scared---and secretly pregnant with Jack's baby. Now that he's back and asking for her help, Ava sees her opportunity to right the wrongs of the past. But how will he feel about the son he's never known? Could this be their second chance---or their final heartbreak?  Add Se
Post a Comment
Read on...
More posts