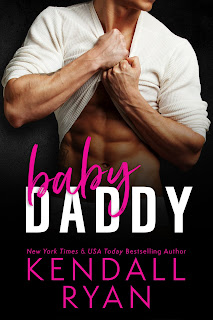 When thirty-five-year-old bookshop owner Jenna Porter steps onto the elevator that's meant to take her to the floor the fertility clinic she has an appointment at, the last thing she expects is to be stuck in the four-sided metal box with a hot guy offering to be her baby daddy. Of course, thirty-seven-year-old executive Emmett Smith isn't being wholly altruistic by merely offering up his super swimmers. Nope, from the moment he noticed Jenna in the elevator, he knew he had to have her. She's get a baby to fulfill her dream of being a mother, and he'd get to have sex with the woman who can make his fantasies reality. Neither of them wants to settle down with a spouse, and Emmett promises to not invoke his parental rights once Jenna has a child. But as clinical as Jenna had hoped to keep things between them, Emmett insists that they do everything the old-fashioned way...including the going out and hanging out parts. The more time they're together, the more sex they have, the more connected they become, but all of that is only till she gets pregnant. Right? Right. Maybe...

Kendall Ryan's taken the arranged pregnancy romance story line and given it a touch of Nora Ephron- and Delia Ephron-written You've Got Mail. Emmett Smith (not to be confused with American football legend Emmitt Smith) may be a guy who considers little Emmett (okay, maybe not so little) his best friend and he's a bit of a playboy, but there are reasons why he doesn't do committed relationships, misplaced as those reasons may be. Same goes for Jenna Porter. Okay no, little Emmett isn't her best friend, though they do become quite close. Cough, cough. But she doesn't want to go through the whole song-and-dance thing before finding someone she wants to settle down and have a child with. She's taken matters into her own hands. I loved her independence and being focused on the task at hand but I also liked that he made the "process" more fun and satisfying for them both. The usual not-falling-for-each-other-but-then-they-do is present in the story, but then that's why it's a romance right? They're supposed to fall in love! But getting there and fighting for it is what I always look for because that's where I want the author to pull out something different--something unique that makes the story theirs and the author did enough. Ryan satisfies yet again with this standalone. Baby Daddy a four-starred read. ♥