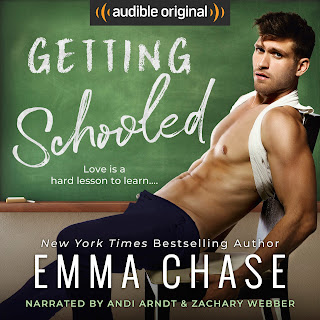 Her eyes open slowly, blinking up at me in that way that makes me want to kiss her again. And then do a hell of a lot more than kiss.

“All those years, all this time, did you think of me because I thought of you, Callie, every fucking day. I would hear a song or pass a spot in town and some perfect memory of us would come back and I would wonder where you were. How you were. And I would think of you. Every single day.”

At fifteen, Garrett Daniels met Callaway Carpenter and promptly fell in love with her. He was a goner all throughout their years in high school. And then graduation came and Callie? Well, she went, her move to California for college promptly ending their relationship while Garrett stayed in New Jersey. For more than sixteen years, their lives moved forward, but after her parents get into an accident in the most awkward of circumstances, Callie finds her way back to their hometown of Lakeview, putting her dream job on hold for the amount of time she's needed. She's managed to score a position as the high school's theater teacher, something right up her alley. And then she meets the history teacher slash football coach--her ex-boyfriend, Garrett. It's time for them get schooled on love...

This was, hands down, the best contemporary romance audiobook that I've had the pleasure of listening to in all the years I've been listening to audiobooks (and I go back to when those were only available on cassette!). From the delightfully swoony and funny second chance love story penned by one of my favorite authors, Emma Chase, to the awesome narrating by two of my go-to voice talents, Andi Arndt and Zachary Webber, both of whom I've listened to on their own or with other co-narrators but never together till now, Getting Schooled, which I'm seriously hoping is the first in a new series, gave me everything I could've wanted in a second-chance rom-com, whether it be as a novel to read or listen to. This Audible Original belongs at the head of the class. Five-plus stars. ♥

Purchase Getting Schooled on Audible.