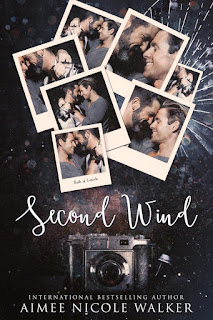 Best friends since they were five, Rush Holden and Lincoln Huxley went and fell in love when they were in high school. They kept their relationship secret, even as they made promises and swore that what they had was meant for always. And then keeping that secret because too much for Linc, and he allows his fears of being found out get to him. His romance with Rush ends and their friendship flounders. They graduate and go their separate ways. Linc goes on to marry, have two children, and establish a successful real estate business with his wife. On the other hand, Rush pursues his dream of becoming a photographer and is engaged to be married to his partner of a decade. Then their personal lives go awry, with Linc's marriage ending in divorce and Rush relationship ending as a jilted groom. And twenty-six years after they last saw each other, the two erstwhile friends and lovers meet again...

Who doesn't wish they had a second chance at getting something--something that was life-changing--right? Bestselling author Aimee Nicole Walker's latest standalone release, Second Wind, tells the story of Rush and Linc, two forty-four-year-old men who fate brings back together at just the right time and at the right place. While reading the book, I was surprised that this doesn't happen until nearly halfway through the book. Now, that may seem like a REALLY long time, but this enabled the author to establish the fact that while both men did, indeed, move on and create new and oftentimes happy lives with other people, it wasn't quite like what they had shared as younger versions of themselves. We also learn more about their past by way of flashbacks, and I found myself becoming invested in and cheering for them as teenagers even though I already knew things would end with them.

Another surprise had to do with the level of angst in the book, which was at a minimum, at least as far as I was concerned. There IS angst, but nothing that made it feel like a melodrama (thank goodness!) and I appreciated that the author chose to focus on the positive rather than on making a far more depressing read with all the woe and misery. Even the path on which the rekindling of Linc and Rush's romance was on was unexpected, and delightfully so. It highlighted the reality that getting back together is just the first step. There's a whole host of challenges that they have to deal with--from Linc owning his sexuality to the two of them living on different states (Linc is in San Diego, California while Rush is in Chicago, Illinois). Second Wind was a wholly sweet second-chance romance with a fair amount of heat in it as well as an entertaining cast of supporting characters. This one easily receives 4.5 stars. ♥