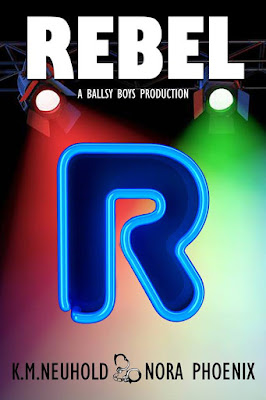 About Rebel
"I don't do relationships, I break them." ~ Troy

If there’s one thing life has taught me it’s that everyone eventually leaves. But that's okay because I have a strategy: no friends, no boyfriends, limit repeat hook-ups, no sleep overs, and above all leave them before they leave me. I’ve put my break-up skills to work doing others’ dirty work for them.

The last thing I expected when I agreed to do an embarrassing breakup song and dance was to end up on the doorstep of the very recognizable—and stupidly sexy—Rebel. When you meet a man like Rebel you'd be insane not to make a move. And just because he has me tossing out every single one of my rules doesn't mean I'm in trouble, right?

“I’m everyone’s friend, but no one’s everything.” ~ Rebel

I love working for Ballsy Boys, but when you make the kind of videos I do relationships are pretty damn impossible. Besides, guys find me sexy and want to either be with me or be me, but no one has ever cared enough to see the real me.

Until I meet Troy. He has no problem whatsoever with my job, but he’s determined to keep me at a distance. For the first time, a hook-up alone is not enough. I want more with him. Hell, I want everything. But he resists at every step until I’m about ready to give up. What do I need to do to show him that this is real and worth fighting for?

Rebel is the first book in the Ballsy Boys series and is a super sexy MM romance with plenty of good times. While this book and this series do contain some instances of sex outside of the main relationships, they DO NOT contain cheating. 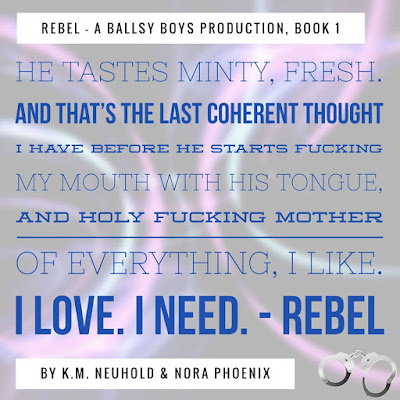 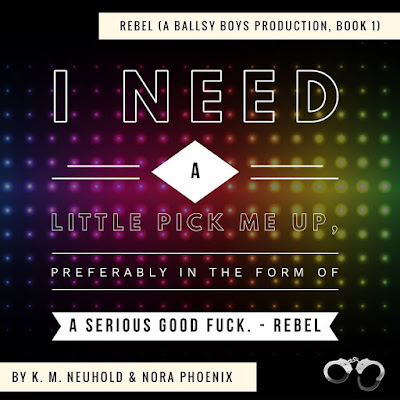 An Excerpt from Rebel
“You really don’t have to come up. I have a shitty little apartment. It’s nothing like your place,” I tell Rebel. “Plus, I’m obviously not up for fooling around.”

I scoff and shake my head but don’t argue further. If we keep hanging out without fucking around, what does that make us? Friends? Something else?

In my apartment, I cringe inwardly, imagining what Rebel must be thinking as he steps into the one room that holds my whole life. Usually when I have a guy in here, we’re too busy getting naked for me to worry what they think of my living space. And, beyond that, I can’t imagine I’d care what any of those randoms think anyway.

“If you don’t have tea, how about I make you some soup or something?”

“Why are you doing this?” I eye him skeptically.

“What? Do you want something more substantial? I can make a sandwich.”

Rebel’s eyebrows furrow, and the corners of his lips tug down in a frown. There’s a sharp sadness in his striking blue eyes that makes me want to shove him away or crawl into bed and hide for a week, anything to get away from the pity.

“You’ve had your dick in both my mouth and my ass.”

I want to laugh, but the pain meds are starting to wear off, and my nose is starting to throb. “I’m not usually friends with guys I fuck around with,” I explain for what I feel like is the hundredth time since meeting Rebel.

“Then who are you usually friends with?”

My mouth opens and closes like a dumbass fish. I’m not sure if he was trying to throw shade, but damn if he didn’t get me. “I don’t have friends,” I finally admit with a little bite in my tone. I don’t want friends, and I don’t need friends.

“We’re friends; deal with it. Now, soup?” He skirts around me into my kitchen, leaving me at a loss for words. “Why don’t you lay down on the couch and find something for us to watch? I’ll bring you some food, and we’ll get a dose of the painkillers the ER prescribed into you, and you can sleep through the worst of the pain.”

I almost ask again why he’s doing this, but decide that whatever his motivation, it feels nice to be taken care of for a change. I settle onto the couch and put on the second season of Stranger Things.

It’s not long before Rebel brings me a bowl of soup, a second dose of the painkillers, and a glass of water. 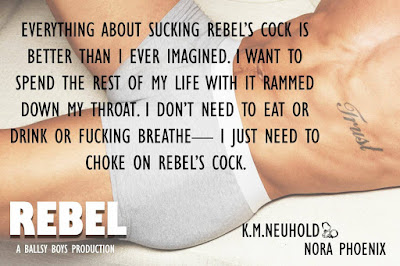 I'm an author of m/m and new adult romance. I have a strong passion for writing characters with a lot of heart and soul, and a bit of humor as well. 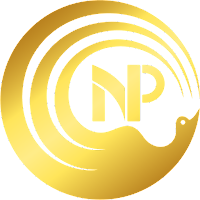 When she was a little tot, Nora Phoenix’s mom got a library subscription for her. That, as they say, was that, and a lifelong love for books was born. Nora never stopped reading and doesn’t exaggerate when she says she devours books, rather than plain reads them. She started writing stories as soon as she could hold a pen, and wrote her first full book as a teen (on a typewriter!). It took her waaaay too long to follow her dream to become a romance author.

Nora writes M/M romance, because hello, sexy boys, and likes her men flawed, strong, and a tad broken. She appreciates a little kink, but insists on a happy ever after. 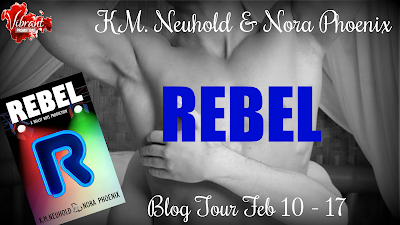