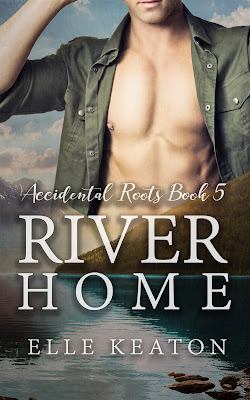 About River Home
If you don’t know what you want, would you recognize it if you found it?

Miguel Ramirez is the definition of pochos; a half-breed-white-washed Mexican–American who doesn’t speak Spanish (also unapologetically bisexual). Three years ago he arrived in Skagit a broken man having barely managed to escape an abusive relationship. Slowly, he’s rebuilt his life. He’s tried hard to discard his deepest desires and be happy with what life has doled out. Family feels out of his grasp, no one really wants to keep a stray after all. Except, maybe, a red-haired stranger with a galaxy of freckles covering his face who seems to encompass everything Miguel’s learned to avoid.

Nate Richardson; focused, solid, reliable, career-minded, Federal Agent. No time for relationships outside of work. Then he runs into Miguel with his crazy green eyes, rakish smile and outrageous sense of humor. Nate starts thinking about Miguel as more than just another guy. Nate was sure he didn’t care about sex and didn’t believe in love…he’d never met Miguel Ramirez before.

Things quickly heat up between Nate and Miguel. Crime is heating up in Skagit as well. Nate is sidelined when the case he is working on reaches a frustrating standstill. In the meantime, unnerving incidents transpire, some literally on Nate’s doorstep. Will outside forces—or their own baggage—keep Miguel and Nate apart? What exactly is family, and can Miguel and Nate make one of their own? 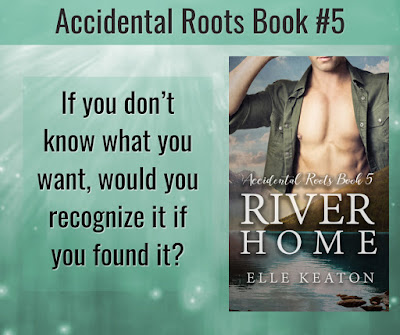 About Elle Keaton
Author/imaginator & photographer (also rare Pacific Northwest Native), Elle Keaton grew up in Seattle, WA., with the Cascade Mountain range to the east and Olympics to the west.

Elle shares her life with between three to five cats (depending on who's counting), an extremely patient fiancé, and a flock of young adults. She’s lived in four US states, London England, and Hong Kong; always knows what time it is, and has little problem finding parking even in the most difficult places.

Elle's series made its debut spring of 2017. Accidental Roots is set in the Skagit Valley of Western Washington. Writing has always been a passion but not something she was able to take seriously until recently, some journeys are longer than others. Now her head is full of ideas and not enough time in each day. As far as we know she wasn't actually raised by wolves.