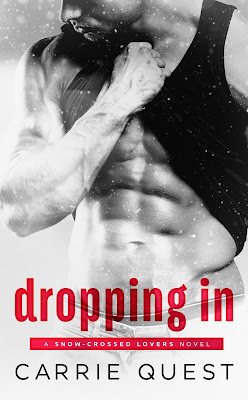 About Dropping In
Natalie Berensen has one short summer to ace her writing class and convince her parents she’s not a hopeless screw-up. No more changing her major once a month, taking time off to travel, or random friends-with-benefits. She doesn’t have time for distractions or hook-ups, not even if her longtime crush is in town for the summer and living in her basement. Who cares if he’s a snowboarding god with six pack abs and a hashtag devoted to his apparently magical penis? She’s not interested.

Ben Easton’s focus and self-discipline is legendary. He’s built a career as a professional snowboarder by training harder than anyone else on the mountain and steering clear of anything that doesn’t take him one step closer to his goal: Olympic gold. Then his best friend crashes in the half-pipe and Ben drops everything to take care of him. No more training. No more competitions. No more snowboarding. It’s over.

He’s back in Boulder to help with Adam’s rehab, not fool around with his little sister’s best friend, no matter how much he loves her laugh or the way her ass looks when she walks up the stairs. There’s no way in hell he’s going anywhere near Natalie.

Contains: a grumpy guard cat with a taste for blood, discussions of Ents as phallic symbols, and plenty of sexy times. 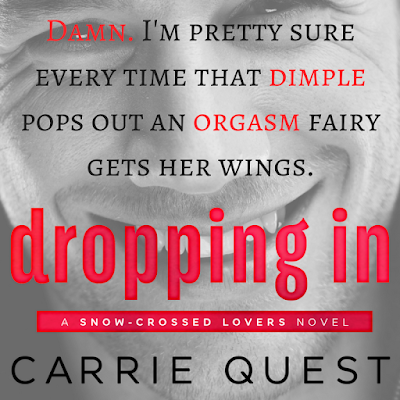 Read my four-starred review of Dropping In.

Add Dropping In on Goodreads. 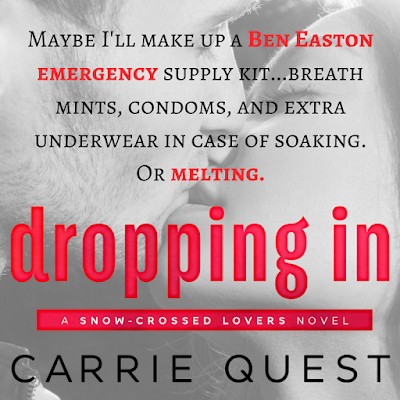 About Carrie Quest
Carrie Quest grew up in Vermont, spent her college years in beautiful Boulder, Colorado, and now lives in New Zealand with her husband, two smallish children, and a gaggle of very badly behaved animals. She writes love stories that will make you laugh and reads enough romance to swoon on the regular.