Review: Regret by Christina Lee (Under My Skin #1) 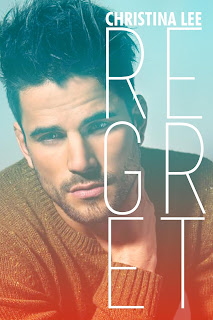 Note: This ARC was provided via Michelle Slagan by the author in exchange for an honest review.

You think I see you differently now. And for what it's worth, I do.

My breath froze in my lungs.

I see you as the guy I desperately want to be with.

You and only you. Every damn part of you.

Even the parts you loathe.


If you're familiar with my reviews, you'll know I'm a self-confessed Christina Lee fangirl. I've read every single one of the books she's either written on her own or co-written with Nyrae Dawn. It was the Between Breaths series starter All of You, an M/F new adult romance which also happened to be her debut release, that first made me fall in love with her writing, but it was the series ender and her first ever M/M novel, There You Stand, that made me realize that she had ingrained herself on my list of go-to authors. With every book she's released, she's proven time and again that she has a story to tell and me? Well, I'm reaping the benefits of her gift for storytelling because she's made each one worth the time you put into it, to the point that you hardly notice that time has actually passed. I'm not waxing poetic here. It feels like time does stop from when I start reading till I put my reader down.

Now, Christina Lee is taking her readers on a brand new journey and it's called Under My Skin, and the first one out of the gate? It so got under my skin. I teared up more than once and my heart got a workout from clenching while reading this enemies-to-lovers slash second chance romance entitled Regret. Once upon a time--high school senior year to be exact--Brian Schubert and Nicholas Dell were kinda-sorta-maybe friends. The smart guy turned tutor and the baseball playing jock that he tutored--that's what Brian and Nicholas were. But then there was one moment that felt like it was the culmination of all those unspoken feelings they were hiding from each other, a moment that meant something...until Brian was caught in the crosshairs of a homophobic bully and Nicholas stood idly by. From that point forward, Brian refused to have a single thing to do with the boy who broke his teen heart.

Fast forward more than a decade later and Brian, who now goes by his nickname of Brin, is offered a place to stay by his best friend after a mishap in his condo--a condo he shares with his roommate Nick...who turns out to be Nicholas from high school. What follows is Brin and Nick needing to deal with letting go of everything that's been holding them back in order for them to move forward. But that's easier said than done, especially when some of those things have to do with a crippling feeling of guilt and responsibility. They were boys who had crushes that became men who were beginning to realize just how thin the line between love and hate truly was. Fixing a broken heart is one thing; when his spirit is yet another casualty, how do you make them see their life isn't full of regrets?

Gah! This book! I may love all of Christina Lee's books, but I confess that I do have two in particular that are my top favorites--All of You and There You Stand. I've now added a third to that list--Regret--and maybe I'm jumping the gun here, but this felt like the author at her best. It was raw and honest but that niggling feeling of hope was there, that everything would work out and that both Brin and Nick would hold on to their matured feelings and have the love and peace of mind they deserve. It felt like such a privilege to bear witness to the development of these two main characters and their stories as individuals and their story as a couple. If the rest of the Under My Skin series is as endearing as this one, I best stock up on tissues early. I had absolutely no regrets reading Regret. Five-plus stars. ♥