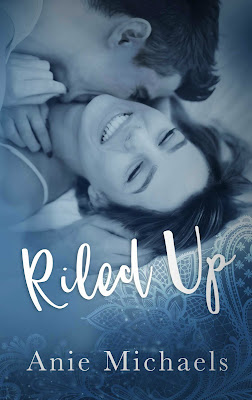 About Riled Up
There were some problems Skee-Ball and beer just couldn’t fix.

Being with Camden was everything Riley ever wanted… and so much more. More stress, more money, more family, more obstacles, but also more love. Oh, and more sex. That too. No one had ever made Riley feel so needed, and perhaps that was the problem. Now facing a new job, new responsibilities, and a new life with her fiancé, Riley quickly begins to feel overwhelmed. The only thing she isn’t unsure of is her love for Camden. But love can only take her so far.

Camden wants to make everything easy for Riley. He wants to fix all her problems, take away all her stress, make life easy for her, and give her all the orgasms, but he’s quickly realizing that Riley’s biggest issues—the ones that make her doubt herself—can’t be fixed by anyone but her. That doesn’t stop him from trying. She’s an independent woman, but that doesn’t mean he can’t spoil her every now and then.

Riley’s going to have to accept that Camden loves making her life easier, and Camden’s going to have to realize that she only gives in because she loves him. But when the past comes back to disrupt Riley’s future, Camden will have no choice but to let his fierce partner and fiancée handle her shit.

Will Riley be able to let the past go? Will Camden’s need to take care of Riley push her too far?  Will their love for each other be enough? 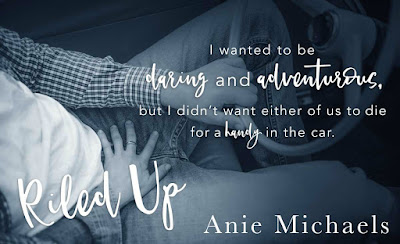 Read my four-starred review of Riled Up.

Add Riled Up on Goodreads. 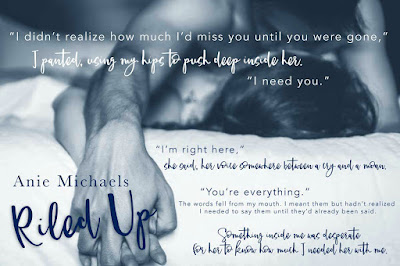 Read the first With a Kiss novel,
Kiss Cam, which is on sale for 99 cents: 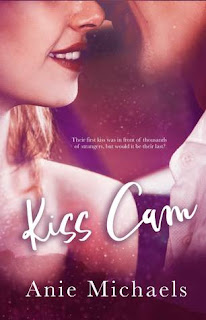 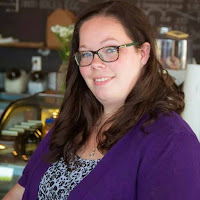 Anie Michaels is the author of the Never series, the Privates serial, the Love and Loss series, the With a Kiss series, and stand-alone novels The Space Between Us and Instead of You. She started writing her first novel in June 2013 and hasn’t looked back since. Working at home as a full-time writer of books, when she is not pounding on the keyboard she can be found reading, playing with her kids, spending time with her family, and connecting with her close friends. She’s spent her entire life in the Pacific Northwest, lives in Portland, Oregon, and can’t imagine ever being anywhere else… except maybe somewhere tropical.