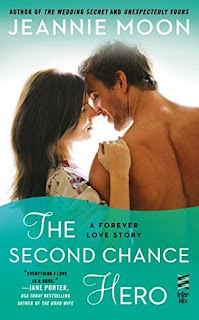 Lieutenant Kim Torres's worst nightmare came true when her fiancé was brought in and, after apologizing and telling her he loved her, passed away from his injuries. The day became even worse than she could have imagined when another soldier came running in, filled with grief, making it obvious that her relationship with Kim's fiancé was far more intimate. At her weakest moment, she found a small amount of comfort and the words and embrace of a man whose name and face she never really got a good look at.

More than a year later, Kim is back in the U.S. and can't find it in her to mourn the man touted as a hero and someone who loved only her. She knows the truth but she can't break the hearts of her late fiancé's family by divulging it. Then she meets Major Owen Kent, a man who makes her believe in the possibility of falling in love again. Kim may not be fully ready to trust Owen with her broken heart, but Owen has been in love with Kim ever since their paths crossed over a year ago in the war-torn country of Afghanistan.

The Second Chance Hero is the fourth book in the Forever Love series from author Jeannie Moon. With the Rossi and Campbell siblings all happily married, this story turns its attention toward one of Jason Campbell's best friends and business partners and Harper Poole's nanny: Owen Kent and Kim Torres, respectively. Kim experienced loss and betrayal in a manner of minutes while in Afghanistan, after the death of her fiancé is quickly followed by the revelation of his cheating. Owen was her fiancé's commanding officer and he was there with Kim soon after learning about her fiancé having an affair with a fellow soldier. When they meet again a year later, it's obvious that Kim has no clue who Owen is but Owen has never forgotten the beautiful but broken nurse he met in Afghanistan. There's a lot of drama in the story, especially when it comes to when Owen will reveal the big secret that he's been keeping from Kim.

As always, the story includes meddling family and friends from both sides, as well as the family of Kim's late fiancé, but then it's become such an expected part of the series that if it stopped now, I'd actually be somewhat shocked and maybe a teeny, tiny bit disappointed. There are a lot more supporting and minor characters in this fourth book, because it involves more than just two families and sets of friends, so there it did feel a bit as if they were all coming out of the woodwork. Owen being a marine was a surprise since there was absolutely no clue that he did anything outside of Reliance, the company he co-owns with Jason Campbell and Nate Bayard. Kim being a former military nurse was mentioned in the third book, but I certainly didn't think to connect her with any of the other major players in the series. It took a good while for me to see Owen and Kim together but they did make sense as a couple the more the story went on.

I don't think Owen really fell in love with Kim in the few minutes they were in each other's presence in Afghanistan, but I do believe that he felt a connection to her. Theirs was a story about finding love after loss and that not every secret kept from someone is meant to bring them pain or harm. It's easy to understand why it would be difficult for Kim to open her heart again to someone like Owen, especially since he and her late fiancé were both marines, so I did get why she would backtrack from her feelings every now and again. Owen was such a good guy and was someone who was loyal to those who meant the most to him. The combination of an active soldier and billionaire was one I don't recall ever coming across in the countless books I've read, so it definitely added interesting layers to his persona. The Second Chance Hero is my second favorite book in the Forever Love series and I'm giving it 4.5 stars out of five. ♥