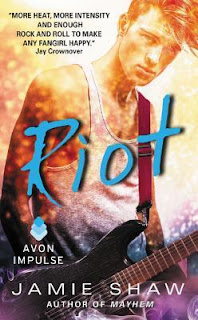 “Dee . . .” Joel says, standing up to face me. His voice remains soft in spite of the way I’m glaring at him. “I want to be with you. I don’t give a shit about your mom. You’re right, I don’t know anything. I only know that I’m in love with you. Like seriously fucking in love with you.”

I gather the blankets while he just stands there. “I’m sorry you think you fell in love, Joel. The good news is you’ll get over it.”


Dee Dawson is a player. She knows guys take one look at her and can't help but want her. She enjoys the chase and she'll allow herself to be caught now and again, but she's not the type to fall in love and end up in a committed relationship. That's not her thing. All she knows is the game she plays with guys, a game she never loses. Then she sets her sights on The Last Ones to Know's guitarist and all she has to do is reel him in and he'll end up like every other guy she's been with. But Joel Gibbon isn't going to allow himself to be played and this may be the first and only time that Dee is going to open herself to the possibility of losing.

Joel Gibbon is a player. He knows girls take one look at him and can't help but want him. He enjoys not having to chase a girl, especially since they're the ones doing the chasing. He's not the kind of guy to be immersed in a committed relationship, but he does know that he can't get enough of one particular girl. The thing is, he knows this is some kind of game for her and he refuses to play. There's something about Dee Dawson that he can't resist, and if he isn't careful, she could very well be the girl he ends up falling in love with. The thing is, how sure can he be that still isn't some game she's playing and he ends up the loser?

Can this series seriously maintain the kind of level it established with the first book? Yes, my fellow Mayhem fangirls, it most certainly can. Jamie Shaw's second book in the series, aptly titled Riot because it caused one in my fangirling heart, squeezing at certain heartrending points in the story, turns the spotlight on Deandra "Dee" Dawson, best friend to Mayhem's Rowan "Peach" Michaels, and Joel Gibbon, guitarist of The Last Ones to Know. When the two met in the first book, you can already tell that there was an instant spark of attraction between them and I actually felt that Joel was a bit more smitten than Dee was at that time. Everything that happens in this second book is amped up and I'm not talking merely about the steamy moments Dee and Joel share. There were a couple of times I found myself sitting on my bed with my mouth gaping open and my eyes slightly larger than usual because of unexpected events that occur in the story. If Mayhem was lighthearted fare, Riot carried a heavier mood, although humor was still there.

There was a particular incident in the story that evoked a knee-jerk reaction, but then I found myself taking a step back to really see what was happening from a different perspective and I couldn't help but re-think my original response. The fact that it gave me something to analyze is one of the things I liked about this book. There was nothing cookie-cutter or expected about it and I would react to things the lead characters would say or do, highlighting how what I was reading could pull out certain reactions from me, whether positive or negative. No one wants to read something and feel absolutely nothing. I think that's worse than being hit with boredom. It's like when I'm having an issue with someone--while the hurt or anger is there, at least it shows I still care; when it's replaced by apathy, then that's never a good sign because then I'm past caring. That's how it is with this book: I cared about Dee and Joel and what was going on with their relationship, so when I felt one of them was failing miserably, I wanted to smack them.

Dee and Joel's love story had that real and romanticized feel, wherein I would go "Awww!" when things were lovey-dovey and romantic but when times were tough for them, their actions and reactions were often ones you could imagine being more realistic and not at all romantic. Yes, there's more drama and angst in this story, but it's nothing that's overly done or thrown in just to heighten the emotional response from readers. They helped shape the story of two people who may seem like they don't have a care in the world but actually carry certain burdens on their shoulders and have issues that you would never have thought they had if you were basing it simply on how they were in book one. There was nothing easy about what Dee and Joel had to go through, but it was certainly a well-fought battle to a happily-ever-after they both deserved. So, if you have yet to read Riot, might I suggest you read the books in the series in order. I believe they'll be worth your time. This book was another 2015 favorite and it also gets five-plus stars. ♥