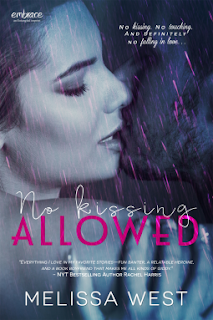 "I care about you, and I know you care for me, too. We don't have to follow any rules at all. We can take our time and let this, whatever it is, become whatever we want it to become. We don't have to know right now. And maybe it ends anyway, but how can we let it end without trying?"

Cameron Lawson and her best friends are enjoying a Saturday night out at a bar before they embark on their new journeys as career women on Monday. They decide to check one thing after another on a list of ten wild things they need to do before hitting adulthood while on a night out at a bar. Only her friends appear to have added an eleventh item: hooking up with a random guy. She finds herself a more than willing volunteer and while their night together is unforgettable, no names nor numbers are exchanged.

Then she unexpectedly crosses paths with her hook-up on her first day at a prestigious advertising agency and learns that his name is Aidan Truitt...and he's none other than her new boss's boss. It's clear that the attraction between them is as palpable as ever, and even with a non-fraternization policy in place at work, Cameron and Aidan decide to take the risk. They set certain rules to avoid complications. But can Cameron stick to the rules even as she finds herself falling in love with someone who doesn't even believe in love?

One of the definitions for the word "giddy" is "feeling or showing great happiness and joy" and that's exactly how I felt after reading author Melissa West's standalone new adult (NA) romance entitled No Kissing Allowed. Cameron Lawson and Aidan Truitt's love story left me with an ache in my cheeks from grinning too long, though amidst the giddiness, there were also moments that made my heart ache as these two tried to maneuver their way at maintaining a non-relationship that had rules that were simply begging to be broken. Aidan made it clear that he wasn't the type of man who's ever been in a committed relationship while Cameron is the kind of woman that knew that a lifetime of love and loyalty was indeed possible, and these both resulted from their respective families and childhoods with very opposite results.

This isn't the first work place romance that I've read, nor is it the only story involving two people who meet as hook-ups only to meet again later on and decide to try for an extended version of their initial interaction. However, there was something about this book that triggered the romantic in me. Maybe it was how Cameron and Aidan had a connection from the very beginning, the kind of connection that should never have been severed so casually and fate was finally stepping in, giving them a second chance at bat. However, it wouldn't be as simple as falling in love and heading toward happily-ever-after. These two would have their struggles, but I loved how they both gradually, the key word being "gradually", came to the realization that what they had was too life-changing to be limited to some non-romantic involvement.

I'm not sure I can really pinpoint one specific thing about this book that can explain why I'm so in love with it. The story wasn't mere fluff because there was really more to it than a boss and his subordinate falling for one another. The characters also had depth and weren't your run-of-the-mill cocky alpha male and innocent female experiencing new things. It was a combination of those two things and just the overall feel of a beautiful love story between two people learning to grow together as a couple. Nothing was rushed and you could see how Cameron and Aidan's relationship developed as the story went on. I would definitely consider No Kissing Allowed one of my favorite reads for 2015 and gushing about the book is more than allowed. I hope you'll fall in love with Cameron and Aidan as much as I did. Five-plus stars! ♥