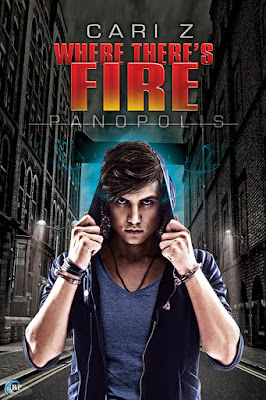 About Where There's Fire
Making a name for myself as a Villain in Panopolis is hard work. Six months ago, my boyfriend broke me out of jail. Now he’s spending most of his time defending our turf against other Villains he accidentally freed along with me. And my new psychic powers are not only impossible to control, but they’re also giving me migraines.


But it’s not all doom and gloom. My skills are improving every day, and Raul—aka the Mad Bombardier—and I have never been happier. That is, until my first solo job is interrupted by a mysterious woman who tells me that Raul has been kidnapped by a ruthless new Villain. The only way to free him is to do a job for Maggot, a man with scary ideas and an even scarier superpower.

I can’t go to the cops or a Hero for help. Odds are they wouldn’t listen to me anyway. If I fail, Raul will be killed. If I succeed, we’ll both be bound to a man who’ll stop at nothing to put Panopolis on the path to civil war.

It looks like the only way to win is to take out the competition.


Read my five-starred review for Where There's Fire.

Read my five-starred review for Where There's Smoke. 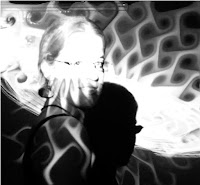 Cari Z was a bookworm as a child and remains one to this day. In an effort to combat her antisocial reading behavior, she did all sorts of crazy things, from competitive gymnastics to alligator wresting (who even knew that was legal!) to finally joining the Peace Corps, which promptly sent her and her husband to the wilds of West Africa, stuck them in a hut, and said, "See ya!" She also started writing, because some things she just thought she could do better. She's still climbing that ladder, but can't stop herself from writing, or from sharing what she creates.

Cari enjoys a wide range of literary genres, from the classics (get 'im, Ahab) to science fiction and fantasy of all types, to historical fiction and reference materials (no, seriously, there are so many great encyclopedias out there). She writes in a wide range of genres as well, but somehow 90% of what she produces ends up falling into the broad and exciting category of m/m erotica. There’s a sprinkling of f/m and f/f and even m/f/m in her repertoire, but her true love is man love. And there's a lot of love to go around.

Cari has published short stories, novellas, and novels with numerous print and e-presses, and she also offers up a tremendous amount of free content on Literotica.com, under the name Carizabeth.

Giveaway
The winner of the Where There's Fire blog tour will work with Cari to name a character in the next Panopolis novella! Comment on this blog tour to enter in the drawing. Entries close at midnight, Eastern time, on July 18. Contest is NOT restricted to U.S. Entries. Please leave your email in your comment so we can contact you if you win!