Book Spotlight: A Change for the Good by Melanie Jayne 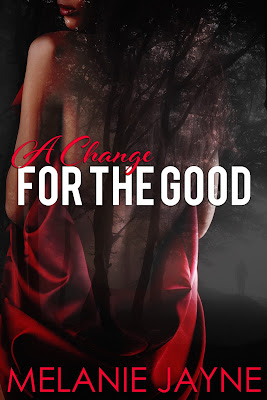 About A Change for the Good
Two people starting over, making much needed changes in their lives.

Zoe crawford has moved to a new city after being dumped and humiliated by her ex-husband. She is going to put her wants and needs first and get her life in order.

Tony Alessi has returned to his hometown to rehab his body and soul, leaving his ATF career behind.

When Tony meets Zoe, he likes what he sees. She appreciates the attention from the younger man but doesn't want to participate in a cougar challenge. As Zoe learns to trust Tony, she admits to some odd happenings in her life. The feelings of being followed, call hang ups and an apartment break-in. When the attacks turn physical, she accepts Tony's help.

Soon Zoe's life is threatened, the couple hides in Tony's cabin and grow closer as they discover who they were and who they hope to be.

Will Zoe's past ruin her chance to change her life for the good?

Add A Change for the Good on Goodreads.

Purchase A Change for the Good on Amazon. 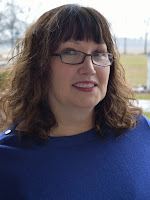 Melanie Jayne lives on a grain farm southeast of Indianapolis, Indiana with her very patient husband of twenty-five years and their two English Mastiffs, Buster Brown and Ginger. She graduated from Indiana University when it was the number one party school in the country and she took great pride in helping the school achieve that ranking.

She hasn't figured out what she wants to be when she grows up. She's changed careers every decade. She has worked in retail, a federal courtroom, traveled across the state closing loans, and behind the scenes in a casino.

She's always had an active imagination so when a good friend suggested that she try writing a book, she thought why not, it should be fun. It has been, but she has had to work very hard to learn how to do it. She's so lucky to receive the outpouring of advice and education from so many in the industry, plus the hand-holding and cheerleading from My Gurls. She also has an incredible Ad-man-istrative Assistant who tries to keep her under control. He rolls his eyes so much that she worries about a permanent condition.

When she is not working or writing type stuff, she sleeps, and watches courtroom TV shows and sports. She was a competitive pro-am ballroom dancer for ten years and reads as many books as she can.

She loves to attend Author-Reader Conventions and looks forward to meeting you.

Excerpt from A Change for the Good 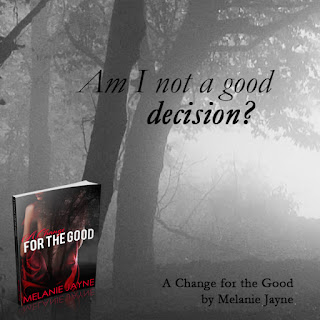 Patty cleaned the area. “So, you’ve caught on that the Alessi men are tough on the outside but mush on the inside when it comes to those that they love?”

“I don’t know about love.” Zoe started bouncing her foot. Talking about love and their relationship made her uncomfortable.

“Stay still,” Patty scolded. “Who are you trying to fool? Tony loves you. He’s a great guy and he’s getting back on track. What’s the matter? Isn’t he good enough for you?”

“No. That’s not it at all. He is a good man. I mean, don’t you worry that I am so much older?” Zoe dreaded the answer.

“Listen, the age thing is hard to avoid but you can’t help when you were born any more than Tony can. You two fit together like puzzle pieces. Wouldn’t you want him to be in your life every damn day?”

Patty stopped working on Zoe’s forehead and stepped back to stare into her eyes.

Patty knelt in front of her, her tone softened, “Look Zoe, I had cancer and it changed my outlook on life. I appreciate what I have so much more. It was a terrible way to learn that lesson.” She took Zoe’s hand and held it between both of hers. “You seem to be a good person and Tony cares about you. He told me that, straight up. I know him and he’ll be a good partner. When he gives his word, he means it. He won’t screw around behind your back. In fact, if he is anything like his brother, he’ll drive you crazy trying to make you happy. Would that be such a terrible fate?”

A Change for the Good Giveaway