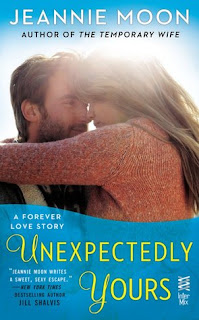 Caroline Rossi has always been the "smart sister" while her older sister was the "pretty" one. She's always lived up to the expectations other people have had of her, including having a job as geotechnical engineer. But Caroline's love of writing love stories is something she seriously wants to pursue, if only her family would give her the support she needs instead of labeling it as just a hobby. She finds a surprising ally in the guy she's had a crush on since she was twelve--millionaire, and her sister's brother-in-law, Josh Campbell.

Josh Campbell is surprised to find himself drawn to his brother's sister-in-law. They've known each other for years and they see each other during family gatherings but all it takes is one unforgettable night together to have Josh seeing Caroline Rossi in a whole new light. However, Josh keeps things platonic, believing Caroline deserves to be with someone better. But love sneaks up on them unexpectedly and when their families start interfering, Josh and Caroline will have to stand their ground to stay together.

Unexpectedly Yours is the second book in the Forever Love series from Jeannie Moon and is about Caroline Rossi and Josh Campbell, younger sister to Megan Rossi and older brother to Jason Campbell from The Temporary Wife, respectively. I loved how Caroline and Josh had been around each other for years and while Caroline may have had a crush on him, their coming together as a couple was truly unexpected. Even after that one night together, they were able to have this genuine care and concern for each other and formed this honest-to-goodness friendship that proved to be a great foundation for them to have a relationship. They were sweet to and supportive of one another that I couldn't help ooh and aah.

I was rather surprised how much my opinion of Meg changed while reading this second book. I never really saw her as this meddlesome and overbearing older sister but that was exactly what she was. I understand that she had her own personal opinion of Josh because of her past with Jason, but if Meg was able to get over Harper Poole, a woman Jason slept and still works with, then you would think she would be more accepting and understanding of her husband's brother. This was a woman who didn't like being judged by the Campbells, yet did exactly that when it came to Josh. Jason needed to rein her in every once in a while, but he seemed comfortable stepping aside instead of letting her know whenever she was wrong.

Setting aside my feelings toward Meg, I must say that I enjoyed this second book far more than I did its predecessor. There was drama but there wasn't the kind of angst that was rampant in the first book. There was also this wonderful dynamic between Jason and Caroline that made them such an easy couple of lead characters to fall in love with and cheer on as they worked their way to a happily ever after they deserved. Theirs was a story about taking chances and going after the things that will bring happiness and contentment and never having to settle for what everyone else thinks is okay. Out of all the five books that I've read in the series so far, Unexpectedly Yours is definitely my favorite. This gets five out of five stars. ♥