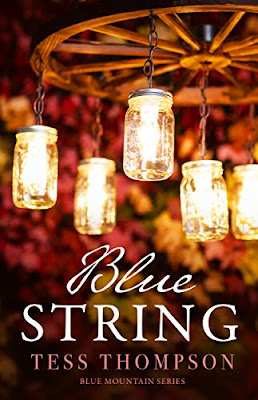 About Blue String
Costume designer Teagan Lanigan only has time to love her work and the young son she’s raising by herself. But when she decides to give up the glitz and glam of the film industry for a quiet life near her family, she’ll face two unique challenges: reconciling with her estranged mother, and trying to forget her fling with a very famous country music star.

Yet when Wyatt Black suddenly appears on Teagan’s porch, forgetting him is no longer an option. The man who wooed her with sensuality and song is just a shell of himself. Fragile and depressed, he’s carrying the weight of the world on his broad shoulders, and Teagan can’t turn him away. But when the pair find themselves in the middle of a murder investigation, it will be more than just Wyatt’s troubles and the duo’s lingering feelings for each other that leave them tied up in knots.


In the fourth installment of USA Today bestselling author Tess Thompson’s Blue Mountain series, fall in love with the thrills of a genuine small town mystery and the heartwarming redemption that can only be found in the eyes of true love. 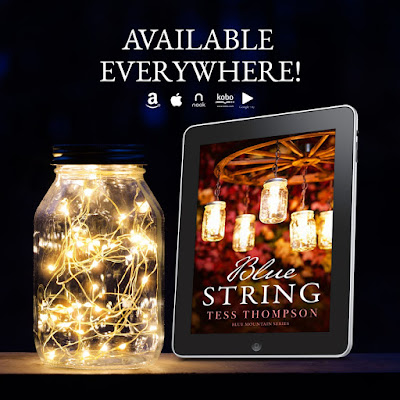 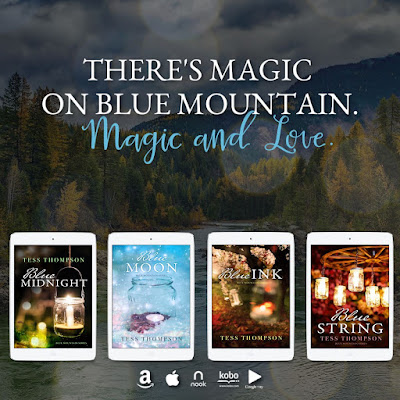 USA Today bestselling author Tess Thompson writes small-town romances and historical romance. She started her writing career in fourth grade when she wrote a story about an orphan who opened a pizza restaurant. Oddly enough, her first novel, Riversong, is about an adult orphan who opens a restaurant. Clearly, she's been obsessed with food and words for a long time now.

With a degree from the University of Southern California in theater, she’s spent her adult life studying story, word craft, and character. Since 2011, she’s published 25 novels and 5 novellas. Most days she spends at her desk chasing her daily word count or rewriting a terrible first draft.

She currently lives in a suburb of Seattle, Washington with her husband, the hero of her own love story, and their Brady Bunch clan of two sons, two daughters and five cats. Yes, that's four kids and five cats.

Tess loves to hear from you. Drop her a line at tess@tthompsonwrites.com or visit her website at https://tesswrites.com.