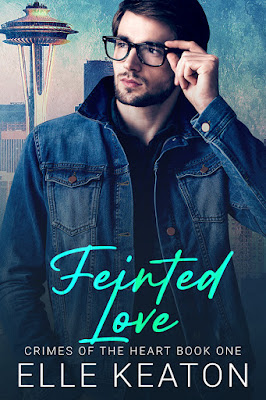 About Feinted Love
A gambit for love and a half-baked revenge plot; one hot Seattle summer…
Arnie
One minute I’m minding my own business enjoying the sunshine, next I’m wearing my iced coffee.
I’m going to teach Tobias Barrington a thing or two; the first: you don’t always get what you want. I have no idea what the second is, I’ll cross that bridge when I come to it.
Falling in love with Tobias is not on my list of lessons.
Tobias
I've never forgotten Arnie Ferguson, or the night we had together. When I find him again, I want to get to know him—as more than a friend.
I may come from a wealthy family; but I know better than most that money can’t buy happiness. But brash, socially awkward Arnie Ferguson makes me think happiness is possible when you let your heart chose.
Feinted Love is a first person, dual POV, following Arnie Ferguson and Tobias Barrington as they do their best to awkwardly fall in love. No cliff hanger, HEA guaranteed. Heat level, 3+. 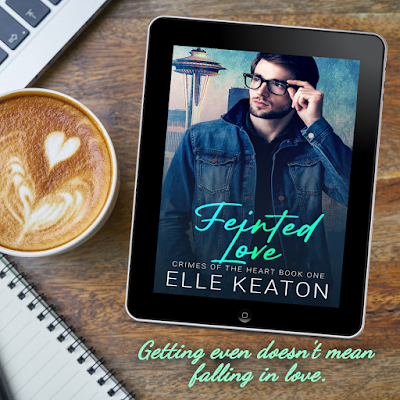 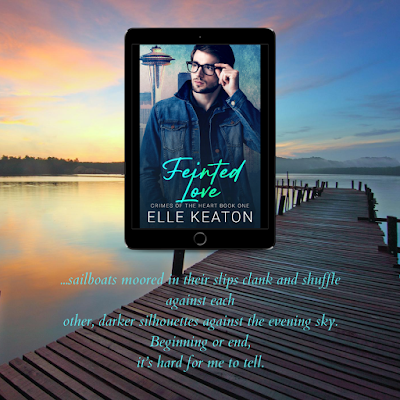 An Excerpt from Feinted Love
Tobias Barrington is so damn handsome. If I could’ve dreamed up a man just for myself, Tobias would’ve been my special order; he is everything I crave, and he has extra toppings. Thick black hair that curls up at the ends as it grows longer, pale skin—this close I can see a faded scar at one corner of his luscious lips. And blue eyes, the kind that are almost green but not quite, eyes I could lose myself in.
Tobias’s eyebrows draw together. “Are you sure you’re okay?”
I nod, stepping back and out of his grasp. “Yeah, sorry, I just got off work.” I gesture behind myself. “I was in the pit today, uh, washing dishes; it was really hot in there.” Anything to get Tobias to ignore my awkward daydreaming. Although telling him I’ve been washing dishes at my just-over-minimum-wage job doesn’t make me feel much better.
“Oh, I bet, it’s hot today.” Tobias smiles.
If I’d thought I was in dangerous territory a minute ago, now my internal alarm bells are clanging so loudly I’m pretty sure I can actually hear them. Tobias’s smile is brilliant.
“Can I buy you a drink? I bet you’re dehydrated. And I kind of owe you one,” he says quietly.
Tobias has a dimple in one cheek. Fuck.
“A drink?” I echo. What does he owe me a drink for?
Tobias’s smile widens further. I don’t know what to do. The dimple is distracting me.
“Yeeesss, a drink, a liquid, something to hydrate you.” He chuckles. “The Madison Pub’s patio is open. So is the Blue’s. You could probably use a little time outdoors; you said it was hot in there today.”
Someone bumps into me as they move around the two of us to enter the coffee shop. I have the dual realization that we’re blocking the door and that no way should I have a drink with Tobias. Except I want to.
Why am I thinking about passing up this opportunity? I can have one drink. It’s probably a really bad idea—I’m not prepared—but I’m going to do it anyway. After all, he said he owed it to me.
“Um, I have to get up early,” I babble.
Really, Arnie? Get up early? This is why I hardly ever got into trouble when I was a kid: I learned early on that I could not lie.
Tobias checks his watch, a silver Rolex with an indigo face. “It’s only three thirty. But if you can’t, that’s okay. Maybe another time?”
Is it my imagination that Tobias seems disappointed?
“I, um, have an appointment,” I fib. “I can’t stay for long. And I stink,” I blurt out. An appointment? All I could think of was an appointment? “An interview, I mean.” I hope, anyway, someday to have an interview.
Tobias had started to turn away, but at my words he turns back. “We can sit on the patio, and you smell fine to me.”
I look around for Charley Hunter. The last few times I’ve seen Tobias he’s been with that absolute tool of a friend, or whatever he is.
“Where’s your friend?” I ask. “The skinny blond with the terrible sense of humor?”
Tobias chuckles again. I nearly die. Still, I manage to scowl and narrow my eyes.
“I’ll have a drink with you, but not if he’s going to show up.” I look around as if Charley might be hiding behind Tobias or maybe in the shrubbery.
“Charley has an event tonight. He’s busy getting ready.”
“Is he planning his own funeral? That’s an event I’d attend.”
“If you come have a drink with me, I’ll tell you.”
How could I resist? 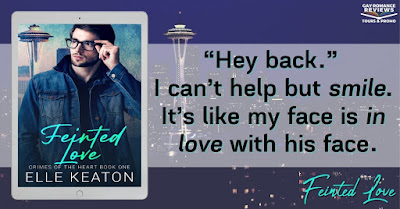 Elle Keaton hails from the northwest corner of the US known for rain, rain, and more rain. She pens the Accidental Roots, Never Too Late, Hamarsson and Dempsey and Home in Hollyridge series, all set in the Pacific Northwest. Elle’s books feature hot mm romance with the guarantee of an HEA. The men start out broken, but they always find the other half of their hearts. 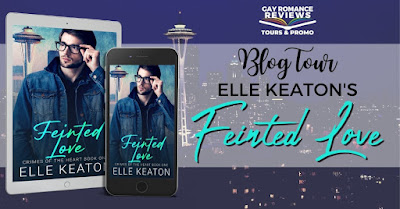