Book Spotlight: Here for You by Pat Simmons 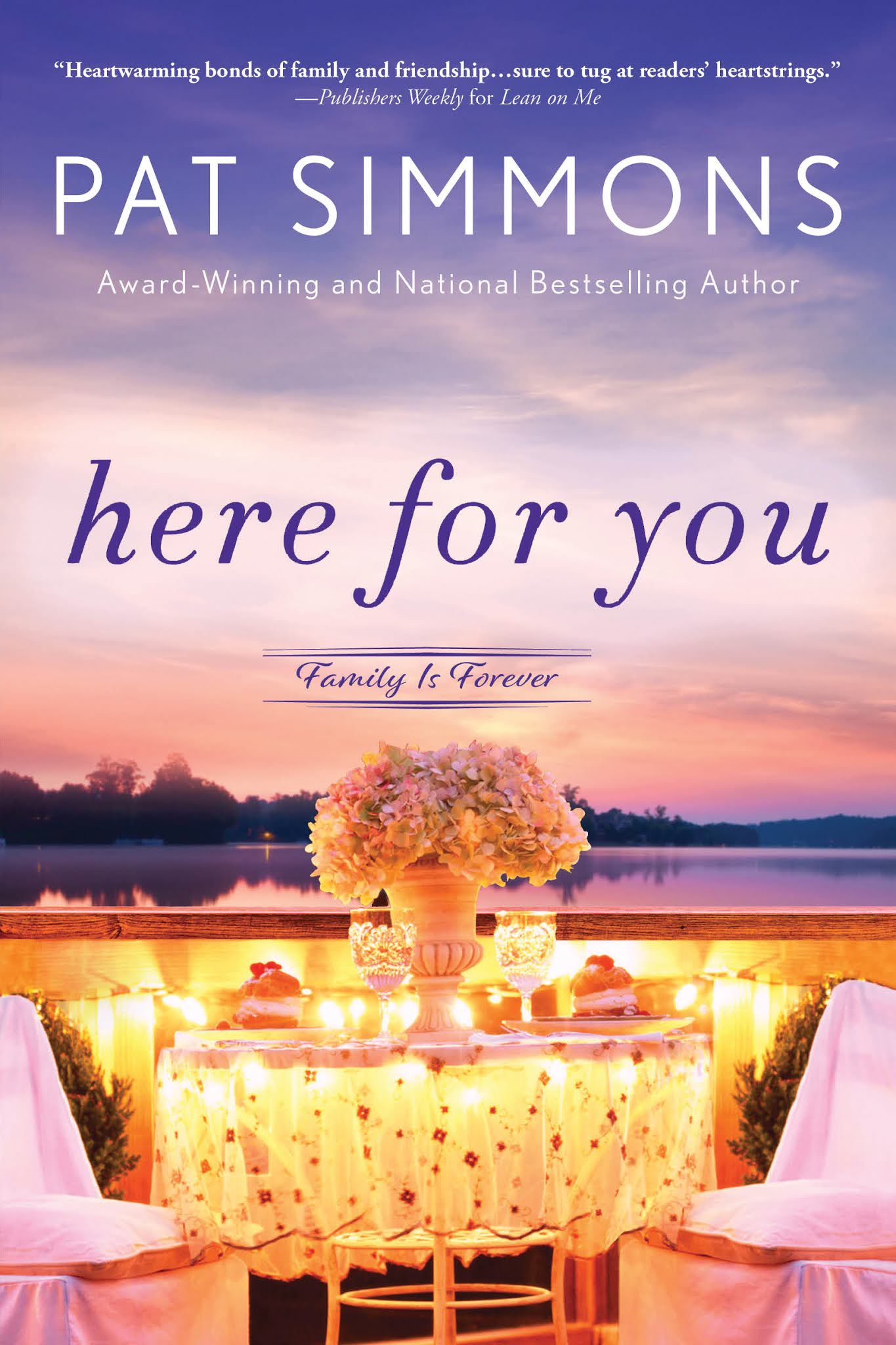 About Here for You
Emotional, poignant women’s fiction from acclaimed inspirational romance author Pat Simmons featuring a hero and heroine who are better at taking care of other people than themselves, a dark moment that shakes their faith, and a profoundly satisfying happy ending.
Caregivers sometimes need a little TLC too.
Rachel Knicely’s life has been on hold for six months while she takes care of her great aunt, who has Alzheimer’s. Putting her aunt first was an easy decision—accepting that Aunt Tweet is nearing the end of her battle is far more difficult.
Nicholas Adams’s ministry is bringing comfort to those who are sick and homebound. He responds to a request for help for an ailing woman but when he meets the Knicelys, he realizes Rachel is the one who needs support the most. Nicholas is charmed by and attracted to Rachel, but then devastating news brings both a crisis of faith and roadblocks to their budding relationship that neither could have anticipated.

Add Lean on Me on Goodreads.

About Pat Simmons
Pat Simmons is an author of more than thirty-five titles and a self-proclaimed genealogy sleuth who is passionate about researching her ancestors, then casting them in starring roles in her novels.

Pat holds a B.S. in mass communications from Emerson College in Boston, Massachusetts. She has worked in various positions in radio, television, and print media for more than twenty years. For fourteen years, she oversaw the media publicity for the RT Booklovers Convention. She lives with her husband in Florissant, Missouri.