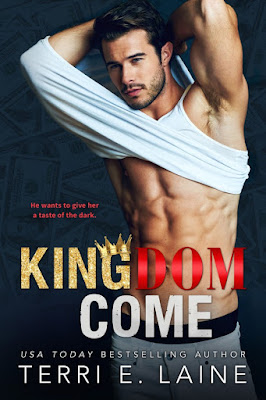 Kingdom Come
by Terri E. Laine
Release Date: September 30, 2020
About Kingdom Come
Her
Nice girls can’t have fun.
That’s the lie I’ve been taught to believe.
Stand straight, sit tall, manners, manners, manners.
But this smart mouth girl needs more than that.
In walks a guy with a face like a model.
Body of a god and dressed like a biker.
Exactly my type.
He acts indifferent which is the challenge I need.
By the time I’m done, he’ll be begging for more.
Only in end, it might be my heart that gets broken.
Him
She’s a princess and I’m no prince.
I’ve got more skeletons in my closet than a graveyard.
My tastes run dark.
The women I go for run hotter.
As beautiful as she is,
The last thing I’m looking for is arm candy.
I don’t do girlfriends or relationships not on my terms.
The best thing she can do is walk away.
Only one taste isn’t enough.
By the time this is over, one of us will break.
It isn’t supposed to be me.
Kingdom Come is part of a duet and is NOT standalone. The story concludes in Kingdom Fall. 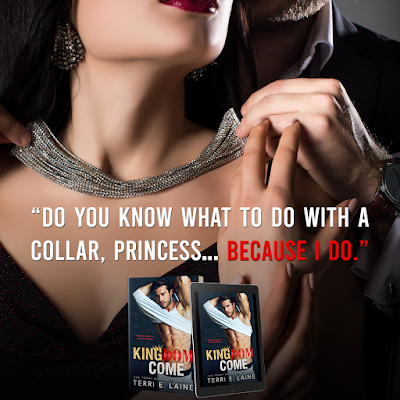 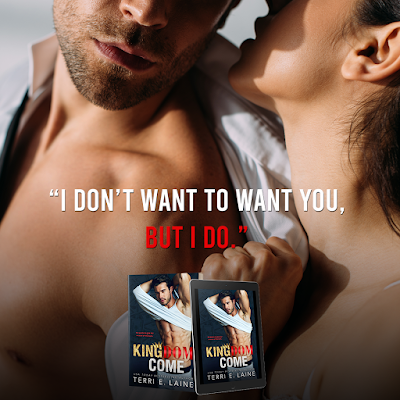 About Terri E. Laine
Terri E. Laine, USA Today bestselling author, left a lucrative career as a CPA to pursue her love for writing. Outside of her roles as a wife and mother of three, she’s always been a dreamer and as such became an avid reader at a young age.
Many years later, she got a crazy idea to write a novel and set out to try to publish it. With over a dozen titles published under various pen names, the rest is history. Her journey has been a blessing, and a dream realized. She looks forward to many more memories to come.
Connect with Terri
Website | Facebook | Twitter | Instagram | Goodreads | BookBub | Amazon | Newsletter