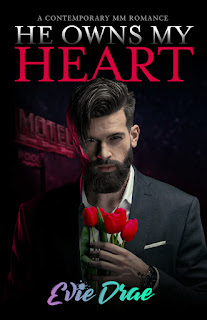 Note: An advanced reader copy (ARC) was provided by the author via Xpresso Book Tours.
Thirty-five-year-old Landon Jenks may have achieved things in his storied professional baseball career that others would envy, but being a four-time Golden Glove awardee and winning the World Series with the Chicago Cubs doesn't keep him warm at night. He's lonely and he craves the companionship of a partner. Unfortunately, he isn't able to find someone to be with, not when his contract with his reality show clearly prohibits him from disclosing just how single he is. In order to soothe his aching heart, desperation has him turning to an escort service, which leads him to twenty-six-year-old Toby Carmichael. In all his time being an escort, Toby has never experienced being with someone like Landon. He's gobsmacked being in the presence of this man, but all it takes is one kiss to knock him off his proverbial feet, sending his cynical heart into free fall. He isn't alone in falling either, what with Landon being right their with him. When Toby's dark past threatens to blot out the light and love that he's found with Landon, he fears that there can be no hope of a happily-ever-after for them. However, Landon isn't going to let Toby go without a fight.
Color me surprised. He Owns My Heart is the first in the Owned Heart, Body, & Soul series from Evie Drae, and while I went into this series starter thinking I was in for a dark and heavy read, it turned out to not be as dark as I assumed it would be. That isn't necessarily a bad thing. There are heavy themes, particularly those the author notes in the book's official blurb, and there is certainly quite a bit of angst (and if you're familiar with my reviews, you know how angst is my jam), but there's a surprising sweetness to this that was unexpected but something that I welcomed nonetheless. There's also a lot of steam, so don't think that this is a "clean" romance simply because I called it sweet. While the story captured my attention, the main characters had a hold on my heart. Yes, prepare yourselves for a cheesy play on the title: Landon and Toby owned my heart. I loved getting to know both of them, and after everything they had been through, I believed that they truly deserved the happily-ever-after that was owed to them by the universe. I'm definitely looking forward to seeing where this author takes this series next. This snags 4.5 stars. ♥
Date Read: 17 September 2020
Learn more about Evie Drae.
Purchase He Owns My Heart on Amazon.