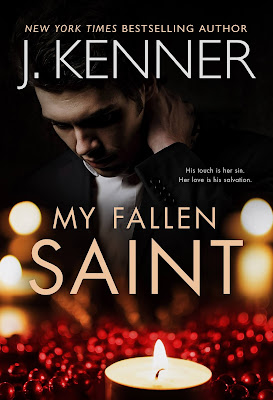 My Fallen Saint
(Fallen Saint #1)
by J. Kenner
Date Released: September 15, 2020
About My Fallen Saint
His touch is her sin.
Her love is his salvation.
Charismatic. Confident. Powerful. Controlling.
A brilliant investor with a Midas touch, Devlin Saint turned a modest inherited fortune into billions, and now operates one of the world’s foremost international philanthropic organizations. He’s a man determined to help the underprivileged, to fight injustice, and to make the world a better place. And that, at least is true.
It’s not, however, the full truth.
Because Devlin Saint is a man with a dangerous secret. One he’ll do whatever it takes to protect. And when investigative reporter Ellie Holmes turns her attention to an unsolved murder, she finds herself caught in a web of intrigue and passion as Devlin draws her closer and closer. But as the intensity and sensuality of their relationship grows, so do Ellie’s suspicions. Until she is no longer certain if the heat between her and Devlin is real, or only a facade he constructed to hide his dark and twisted secrets. 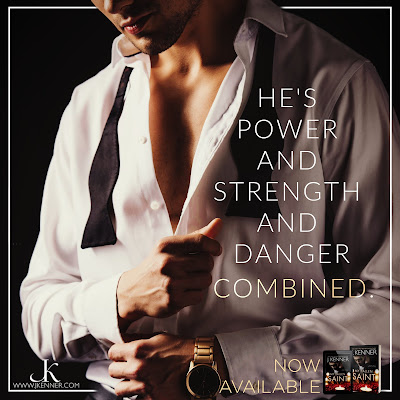 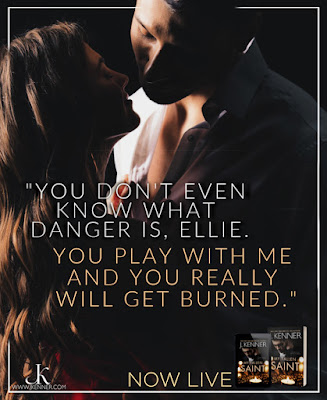 An Excerpt from My Fallen Saint
I cross the patio, clearing the south side of the building. To my left, I now have a straight-on view of the SeaSide Inn, the small hotel on the other side of PCH that has been a fixture of Laguna Cortez for as long as I can remember.
At one point, my uncle actually owned it, along with a few others around town. I even helped decorate the office, in so much as going to Home Depot and looking at paint chips counts as helping. Or decorating.
I turn the other direction so that I’m facing the ocean. The tidal pools are only a short walk away, and I take a step that direction, then stop. The tidal pools had been our place, mine and Alex’s, and I’d cherished that time among the clusters of porous gray rocks that rose out of the long, empty stretches of sand. It was the place he’d first kissed me. A place I always felt safe.
More, it’s a place I haven’t been back to since he left.
I’m not sure if it’s in defiance of or protection for those memories, but I can’t bring myself to go back now. Instead, I turn once again toward the highway and start walking forward, the south wall of the foundation on my left.
From this perspective, I can see the fourth floor balcony, and I know from the article I read about the building’s architecture that I’m looking at Saint’s private office. Not that I can see much. From where I’m standing, my view is of the underside, a hint of the balcony’s glass barrier, and only the tiniest glimpse of the glass door leading inside. Even so, I pause for a moment, imagining that Saint’s standing at his window, and that he’s watching me, too.
I frown, wondering what came up that forced him to postpone our interview. Did he leave town? Or is he right now in his office? Hell, maybe he really is at his window looking down at me.
There’s no reason he would be, of course, and so I continue walking the length of the building so I can circle around and get back to Shelby.
But with each step, that tingling sensation becomes stronger, the uncanny sensation of being watched. It’s not something I can ignore. Hell, I was raised by a cop and was on the job for two years myself before going back to school.
Mid-stride and without warning, I turn and look behind me. At the ocean. The path to the tidal pool. And the balcony off of Devlin Saint’s office.
That’s where he’s standing.
A man lost in the shadows cast by the building that shelters him.
It has to be Saint.
And he’s watching me. 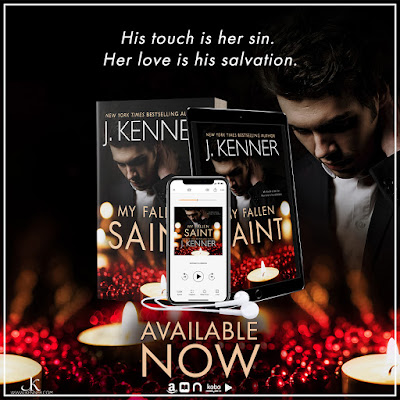 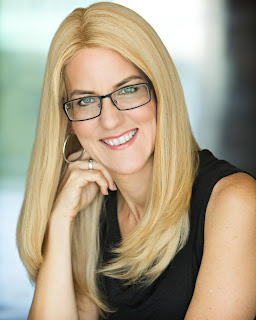 J. Kenner (aka Julie Kenner) is the New York Times, USA Today, Publishers Weekly, Wall Street Journal and #1 International bestselling author of over one hundred novels, novellas and short stories in a variety of genres.
Though known primarily for her award-winning and internationally bestselling romances (including the Stark and Most Wanted series) that have reached as high as #2 on the New York Times bestseller list and #1 internationally, JK has been writing full time for over a decade in a variety of wide variety of genres.
JK has been praised by Publishers Weekly as an author with a “flair for dialogue and eccentric characterizations” and by RT Bookclub for having “cornered the market on sinfully attractive, dominant antiheroes and the women who swoon for them.” A six-time finalist for Romance Writers of America’s RITA award, JK took home a RITA trophy in 2014 for her novel, Claim Me, and again in 2017 for her novel, Wicked Dirty.
In her previous career as an attorney, JK worked as a clerk on the Fifth Circuit Court of Appeals, and practiced primarily civil, entertainment and First Amendment litigation in Los Angeles and Irvine, California, as well as in Austin, Texas. She currently lives in Central Texas, with her husband, two daughters, and two rather spastic cats.
Connect with J. Kenner
Website | Facebook | Twitter | Instagram | Goodreads | BookBub | Newsletter