Book Spotlight: Any Luck at All by A.R. Casella & Denise Grover Swank 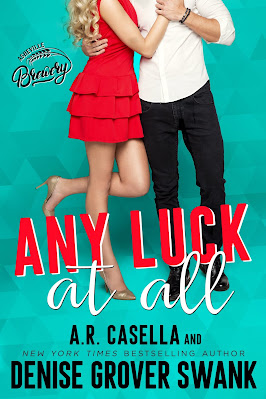 Any Luck at All
(Asheville Brewery #1)
by A.R. Casella & Denise Grover Swank
Date Released: September 22, 2020
About Any Luck at All
Georgie Buchanan doesn’t know the first thing about running a brewery—she doesn’t even like beer—so she’s thrown when her grandfather leaves his business to her and her three siblings. Selling Buchanan Brewery would be the prudent approach, and while Georgie is, first and foremost, a businesswoman, keeping it might be her best chance of connecting with her half-brother, Jack. But she quickly learns that what she thought was a fixer-upper is a money pit, the employees are all eccentric to the extreme, and her inheritance comes with a shocking catch. Her one hope for success lies with River Reeves, the handsome brewmaster who learned at her grandfather’s feet...if she can avoid falling for him.
After learning his best friend and boss is selling the brewery they built together to a soulless corporation, River quits on the spot, only for Georgie Buchanan to offer him a job the very same night. Helping her turn Buchanan Brewery around is his dream job, the perfect homage to the man who taught him everything and helped give him roots. There’s one problem: his new boss is his dream woman, and she’s not the type to mix business and pleasure. Balancing a new job, a new puppy, and a growing infatuation with his boss, River knows something has to give.
If Georgie has any luck at all, she’ll be able to turn Buchanan Brewery around without losing her mind or her heart. But as River helps her weather everything from her uncle’s possessed cat to a séance, she realizes she might be wishing for the wrong kind of luck.

An Excerpt from Any Luck at All
Beau had about a dozen tasting cups from various beer festivals, souvenirs he’d kept in the way people hoard things they like, and River had arranged them in two rows on the dining room table—one tasting cup each for each of the beers he’d picked out. A few fruity ones since Georgie liked wine and cocktails, plus a lager, a gingerbread Christmas beer, and a chocolate cherry porter he’d made for Valentine’s Day. She’d never experienced everything that was possible with beer, so he’d figured he might as well offer a wide selection to show her.
They’d made it through all of the fruity ones, which she’d liked more than the amber, plus the lager, which had made her scrunch her nose in a cute way, and the gingerbread. The chocolate cherry was the last one he’d chosen, and he did a drumroll on the table as she lifted it to her lips.
She held it back from her mouth, laughing a little. “If you’re not careful, you’re going to make me laugh when I’m drinking, and this one’s going to end up on your shirt too.”
“Maybe I want it to,” he said. “It might balance out the smell of the other one.”
She made a face and then sipped it, and from the way she kept drinking, he knew they had another winner.
“What do you taste?” he asked as she pulled it away from her lips, which glistened a little from the liquid.
“Mmm. That one was maybe my favorite, even better than the peachy one. Chocolate and cherries but not too sweet.”
“That’s what I like to hear,” he said, making a plus mark next to it in the little chart she’d made. Leave it to a businesswoman to carry around a notepad and pen in her purse. A monogrammed notepad.
“Only one minus and five pluses,” he said. “Guess you like beer more than you thought.”
She grinned at him, a wider, looser grin than earlier. “I guess maybe I do. Although you’re being a little generous with those plus signs. I said the mango sour was interesting. That was a nice way of saying I’m not going back for seconds.”
He hammed up a dramatic frown as he scribbled out the plus sign and added a minus sign next to it on the chart. “Demoted! Does this mean I have to be suspicious of anything you call interesting?”
“No, just the mango sour.” She paused, meeting and holding his gaze. “You, River Reeves, are quite interesting.”
Her eyes sparkled as she said it, and he felt warmth pulse through him. He found her interesting too, and he was running out of reasons why he shouldn’t. She planned on staying, on restoring Beau’s brewery, and he had no doubt she had the brains and means to do it.
But this woman had been to business school—she’d formed a business from nothing—and he was almost thirty and still a few community college classes short of a degree. He’d fumbled his way into the job that he’d quit a few hours ago. He doubted he was Georgie Buchanan’s type, or at least her type for more than one night. And for some reason, that wasn’t what he wanted from her.
“I like the porter too,” he said, clearing his throat and reaching for his tasting cup. The moment shattered, like he’d meant it to. “We sold out at the brewery, but I brought a six-pack over to Beau’s. This one’s all that’s left.”
“I’m glad you did,” she said, reaching for the bottle the porter had come in. “I think I’m going to claim the rest of this one for myself.” 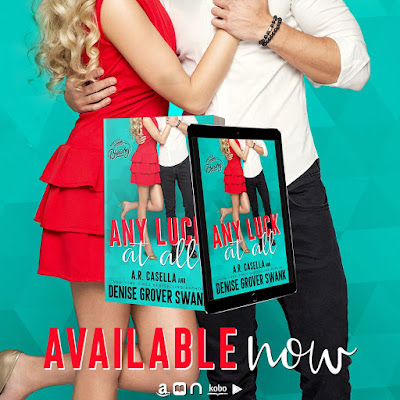 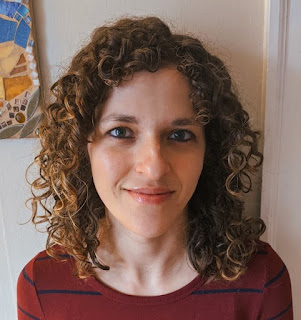 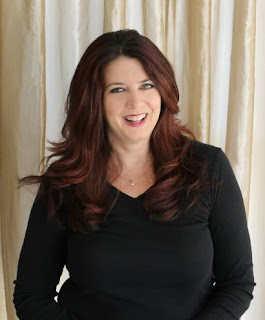 A.R. Casella is a freelance developmental editor by day, writer by night. She lives in Asheville, NC with her husband, daughter, two dogs, and a variable number of fish. Her pastimes include chasing around her toddler, baking delicious treats, and occasional bouts of crocheting. Any Luck at All, co-written with New York Times bestselling author Denise Grover Swank, is her first book.
*  *  *
New York Times and USA Today bestselling author Denise Grover Swank was born in Kansas City, Missouri and lived in the area until she was nineteen. Then she became a nomadic gypsy, living in five cities, four states and ten ho uses over the course of ten years before she moved back to her roots. She speaks English and smattering of Spanish and Chinese which she learned through an intensive Nick Jr. immersion period. Her hobbies include witty Facebook comments (in own her mind) and dancing in her kitchen with her children. (Quite badly if you believe her offspring.) Hidden talents include the gift of justification and the ability to drink massive amounts of caffeine and still fall asleep within two minutes. Her lack of the sense of smell allows her to perform many unspeakable tasks. She has six children and hasn’t lost her sanity. Or so she leads you to believe.