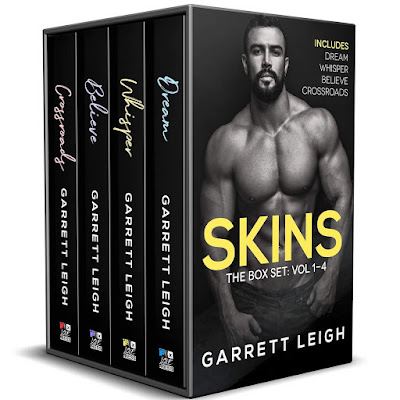 “I can’t get enough of this gorgeous series. Heartfelt and beautiful, I’m totally addicted."

Dream
When unrequited love leaves Dylan Hart sleepless and nursing his wounds, instinct draws him to the one place he's found mindless respite in the past—Lovato’s. It’s a place for every fantasy—where a night of insane NSA fun with former ballet dancer Angelo brings relief to Dylan’s fragile feelings.

Whisper
Lonely physiotherapist Harry Foster has the world at his feet. A full client list, a six figure Instagram following, and a publishing deal for a book he doesn’t have time to write until his agent offers him a break—a retreat to the wild south west coast.
Cornish horseman Joe Carter is lonely too. On paper, they have nothing in common, but Joe is beautiful…glorious, and when an accident puts his life in Harry’s healing hands, the whisper of true love is inevitable. If the trouble that put the farm on its knees in the first place doesn’t get in the way.
Friends to lovers, hurt comfort, horses, forced proximity

Believe
Flight paramedic Rhys Foster is hooked on adrenaline. By day it’s blood and guts, by night it’s the thrill of the club. Entertainer Jevon Campbell is a play therapist like no other—dancer, magician, acrobat. Their connection is instant. As the days slip by, Rhys must learn to believe he’s worth the happiness Jevon is offering.
Friends to lovers, first times, men in uniform

Crossroads
Angelo Giordano and Dylan Hart are more in love than ever. As the end of a tough year approaches, they reach a crossroads. Dylan returns to Cornwall for Christmas and Angelo can’t imagine watching him leave again. Can the love that surrounds them on Whisper Farm show them the way home?
Christmas novella, favourite characters, found family 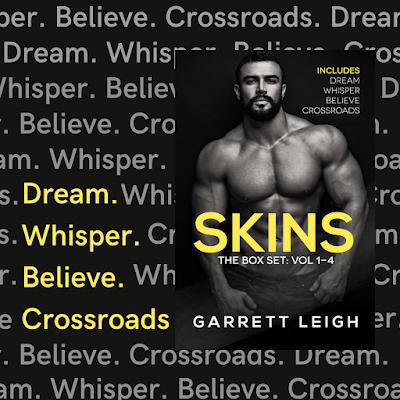