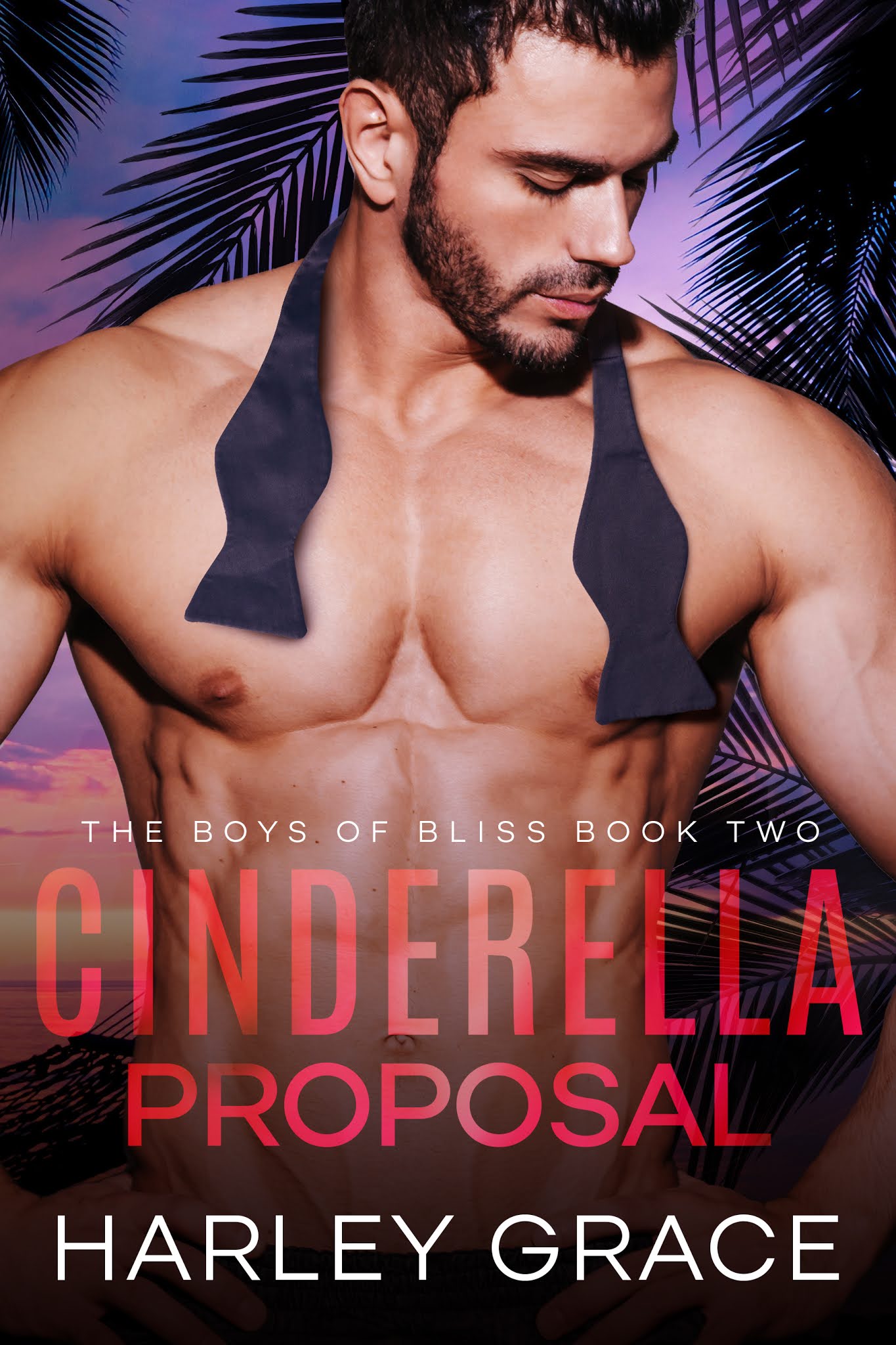 About Cinderella Proposal
David wasn’t expecting his ex to be at his friend’s wedding—especially not as the groom.
Six months ago, David’s relationship disintegrated, but when a colleague invites him to his wedding at the newest gay-friendly island resort right off the coast of Florida, he sees his chance to put himself back out there. It turns out groom number two is none other than his ex-boyfriend. He needs cover, stat, and in saunters the hottest little room cleaner he ever did see.
While David needs a fake boyfriend, Fin needs a bailout.
After getting kicked out of his house as a teenager, Finley Sweet is finally back on his feet. He’s got a good job at Bliss Resort, but when a self-made millionaire offers him a mountain of cash to be his fake boyfriend for a week, Fin leaps at the chance to change everything and get his inheritance back from his evil stepfather.
What starts as a business transaction becomes so much more, but there’s a time limit to their love, and the contract runs out when David goes back to the mainland. Only it’s more than a contract holding them together, and everything they want is right there if they can read between the lines. 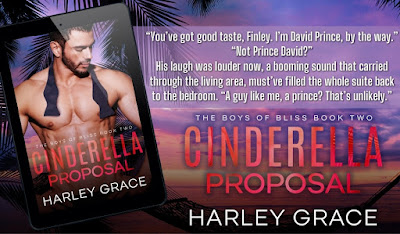 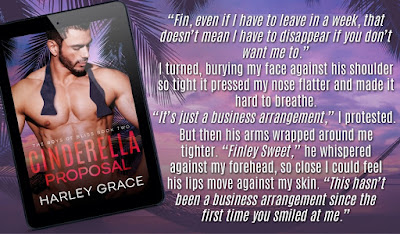 An Excerpt from Cinderella Proposal
“Oooh,” Chet agreed with a sigh, setting a hand on Eric’s chest and making a sad face. “That’s right. Everyone’s bringing someone. Everyone except David.”
Eric flinched and glanced at me from the corner of his eye.
I should have kept my mouth shut. Every brain cell that was still functioning screamed at me to shut up, get on the elevator that was opening behind me, and go to my room. Mope, suck it up, go to Chet’s wedding.
Let him have his tiny, irrelevant win.
“A whole week of playing third wheel, how depressing.” Chet sighed again and shrugged. “Well, you can have dinner with us, I suppose.”
I turned to face them, eyebrows raised, doing my best to look surprised. “What do you mean, everyone but me?”
Chet narrowed his eyes, suspicious. “You didn’t mark the plus-one box. You’re alone.”
“Aw shit,” I scrubbed a hand down my face and turned to Eric. “Did I really not mark it? My boyfriend is gonna be pissed.”
The smile Eric gave me in return was blinding. I’d never seen a man look so damn happy at the idea of someone else dating, but it looked good on him. It was easy to see why people found him attractive. “Oh, that’s no problem at all. I can add one person to everything, won’t even take more than a few minutes. I’m so glad you—”
“What’s his name?” Chet demanded, but Eric wrapped an arm around his waist and practically dragged him away.
“You have to help me, Chet, who do we talk to, to add a person to all the meals? There was an event coordinator, right?” Eric shot another smile over his shoulder and made the phone gesture while mouthing “if you need anything.”
And fuck.
Yeah, I needed something. I needed a boyfriend. 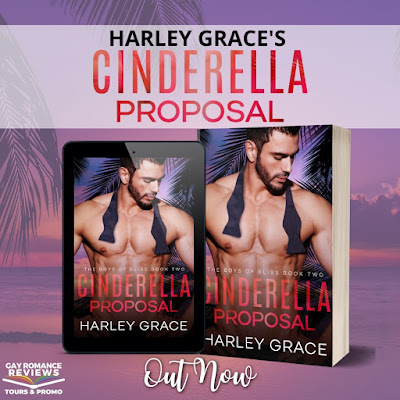 Harley Grace is an author duo in love with love. Writing M/M romance, they’re all about giving sugar, spice, and everything nice to their boys. They enjoy long walks on the beach, reading by the fireplace, and always looking at the lighter side of life. 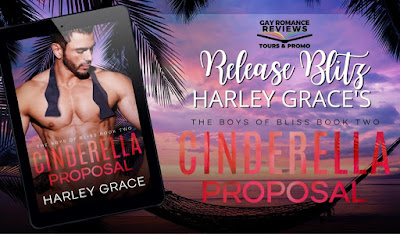