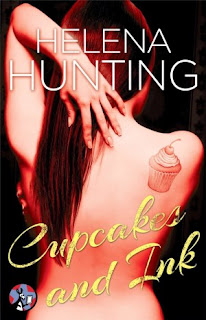 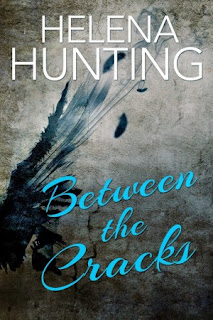 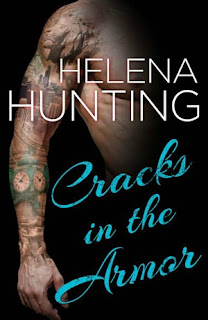 I've decided to go ahead and consolidate my reviews for the three novellas in the Clipped Wings series into one post, what with each of the stories being as short as they are. Cupcakes and Ink is a prequel novella, while Between the Cracks is the interlude novella--or maybe an extended epilogue--that links Clipped Wings and Inked Armor together and tells what happens after Tenley returns to Arden Hills, and then Cracks in the Armor is the prequel to Fractures in Ink. The first novella is told from the points of view of Tenley Page and Hayden Stryker, the second solely from the viewpoint of Chris Zelter, and the last one is told from the dual POVs of Chris and Sarah Adamson.

Cupcakes in Ink introduces readers to Tenley and Hayden, two individuals who are drawn to one another but unsure of what to make of it, never having experienced it before with anyone. There's a lot of hesitation and wariness but also a healthy--or maybe unhealthy, depending on how you see it--amount of curiosity. My own curiosity was certainly piqued right after having read this prequel novella, and I immediately jumped into Clipped Wings, where, of course we get a better idea of who Tenley and Hayden are and what kind of lives they once led before their paths intersected. For a prequel novella, Cupcakes in Ink worked well and it gets four out of five stars.

Between the Cracks gives readers a better idea of what Hayden decided to do after Tenley upped and left Chicago for Arden Hills. My heart broke for the poor guy because it was obvious that he wasn't dealing with Tenley's departure that well even without readers a blow-by-blow account of his poor coping mechanisms. It was interesting to have neither Tenley nor Hayden tell this part of the story and I mean that in a good way because it's a different but still intriguing perspective. I liked being able to see how the Inked Armor crew plus Sarah were as this close-knit unit that was more family than a mere circle of friends. I'm giving four stars to Between the Cracks.

Cracks in the Armor is the novella that shows that what Tenley's recovery from what happened to her prior to meeting Hayden is still a work in progress, plus it gives a bit of a deeper look at the relationship that Chris and Sarah share, one that we only got peeks at in the first two full-length novels and in the second novella. There's obviously a lot more going on with Chris and Sarah as individuals and the status of their relationship remains a question mark of sorts because these two have yet to figure out a way to be open about what it is they want. There was an over two-year wait but their story concludes with Fractures in Ink. 4.5 stars for Cracks in the Armor. ♥