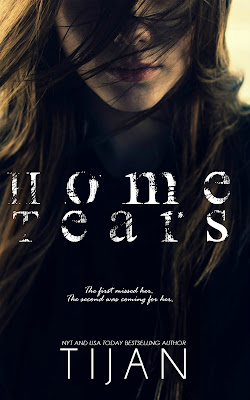 About Home Tears
Dani’s survived a lot of sh*t storms.

Her mother died. Her two sisters loathed her. One aunt hated her. The other was strangely distant, but the worst storm—being dumped by her childhood best friend/high school boyfriend/first love for her younger sister.

There went the one person who was hers and with that, the main reason she stuck around. So, she left for ten years. But now she’s back, and nothing’s the same.

With help from Jonah Bannon, a reformed—kind of—bad boy she remembers from high school, Dani uncov-ers family secrets that have spanned generations. And along with those, she’s about to face the biggest sh*t storm of her life.

Only this time, she may not survive.

Sign up to receive an email when Home Tears is up for purchase. 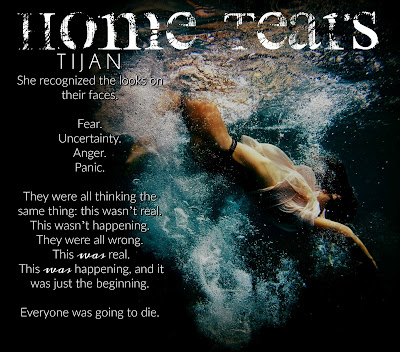 An Excerpt from Home Tears
“Why’d you push me earlier?”

She whispered now, “Ask me. Ask me again.”

His eyes met hers, narrowing slightly. He was looking into her, reading her.

She was letting him. There was no wall, no hesitation this time. She wanted him to know her, not just her body. All of her. A second passed. He was still searching in her. Another second. More. He waited a full thirty before asking, his voice so soft and tender, “What would you do if you found out another person cared about you? If you mattered to one more person?”

“Nothing.” She was trying to convey her feelings through her eyes. She wanted him to know so badly. “I wouldn’t run. I wouldn’t walk. I wouldn’t hide. I’d do nothing except stand and embrace it.”

His eyes darkened, an emotion passed in them, one that had her heart beating so fast again. “Yeah?” He let go of her hand, but touched the side of her face. He held her in the palm of his hand, and his thumb rubbed over her cheek. It was like he was smoothing away any lingering worries she might have. “What if I was that person?”

She leaned toward him, her eyes going from his lips back to his gaze. Both were pulling her in, making her yearn for more. “Then I’d say, I feel the same.” Her breath held in her throat. They were talking in code, but it was out now. She was telling him how she felt, and a second later, his lips were on hers.

This. She turned, wound her arms around his neck. This was everything.

About Tijan
Tijan is a New York Times, USA Today, and Wall Street Journal bestselling author that writes suspenseful and unpredictable novels. Her characters are strong, intense, and gut-wrenchingly real with a little bit of sass on the side. Tijan began writing later in life and once she started, she was hooked. She’s written multi-bestsellers including the Carter Reed series, the Fallen Crest series, and the Broken and Screwed series among others. She is currently writing Fallen Crest Six (untitled) along with so many more from north Minnesota where she lives with a man she couldn’t be without and an English Cocker she adores.