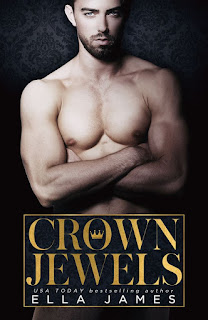 Lucy Rhodes may no longer be on a reality show but that doesn't mean she's home-free in terms of unwanted attention. She doesn't want the limelight that became so glaring that she decided to leave the very show that made her family both famous and infamous. She just wants to get on with her life but that doesn't mean she can't have her bit of fun. When she meets Prince Liam of Gael, the last thing she expects is for them to hook up, but hook up they did and it was supposed to be one night that she could look back on with a satisfied smile. However, fate--and Liam's swimmers--had other plans, resulting in an unexpected pregnancy that knocks Lucy's world off its axis. She's torn between telling Liam that they're expecting a baby and keeping her mouth shut. Could she really return to a world that will have cameras trained on her every move? She may have never originally expected to live out her own fairy tale with someone like Liam, but the more time they spend together, getting to know each other, the more Lucy wonders if she's met a royal prince all her own and if they can truly build a family and a life together.

Crown Jewels is the first novel in the Off-Limits series by bestselling author Ella James and it was one that grabbed my attention from the moment I read the synopsis for it. I was really excited to find out how a royal prince and a reality show princess were going to find their way to a happy ending especially since their beginning was supposed to be nothing more than a one-time thing that resulted in a two-lined surprised. Unfortunately, all that excitement and anticipation I felt fizzled out the more I got to know Lucy Rhodes, the hapless heroine in this story. Prince Liam wasn't exactly charming all the time, but he certainly appealed to me a more than Lucy did, even if there was more to her than meets the eye. There was also all these other secondary characters loitering about, and I'm sure that one or two of them are going to end up in future releases for the series, but I wish that more of the focus was kept on Lucy and Liam and maybe more attention had been given to making Lucy someone who actually evolved more by the end. All in all, Crown Jewels was okay and got off to a good start but ultimately left me wanting. Three stars. ♥