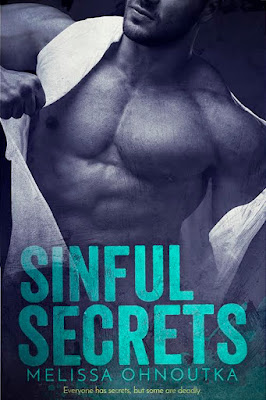 About Sinful Secrets
Event planner Joanna McNamee is scrambling to ensure her father’s company Christmas party goes smoothly, but one disaster after another has her convinced someone is trying to sabotage her career. With the help of a man from her past who she’s still not sure she can trust, she puts the pieces together and realizes her business is the least of her problems—a cold-blooded killer is out to destroy her father and take her as his prized possession.

The last thing Deputy Ryker Kane expects is for a simple truck hijacking to throw him back into the middle of the case he’d been forced to abandon, not to mention right into the arms of the sweet woman he’d let walk away ten years earlier. When he finds Jo Jo kidnapped and drugged, he has to use all his wits and skills honed from years as a detective to save them both. Despite the secrets between them, Ryker’s bound and determined to give them a second chance at love. 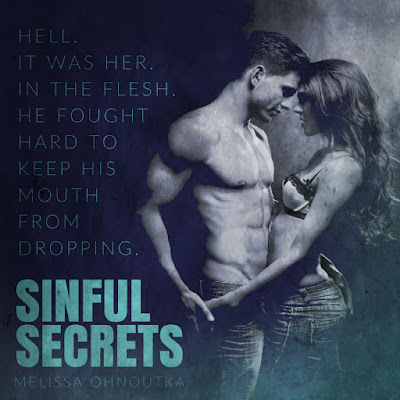 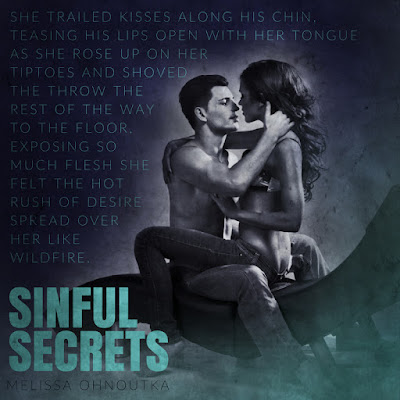 An Excerpt from Sinful Secrets
Almost there.

Snagging courage and strength from deep within, Joanna dared take a peek over her shoulder, inhaling slowly and letting the air out through her mouth. Over and over again. Nothing but darkness shrouded the road as far as she could see. Panic whipped up and circled inside her chest threatening to make her gag again.

Were they on foot?

She gave her head a good shake. The mere idea that they were close fired up the adrenaline. She wiped her arm across her mouth. Started to jog. Hurried her steps gradually. No time to lose control.

Ryker’s counting on you.

As her feet hit the loose gravel lining the station driveway, the ground shifted beneath her. Only an act of God kept her from the inevitable fall at the last second. Well, that and the wild flaying of her arms.

The sound of a car’s engine hummed off in the distance. And her entire body pulsed with a new surge of panic.

Got to keep going.

The muscles of her legs screamed in agony as she moved forward. But she ignored the pain and scanned the small station, trying to steady her ragged breath. The four pumps sat empty in front of the store, Interstate 10 looming beyond in its spaghetti bowl of twists and turns. Her gaze locked on the glass windows lining the front wall of the store’s building. A young man, not much bigger than her, worked behind the counter restacking the cigarettes. With thoughts of Ryker bleeding to death tormenting her every heartbeat, she made a beeline for the front door.

“I…I...nd…to…phone.” The clerk looked at her funny. She pulled her body through a small crack she managed to make with the door before pulling it shut behind her.

She bent at the waist again, trying to catch her breath and keep the nausea at bay. “Phone. I need your phone.”

“Yeah, sure, okay. Landline is on the fritz, but you can use mine.” He started to hand her his cell phone.

She couldn’t gulp down enough air to straighten. A sharp pinching pain poked against her right side. “Call 911. Need help. La Seine and a few streets over.”

He eyed her suspiciously for a moment.

He pulled the phone back in front of him and hit the numbers with his forefinger, then raised his hands high above his head. His eyes widened in horror.

“What are you doing?” Did the idiot think she was trying to rob him?

“You should have run track in high school, Joanna.” 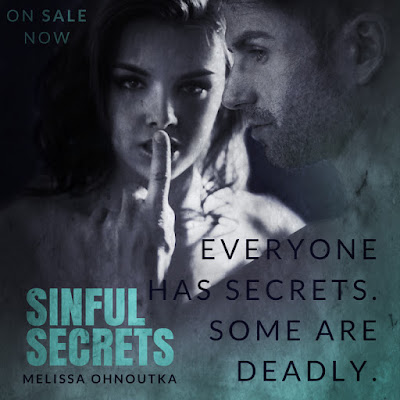 Melissa loves to write suspense in all genres. She is an active member of RWA and has served as Website/Publicity/Library committee chair for the Northwest Houston chapter. Born and raised in Texas, she tends to dream big and believes good conquers all. Her husband and three kids mean the world to her. When not writing, she enjoys spending time with the family, camping, snow skiing, photography, painting and just goofing off around the house. You can learn more about her writing at www.melissaohnoutka.com.