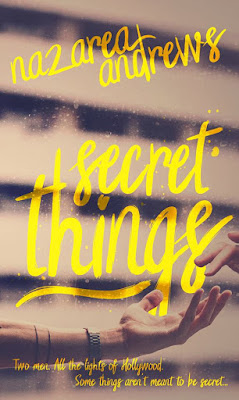 About Secret Things
Camden is on top of the world.
He’s dating his best friend and co-star. He has a top rated TV show that just got renewed for a seventh season. It’s what he’s always wanted.
And he’s fucking miserable.

Dimitri is living the life he always wanted. He and Victor, his high school boyfriend, are social media darlings. His part just got renewed on his hit TV show, and the charity foundation he co-founded is taking off. It’s everything he ever wanted.
And he’s fucking miserable.

The only time either seem happy is when they’re together. And both of them are ignoring the attraction between them. There’s too much at risk. The show, their significant others, a friendship that is more important than a quick screw.

Oh, and Camden is straight.

But attraction isn’t always easy to ignore, and a lot can happen that isn’t meant to. When one of Dimitri’s fans gets involved, both men will have to decide how much and who they want. 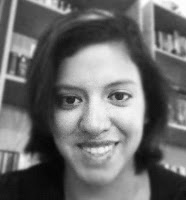 Nazarea Andrews (N to almost everyone) is an avid reader and tends to write the stories she wants to read. Which means she writes everything from zombies and dystopia to contemporary love stories. She is the author of the World Without End series, Neverland Found, Edge of the Falls, and The University of Branton series.

When not writing, she can most often be found driving her kids to practice and burning dinner while she reads, or binging watching TV shows on Netflix. N loves chocolate, wine, and coffee almost as much as she loves books, but not quite as much as she loves her kids. She lives in south Georgia with her husband, daughters, spoiled cat, and overgrown dog.

Stop by her Twitter (@NazareaAndrews) and tell her what fantastic book she should read next.