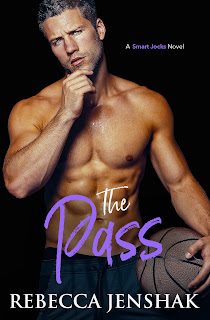 Note: An advanced reader copy (ARC) was provided by the author via Wildfire Marketing Solutions.
What do you do when you the opportunity to finally get something right comes along? Do you take it but run the risk of losing what you gained when you flubbed the first time around? Am I making sense? Probably not, but you see, this is the situation that Tanner Shaw finds himself in with Sydney Turner. Two years ago, basketball player Tanner met volleyball player Sydney, and he was immediately smitten. Unfortunately, when the time came for him to make a play for her, he missed his shot. He may not have gotten a girlfriend, but he did earn a best friend in Sydney. So what if he's been in love with her since he's known her? Their friendship means everything to him, and he wouldn't dare do anything to screw that up. But one summer at the lake could offer up a second chance that he would be crazy to pass up. This time, he's taking his shot and refuses to fail again.
Gah! I adored Tanner and Sydney's story! There's just something about this series that makes me smile. Yes, there's always some amount of angst in the books, although not as much here in this fifth book compared to some of the earlier ones, but ultimately, each romance has left me with a lighthearted feeling by the time I've reached the happily-ever-after part. While you don't necessarily need to read the first four books in order to fully appreciate this fifth one, I'm still going to highly recommend you check them out anyway. The series does involve a close-knit group of friends who have grown from being teammates on Valley U's basketball team to now include the women they've fallen in love with. Smart Jocks has become one of my favorite college romance series, and The Pass is a wonderful addition to it. I'm giving this friends-to-lovers slash sports romance five stars.
------------------------