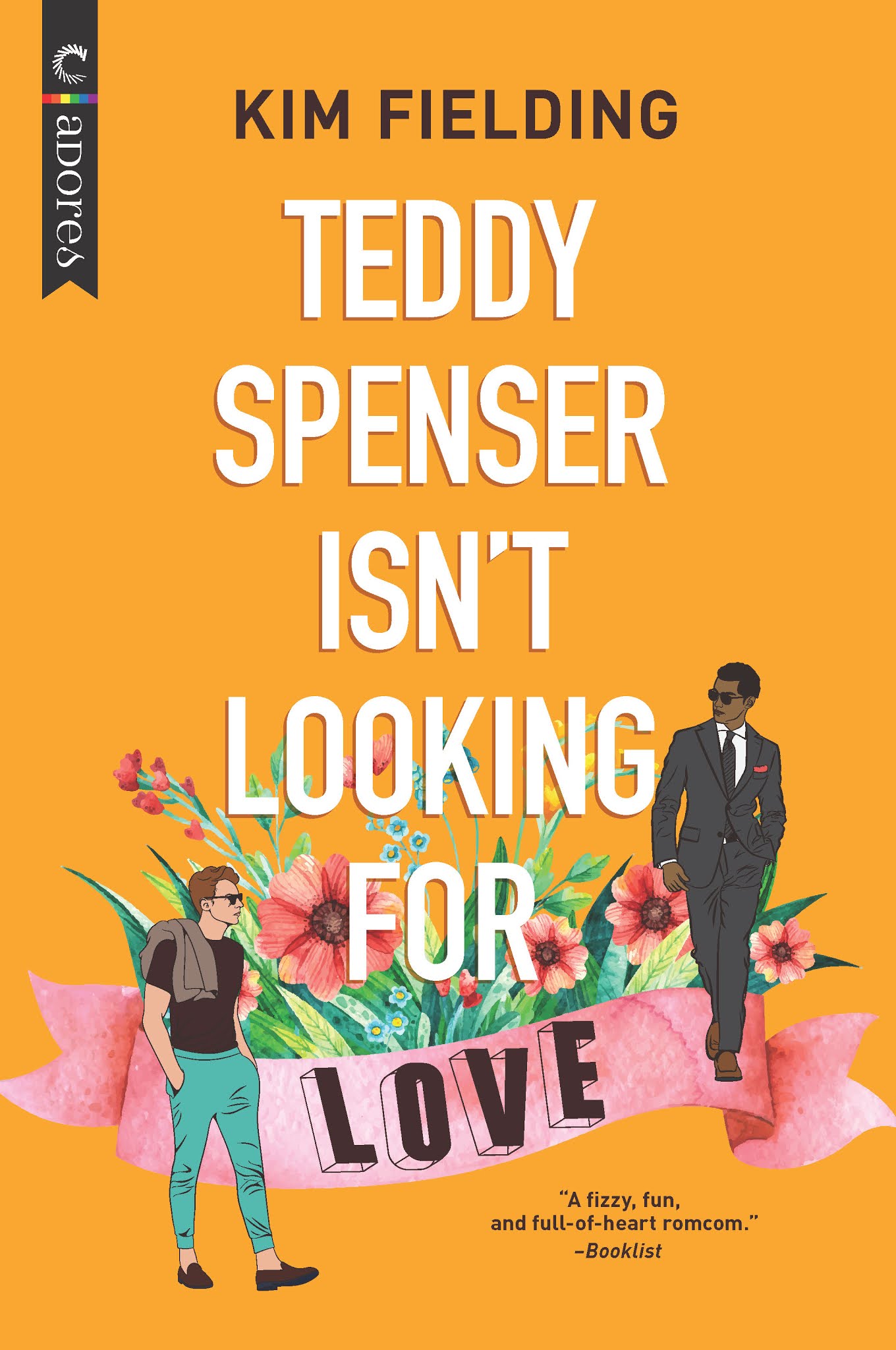 About Teddy Spenser Isn't Looking for Love
Some people search their whole lives to find love. He just wants to avoid it.
Teddy Spenser spends his days selling design ideas to higher-ups, living or dying on each new pitch. Stodgy engineer types like Romeo Blue, his nemesis—if you can call someone who barely talks to you a nemesis—are a necessary evil. A cute necessary evil.
Working together is bad enough, but when their boss puts them both on a new high-stakes project, “working together” suddenly means:
● sitting uncomfortably close on the same plane,
● staying in the same hotel room—with only one bed—and
● spending every waking minute together.
Turns out Mr. Starched Shirt has some hidden depths, and it’s getting harder to ignore the spark Teddy feels with every brush of their hands, with every knowing look. He might not have been looking for this connection with Romeo, but will he ever be ready to let him go?

An Excerpt from Teddy Spenser Isn't Looking for Love
“Hey.”
Teddy hadn’t noticed anyone come up behind him, and he startled so violently that he almost knocked over his coffee. He spun the chair around and discovered Romeo Blue looking down at him, stone-faced.
“What?” Teddy knew he was scowling and didn’t care.
“Can we speak in my office, please?” As usual, Romeo’s voice was low, his words clipped. As if he refused to spare much energy to speak to Teddy.
“I’m busy right now.”
“As soon as you can then.” Romeo spun and marched back to his office, leaving its door slightly ajar.
Teddy could have followed him; Imani’s numbers weren’t so urgent that they couldn’t wait awhile. But he remained stubbornly at his desk even though he could no longer focus on the computer screen. Romeo Blue. Teddy had googled him once, just for the hell of it—not at all to dispel lingering notions that his coworker was a spy working under a really stupid alias. It turned out that Lenny Kravitz used Romeo Blue as a stage name back in the eighties, and that was more than a little weird since this Romeo resembled a young Lenny Kravitz, albeit with a darker complexion and a different clothing aesthetic. Kravitz probably didn’t wear suits from Zara. And to be honest, although Kravitz was gorgeous, Romeo was even more so, with perfect eyebrows, velvety eyes, and a mouth that—
“Nope!” Teddy stood abruptly and grabbed his coffee mug. He needed a refill.
He finished off that cup, visited the depressing bathroom he’d been fruitlessly begging Lauren to redecorate, and chatted briefly with the cute copy-machine repair-man before finally knocking on Romeo’s open door and stepping inside. And then, as always when he entered this room, Teddy glowered.
It was a fraction of the size of Lauren’s office, with barely enough room for a desk, two chairs, and a computer stand. Despite that, it was a real office instead of a cubicle. But what truly annoyed Teddy was that Romeo hadn’t even bothered to decorate the space. There wasn’t a single knickknack or picture, and the mismatched office supplies—a black stapler and taupe tape dispenser—appeared to be from the discount bin at Staples. The only touches of personality were the three computer monitors—three of them, for God’s sake—and, of course, Romeo himself.
Maybe Romeo thought himself so decorative that his mere presence sufficed. Or he didn’t want any other objects to detract from his glory.
Also, he smelled like sandalwood, bergamot, and vanilla. Dammit. 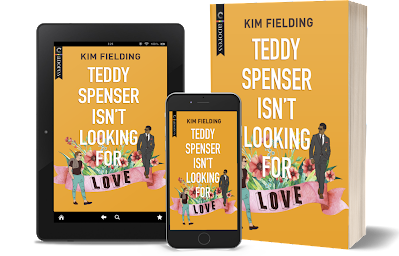 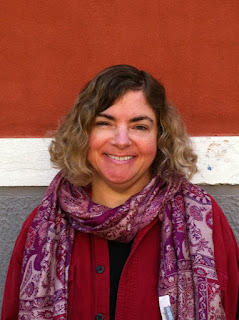 Kim Fielding is the bestselling author of numerous m/m romance novels, novellas, and short stories. Like Kim herself, her work is eclectic, spanning genres such as contemporary, fantasy, paranormal, and historical. Her stories are set in alternate worlds, in 15th century Bosnia, in modern-day Oregon. Her heroes are hipster architect werewolves, housekeepers, maimed giants, and conflicted graduate students. They’re usually flawed, they often encounter terrible obstacles, but they always find love.
Kim’s novel Brute was the 2013 Rainbow Award Winner for Best Gay Fantasy and tied for fourth place for Best Gay Novel.
After having migrated back and forth across the western two-thirds of the United States, Kim calls the boring part of California home. She lives there with her husband, her two daughters, and her day job as a university professor, but escapes as often as possible via car, train, plane, or boat. This may explain why her characters often seem to be in transit as well. She dreams of traveling and writing full-time. 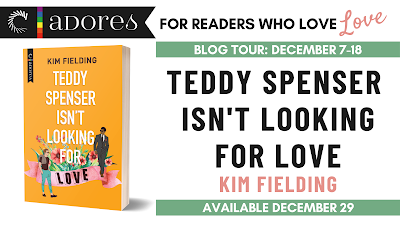