Book Spotlight: The Last to See Her by Courtney Evan Tate 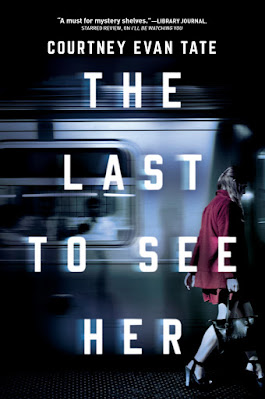 The Last to See Her
by Courtney Evan Tate
Release Date: December 15, 2020
MIRA Books
About The Last to See Her
Genevieve, a writer, is about to finalize her divorce from her cheating husband Todd. So when her sister Meg, an ambitious physician, has a convention to attend in New York City, she invites Gen along to celebrate her return to single life. It will be a perfect sisters' getaway in the big city! But things go awry when, on their first evening at the hotel, Gen decides to take a late night walk and disappears without a trace. Eventually she is officially declared a missing person.
Suspicion soon falls on her sister Meg, who was the last person to see her.
Through twists and turns, it is revealed that Meg has been sleeping with her brother-in-law Todd... And then there is a question of a newly purchased insurance policy that just has just gone into effect before Gen’s disappearance. Both Todd and Meg deny any knowledge of it.
But has an actual crime been committed? Can it be proven? And if so, who is really the guilty one? 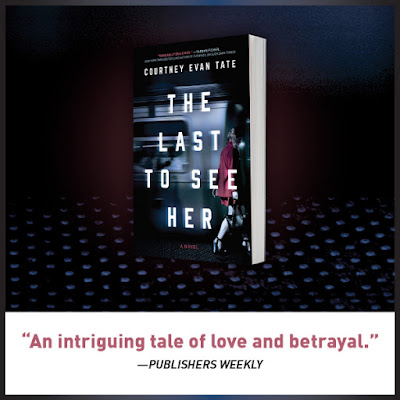 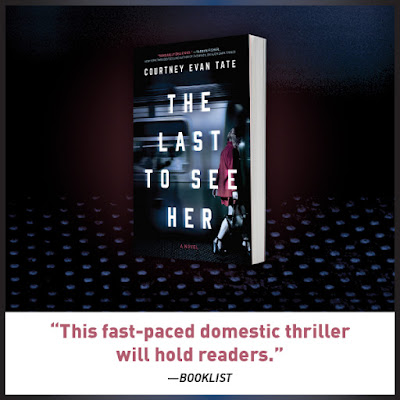 Courtney Evan Tate is the nom de plume (and darker side) of the New York Times and USA Today bestselling author Courtney Cole. As Courtney Evan Tate, she is the author of Such Dark Things and I'll Be Watching You.
Courtney grew up in rural Kansas and now lives with her husband and kids in Florida, where spends her days dreaming of new characters and storylines and surprising plot twists and writing them beneath rustling palm trees.
Connect with Courtney
Website | Facebook | Twitter | Instagram | Goodreads