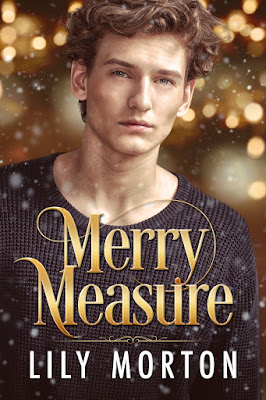 Merry Measure
by Lily Morton
Date Released: December 2, 2020
About Merry Measure
Arlo Wright’s introduction to his sexuality came when he saw his older brother’s best friend, Jack Cooper, in his sweaty football kit. Unfortunately, he didn’t have long to enjoy the revelation because he promptly knocked himself out on a table.
Relations between them have never really moved on from that auspicious beginning. Arlo is still clumsy, and Jack is still as handsome and unobtainable as ever.
However, things look like they’re starting to change when Arlo finds himself sharing a room with Jack while on holiday in Amsterdam at Christmas. Will the festive spirit finally move them towards each other, or is Arlo just banging his head against a wall this time?
From bestselling author Lily Morton comes a warm romantic comedy set in chilly Amsterdam. 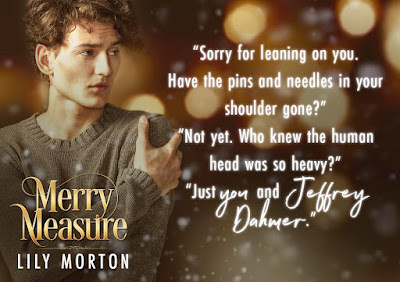 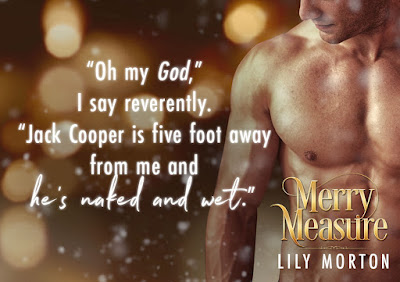 An Excerpt from Merry Measure
He laughs and makes his way out of the coffee shop, the crowd obligingly parting for him like he’s Jesus with a bread roll.
I follow him, attempting not to ogle the gorgeous swell of his bum in his jeans. It’s a losing battle and one I’ve fought since I was eleven and eating soup in the kitchen of my family home. Young Arlo had looked up and seen a vision at the door—Jack in sweaty football gear that clung to his fifteen-year-old body like glue. And then Young Arlo had promptly had several revelations about his sexuality. He’d had to shelve thinking about them for a few hours, however, because he inhaled a crouton and, while choking, fell over and knocked himself out on the kitchen table.
Not my finest moment, but looking back, not my worst either.
That summer, I spent several months following Jack and my brother around, much to my brother’s mystification, as we were at that point in our relationship where he frequently wanted to batter me. I ceased my youthful pursuit of Jack when two things happened. The first was that my brother threatened to pull off my arms and legs slowly and then tell mum, if I didn’t stop following him and impeding his wooing of his crush at the time. The second was that Jack got himself a girlfriend—Samantha Hampson. I’d wallowed in misery for at least a month, and then my natural optimism surfaced, telling me that he’d notice me soon and that Samantha was a total ho and unworthy of my beloved.
He never did notice me, of course. Samantha went the way of many of his girlfriends, and then, after he came out as bisexual, his boyfriends. They were all perfect-looking, and they dated exclusively and generally looked like something from toothpaste commercials. But invariably something went wrong, and they’d vanish, only to be replaced by the next perfect specimen.
I curl my lips at the thought of his latest one. Steven, who is spectacularly good-looking but also a complete twat. He’s cold and deeply possessive of Jack’s time, but Jack never seems to notice. My stomach roils a little at the thought that Steven has lasted longer than anyone else. Maybe this is it. They’ll get married and settle down and raise children or penguins, or whatever people in perfect relationships do.
Not that I’d know. My love life is as scatty as my timekeeping, and my partners have all largely become the stuff of family legends—hilarious stories to be related at family parties to newcomers, like the time my boyfriend from university got stupendously drunk and refused to talk to anyone apart from our family dog. After a full weekend of deep and meaningful chats, Fee-Fee looked like she was glad to see the back of us when we went back to uni.
I don’t think I ever expected Jack to look at me, though. I’m his best friend’s little brother. The nuisance whose knees he patched up after a fall and who he tried to teach how to fish until he had to give up when I fell in the river. He’d never look at disastrous me.
Unfortunately, even with this knowledge, I’ve never been able to completely shelve my youthful infatuation. Maybe because it was first love—intensely painful when it happens to you, like slamming your head into a kitchen table, but bits of it linger in lines on your heart. Maybe it’s also because he’s a genuinely lovely person, inside and out. He’s kind and thoughtful and clever and has never talked down to me. 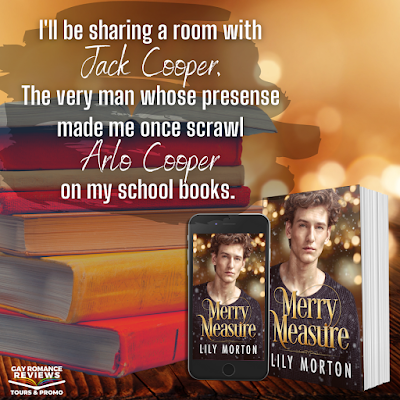 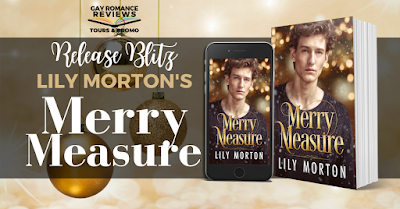