Book Spotlight: Mine to Keep by Rhenna Morgan 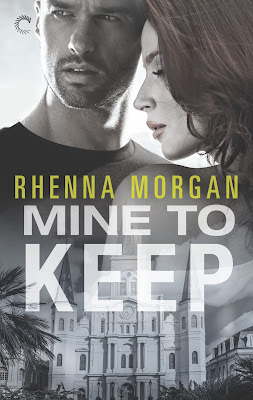 Mine to Keep
(NOLA Knights #3)
by Rhenna Morgan
Release Date: December 14, 2020
Carina Press
About Mine to Keep
Bonnie Drummond is from the wrong side of the tracks, raised in a family of liars and criminals. No matter how hard she tries to stay on the straight and narrow, she always finds herself sucked back into the family drama, forced to sacrifice everything she’s earned to protect her family.
But this time they’ve gone too far—crossed the wrong people—and to save them she’ll have to put her life on the line.
Roman Kozlov, enforcer for a New Orleans mafiya family, is the poster child for the life Bonnie is struggling to escape. But he's also as alluring as he is dangerous, and it doesn’t take long for their lives to begin to mesh.
With Roman, Bonnie finds the family she never had.
As their race for answers heats up, so too does the budding romance between them. And with danger nipping at her heels and love threatening her heart, Bonnie must come face-to-face with her past if she wants to have a future.
NOLA Knights
Book 1: His to Defend
Book 2: Hers to Tame
Book 3: Mine to Keep

An Excerpt from Mine to Keep
She’d lost her damned mind. Or at least had temporary insanity—probably induced by too much adrenaline. One of the two had to be the problem, because Bonnie had sure as hell never been known to let her mouth run rampant the way it had in front of Roman and Cassie fifteen minutes ago.
Perched in the middle rear seat of Roman’s supped-up truck, Bonnie stilled her jiggling knee for the third time in five minutes and stared out her window for any sign of the massive Russian. “What’s he doing, anyway?”
Cassie twisted from the front passenger seat, the length of time it took for her gaze to come into focus making it seem she’d been somewhere else entirely. “Who, Roman?” She scanned the front yard and shrugged her shoulder. “No telling. Maybe looking for clues? Or he could just be making sure the place is all locked up.”
Now, that was funny. Almost impossible to laugh at considering the anvil sitting in her stomach, but funny, nonetheless. “There’s nothing in there worth stealing. My family’s more the transitory type when it comes to possessions.”
See? There it was again. Her mouthing off and sharing shit she’d held back for most of her life.
Cassie didn’t seem to notice. Just twisted in her seat and cocked her head to one side. “So, what do you think about Roman?”
That he’s huge, hot and could probably make Satan piss his pants.
Before the uncensored answer could jump past her lips, she rearranged her backpack lying across her thighs. “He seems…nice.”
“Nice?” Cassie echoed back with open disbelief. “That’s it?”
Okay, he’s intimidating as fuck and somehow made me blurt out all my family’s dirty laundry in less than three sentences.
Also not a wise confession.
“Well, what do you want me to say? My mind’s all screwed up after the day I’ve had. He could have polka dots and a unicorn horn sticking out of his head and I’d probably have missed it.”
Liar.
All right, fine. So, she’d taken a healthy inventory. He was at least six-foot-four, for Christ’s sake, and packed more muscle than that slick black suit of his had a prayer of hiding.
And those tattoos at the base of his fingers and on the backs of his hands…she had no clue what they were or meant, but they were sexy AF.
Cassie’s face sobered. “I’m sorry. That was insensitive of me. I know you’re worried about your brother and dad, but I’ve wanted you to meet my family for so freaking long, I got carried away.”
Roman prowled into view from the far side of the with concentration.
Cassie followed Bonnie’s gaze out the windows, noted Roman’s trajectory toward the truck and lowered her voice. “You have to admit, though. He’s pretty handsome.”
Bonnie shook her head. “Handsome belongs on guys like Hugh Jackman and Orlando Bloom. That guy’s got badass motherfucker written all over him.”
Cassie’s head snapped back in surprise just as Roman opened the door and climbed into the cab.
Great. More verbal diarrhea. Though, she had a feeling Cassie didn’t take the comment the way she’d intended it. To Bonnie’s mind, Roman’s mega short dark hair and tightly cropped beard was hella hot, and he could probably sharpen a knife on the hard angles of his jawline. His eyes were killer, too. Hooded in a way that made you have to really work to figure out what color they were.
And for the record, she’d put in the effort.
Gunmetal gray. 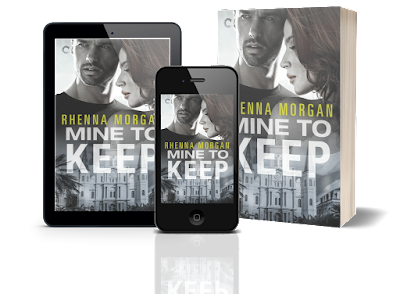 A native Oklahoman, Rhenna Morgan is a certified romance junkie. Whether it’s contemporary, paranormal, or fantasy you’re after, Rhenna’s stories pack romantic escape full of new, exciting worlds, and strong, intuitive men who fight to keep the women they want.
For advance release news and exclusive content, sign up for her newsletter at RhennaMorgan.com. You'll also find all of her social links there, along with her smoking hot inspiration boards.
Connect with Rhenna
Website | Facebook | Twitter | Instagram | Goodreads 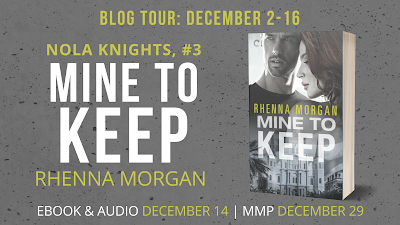