Book Spotlight: Destroy for Her by RB Hilliard 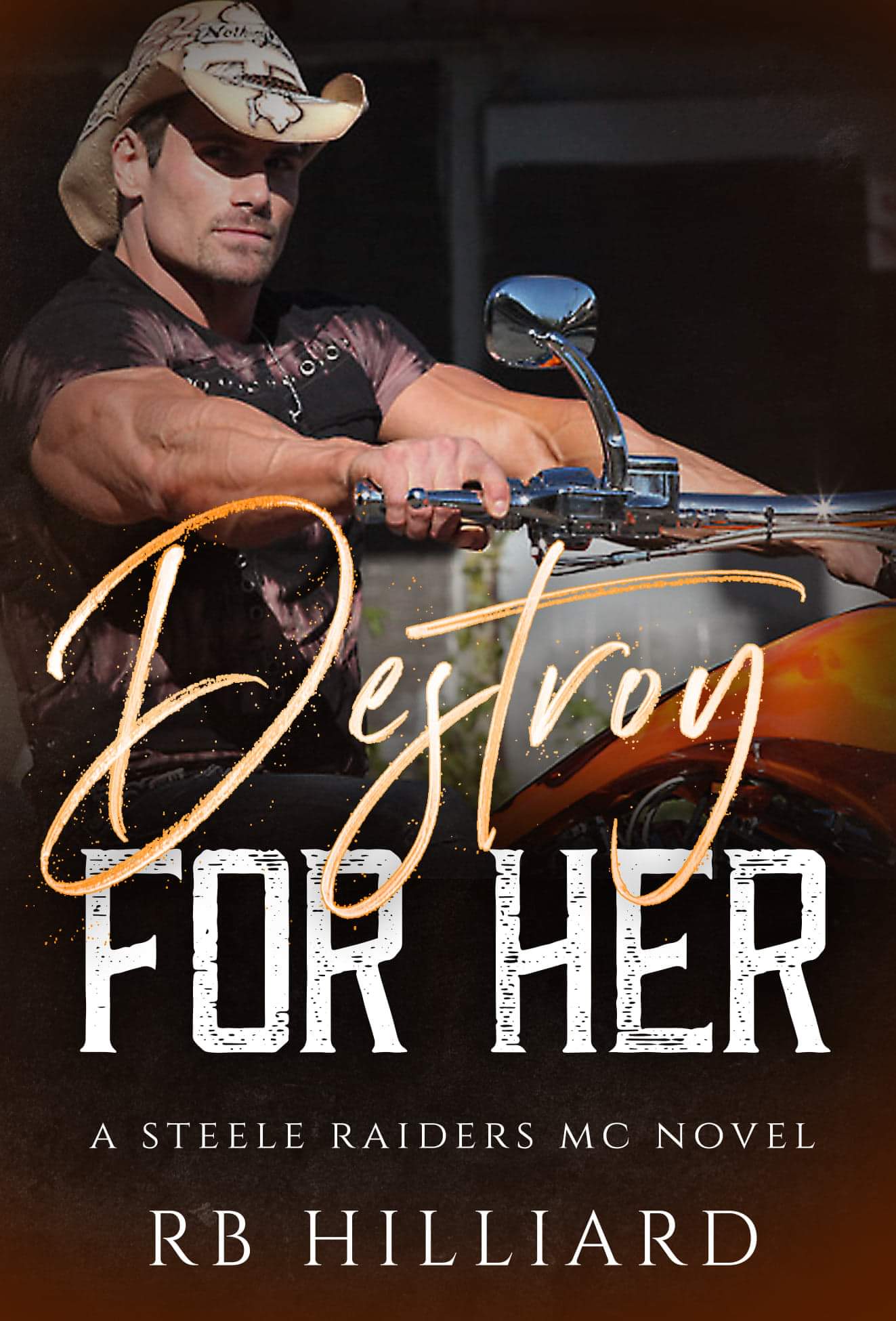 About Destroy for Her
As Road Captain of the Steele Raiders MC, Ax’s life is ruled by his loyalty to the club and the oath to never betray a brother, dead or alive. For years, he’s watched over his fallen brother’s wife and daughter while refusing to let his true feelings get in the way.
He loves her, but he can’t have her.
Sage is in love with Alex Easton. A feeling he does not reciprocate. She’s an obligation—a painful reminder of his fallen brother—and, therefore, off-limits. After years of rejection, Sage decides to move on—to move past the club, to move past her love for Alex.
It’s a move that will cost her everything.
When Sage lands herself in some serious hot water, the club comes to her rescue.
Can Ax and the Steele Raiders keep her and her daughter safe?
Will Ax finally reveal his feelings for Sage, or will this new threat tear them apart for good?
Sometimes you have to fight for love, but sometimes you have to destroy for it. 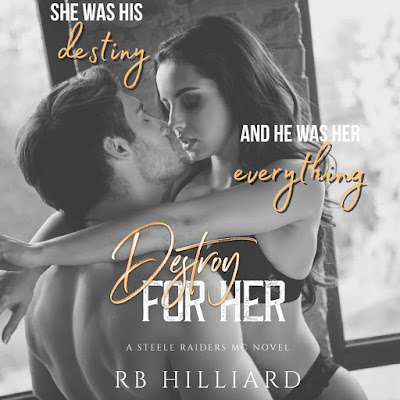 Read my 4.5-starred review of Destroy for Her.

Add Destroy for Her on Goodreads. 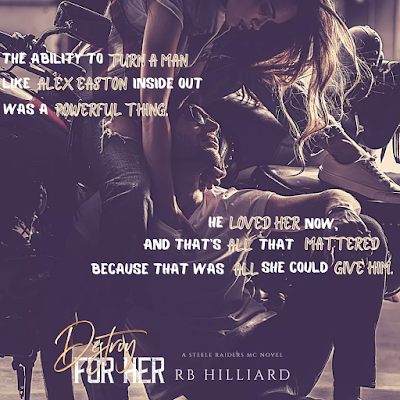 About RB Hilliard
RB Hilliard lives in Charlotte, North Carolina with her husband, two teenagers, and crazy dog, Oscar. She loves music, a good book, red wine, chocolate, and to write twistedly suspenseful stories. Alpha men, rock stars, and sexy bikers are among her favorites, but don’t worry, if suspense isn’t your bag, she also writes funny tales about exceptionally hot men who are in desperate need of taming. In 2014, Hilliard published her first novel. She has since published multiple novels across several genres.