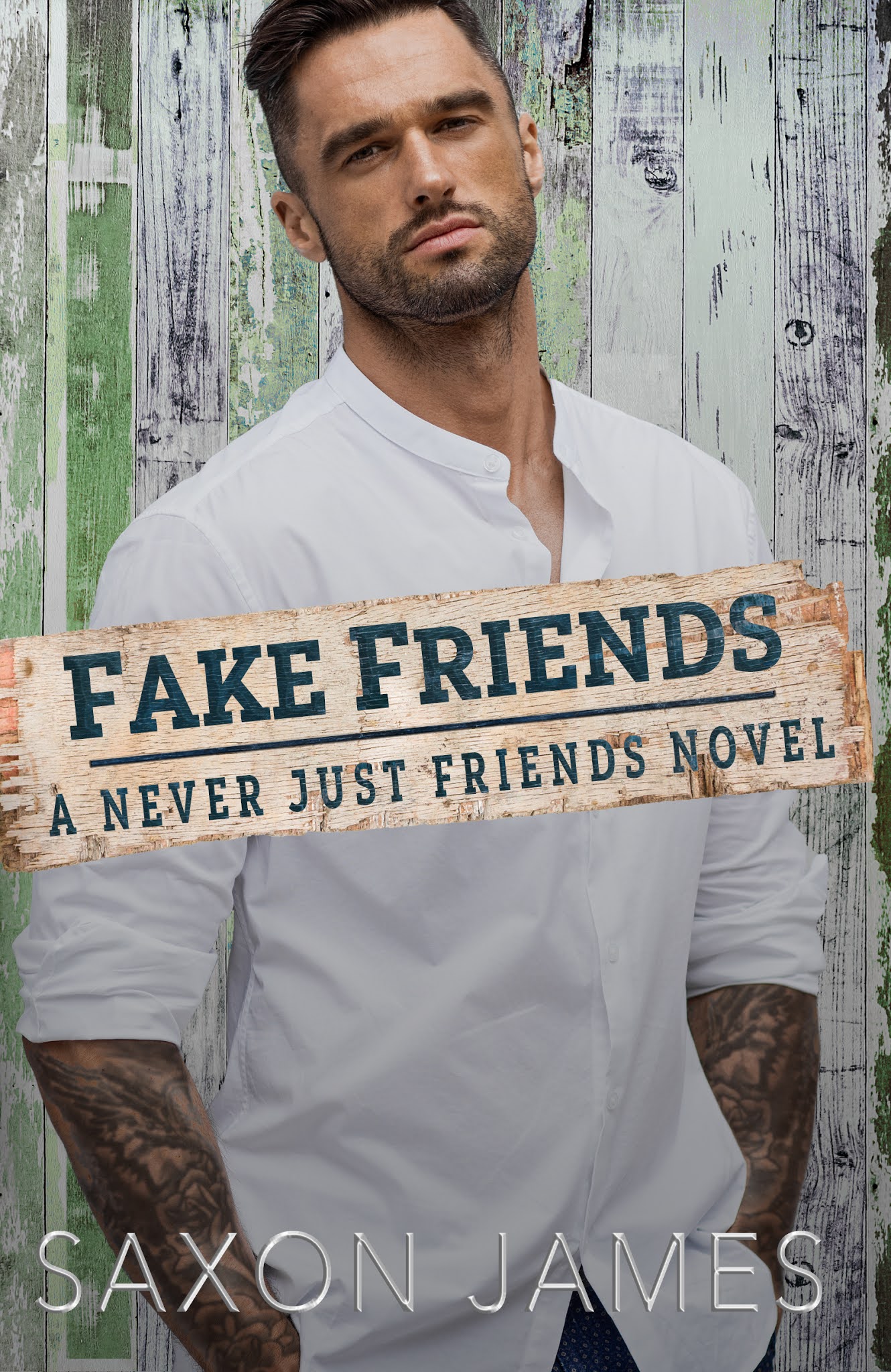 About Fake Friends
Rowan
Five years ago, I did something horrible and ran.
I ruined the best thing I had in my life, and now, I’m finally back to make things right.
I need Circus’s forgiveness, and then maybe I can finally move on.
I’ll leave Sunbury for good this time and never look back. I can escape disapproving family members and hiding who I am.
I’ll be able to live my truth.
But earning his forgiveness isn’t as simple as I hoped it was going to be.
He’s going to make me fight for it, and I don’t blame him at all.
Circus
Rowan Harvey coming back into my life is something I never thought would happen.
But now he’s here, begging for forgiveness, and I’m tempted to give it to him just so he’ll disappear again.
We make a deal.
I’ll forgive him if he helps me with a social media campaign I’ve landed.
I need an extra model for a swimwear shoot, and none of my friends are available or fit the brief. In exchange, he promises to leave again as soon as it’s over.
I don’t need or want him back in Sunbury.
His request of anonymity during the shoot proves he’s still living in his dark closet, and I’m not going to make the same mistakes I did when I was a teenager.
I won’t let myself fall for him again.
I won’t. 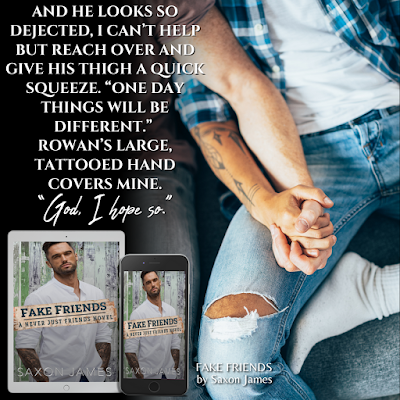 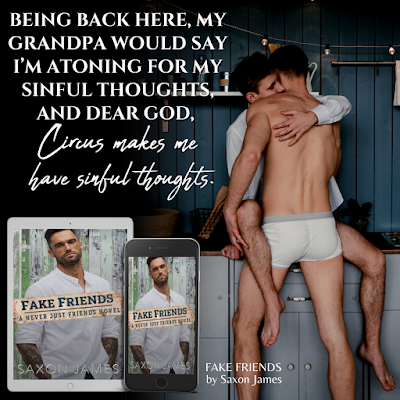 An Excerpt from Fake Friends
This. Is. Bad.
I flick through photo after photo of perfection.
And I hate to say it, but Rowan makes me look good. The tats, the unruly hair, the confidence in how he holds himself.
He’s come a long way since high school.
Back then he was guarded and scared, and the only place he looked like he owned his skin was on the football field. Still, he always caught my eye. Always drew out that curious side of me that was attracted to what I didn’t know.
The first time I went to his house after school, I remember overhearing his dad asking who the little pretty boy was. And I knew by his tone what he was really asking.
First: Is that kid gay?
Second: What the fuck is he doing with my son?
I was never a favorite around his place, especially when his grandparents were there, so we spent as much time at my house, or wandering Crown Trails, as we could.
And as I pause over the photo of Rowan kissing my nose, an irrational surge of anger passes through me.
I was there, for years, in the secret, stolen moments of his life. I was the only one who knew his secret, and the only one who didn’t push for him to figure himself out.
All I did was wait.
Show him it was okay.
And that night, five years ago, when he finally kissed me and we gave into a year of sexual tension, I kissed him like we meant forever.
I had no idea forever would last all of five minutes. 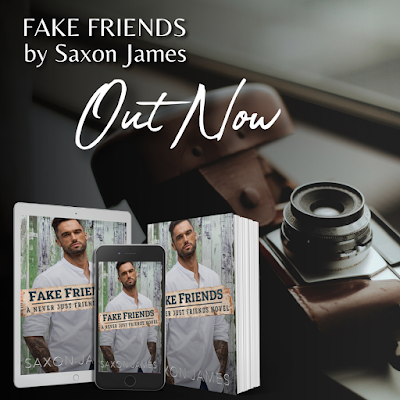 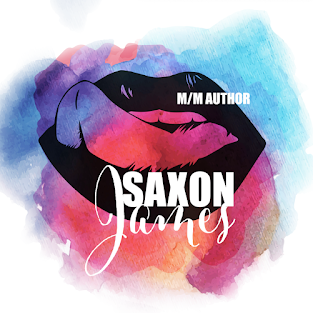 Saxon James is an author from Australia who's obsessed with writing queer characters. She has a range of books from YA to adult and they all have one thing in common: swoony, sweet love.

When not writing, Saxon exists on a diet of coffee and chocolate while putting her KU subscription to the test. 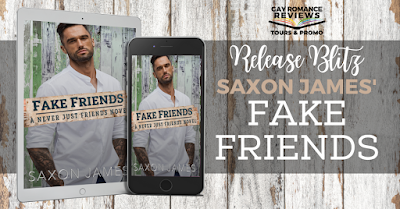