Book Spotlight: A Christmas to Die For by Jessica Frances 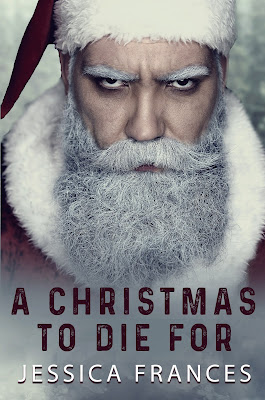 A Christmas to Die For
by Jessica Frances
Date Released: December 4, 2020
About A Christmas to Die For
Drink way too much tequila at the office Christmas party? Check.
Get fired after doing something stupid at said Christmas party? Check.
Hallucinate flying reindeers in the sky? Check.
Watch those flying reindeer turn into naked people …? Check?
Discover magical elves are trying to kill you? Um … Wait! I don’t want to check that one!
Either I’m having the most epic blackout or my hangover has thrown me into the craziest world that has ever existed. I just found out that Santa is not only real, but he and his people can shapeshift into reindeer. I also just discovered that elves are real, which would be cool, except they’re evil and want to kill me! If that wasn’t bad enough, the elves and reindeer are at war with each other. So, not exactly like the cheery, heartwarming stories we’ve been told.
If a war between elves and reindeer isn’t shocking enough, it hardly holds a candle to finding out that I’m supposed to be the one person who can save an entire planet. Yeah, talk about being totally unqualified for the job. At least that overshadows the fact that I might now have a Santa kink when the young, hot, white-haired warrior is sent to protect me. But can I really help save Santa and his people? Can I stop the elves? Or is everyone doomed to suffer the deadliest Christmas ever?
To find out if this will be a Christmas to die for, buckle up in your sleigh, pour yourself an eggnog, and sing a Christmas tune, because this tale is about to get jolly and insane. 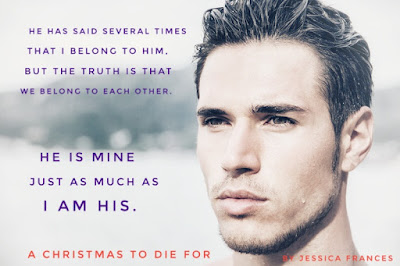 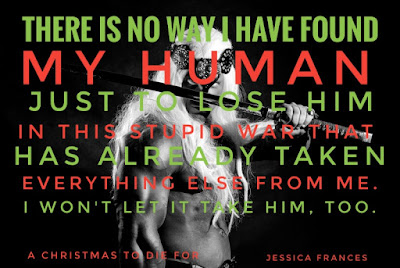 An Excerpt from A Christmas to Die For
For some reason—probably because I’m drunk—I feel more alone tonight than I have in a long time. I worry that maybe I won’t bounce back as easily as I have before.
When am I going to feel secure? Safe?
“Ru …” I whine, moving back to the front of my imaginary friend and staring at his bright red nose. This has to be the most ridiculous thing in the world, but I still grab some of his fur in the front and tug. “Come down here.”
My six-foot two stature isn’t tall enough for my new fake, furry friend, but I need a hug. Hell, I can’t even remember the last time I felt like I needed this, or the last time I had a hug. How sad is that?
Given this isn’t real, Rudolph is surprisingly stubborn. In fact, I have to use every bit of strength I have to get his large face to come near me, and I get the distinct impression he’s not happy. But I don’t care. He’s from my imagination, and I need a damn hug.
I wrap my arms around his too-wide neck and attempt to pull myself together, finding a comfort there that would likely get me put in a mental institution for life.
Whooshing noises sound around us, but I barely hear it over my deep breathing.
Why do I feel like crying? Men don’t cry. Well, not unless they have just thrown their guts up over their naked body from stage fright after attempting a career as a cam boy. I gave myself a pass that day.
But, even though I’m in complete denial about crying, tears wet my face as I give in to the feeling of despair and loneliness. Why do I have to be such a fuckup? Why does everything and everyone I touch turn to shit?
Heat overwhelms me, soaking away the cold that crept into my body after lying on the icy ground, and though the breeze is chilly and promising a future snowstorm, I suddenly have the urge to take off my jacket.
“You’re like a furnace,” I grumble at Rudolph, not removing my grip.
For some unlikely reason, this hug with my fake reindeer is the best thing to happen to me since the two weeks I was able to get a signal on my TV at home and could stream unlimited shows for that entire fortnight. I’m not ready to give it up yet, even if I’m probably just hugging a tree while picturing my fake reindeer.
I keep my eyes closed, my breathing finally calming down, when I notice something moving against me—perhaps Rudolph trying to shake me off. Either way, at the feel of something hard against the entire length of my body, I open one eye to find I’m no longer hugging a supersized reindeer.
Huh?
I’m hugging a man!
“Shit!” I gasp, dropping my hands from around the neck of a strange man who must be over eight feet tall, given he still has to bend over for me to hug him. Then I promptly fall on my ass, not feeling the impact since I’m still in shock.
I wipe my eyes, first to get the wetness out of them, and then because what I’m seeing can’t be real.
At first, all I notice is that every bit of hair on this giant’s head is white, and he has a lot of hair—a mane on his head and a crazy huge beard any biker would be proud of. It’s so odd to see such prominent white hair on a man who looks my age, because this giant is not old, even given the wizened color of his hair. No, I would put money that he isn’t older than thirty. In fact, every person here has the same stark white hair as my Rudolph, though they all look similar in age to him.
That’s odd, right?
Okay, scratch that, the weird part is clearly the changing from animal to human. Not the hair situation. Still …

About Jessica Frances
Born and raised in South Australia, Jessica spends her days working in a bakery, afternoons catching up on lost sleep, and nights reading and writing. Writing has always been a passion of hers, however it wasn’t until recently that she decided to put pen to paper and make things official.