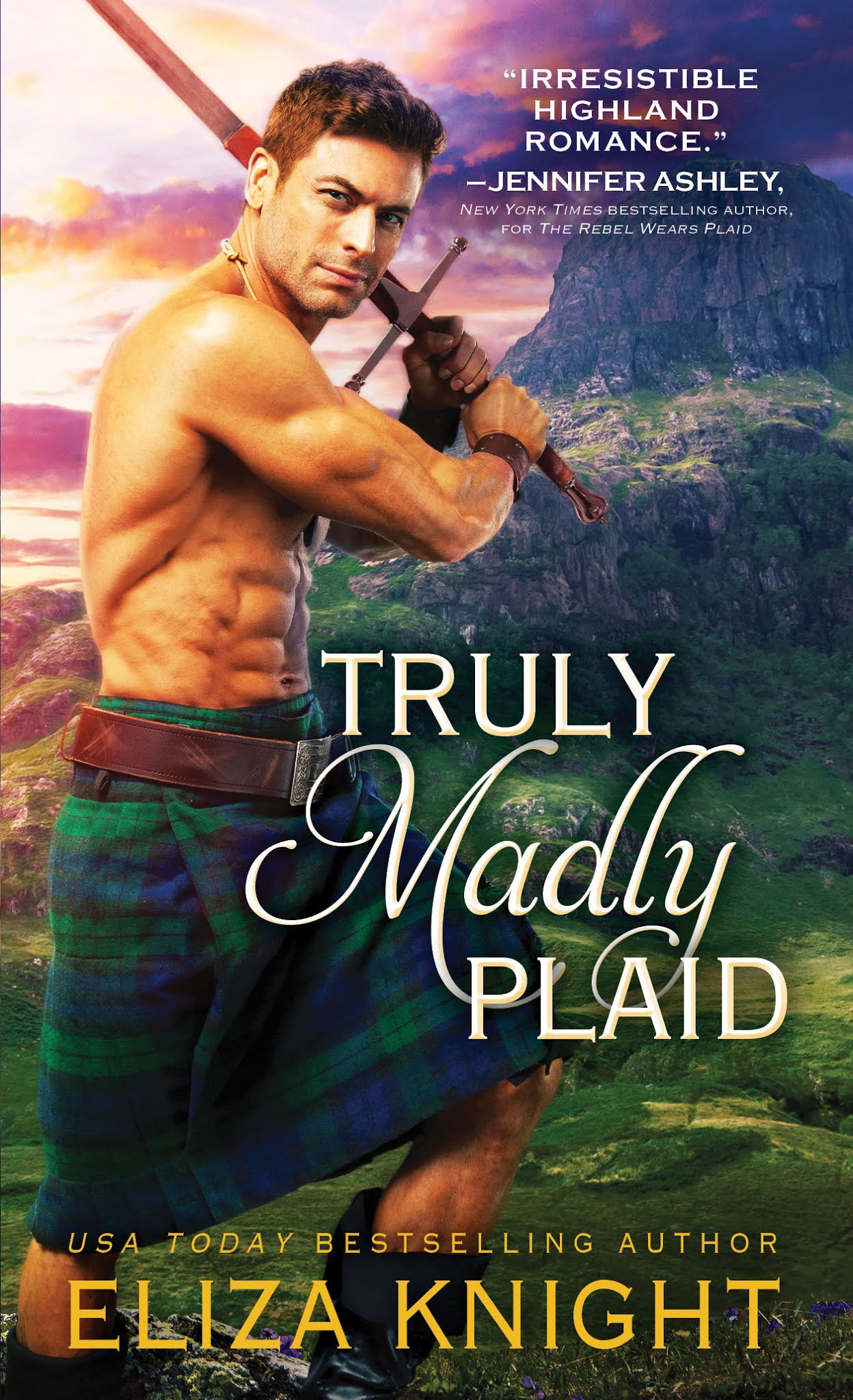 About Truly Madly Plaid
USA Today bestselling author Eliza Knight takes you into the heart of the Highlands, where these warriors are prepared to give up everything in the fight for their country.

Annie MacPherson’s world was torn apart when her family’s castle was ravaged during the war. Determined to aid her countrymen, she braves the battlefield and finds gravely wounded Lieutenant Craig MacLean. Soon her heart belongs to the fierce warrior.
As the English dragoons draw closer to Annie’s makeshift hospital, Craig knows they have to escape together if they’ll have any chance to survive. But when they come face-to-face with the enemy and Craig is imprisoned, Annie will have to risk everything she has to save the man she can’t live without.
History and adventure come to life in Eliza Knight’s thrilling Scottish Highland romance. Annie is based loosely on Anne MacKay, Anne Leith, and Lady Maxwell, who risked their lives to protect Jacobite soldiers by hiding them, healing their wounds, and helping them escape from enemy forces.

About Eliza Knight
Eliza Knight is an award-winning and USA Today bestselling author of over fifty sizzling historical romances. Under the name E. Knight, she’s known for riveting tales that cross landscapes around the world.

When not reading, writing, or researching, she chases after her three children. In her spare time she likes daydreaming, wine-tasting, traveling, hiking, and visiting with family and friends. She lives in Maryland.