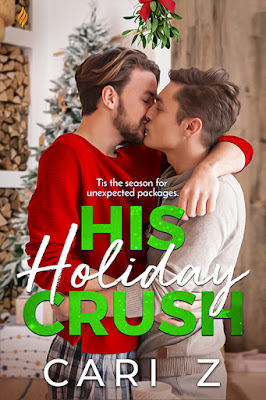 His Holiday Crush
by Cari Z
Release Date: December 14, 2020
Entangled Publishing
About His Holiday Crush
Tis the season for unexpected packages.
Workaholic attorney Max Robertson is one meeting away from making partner at a big NYC firm when his best friend calls and guilts him into coming back home for Christmas. But there's a reason he hasn't been back to Edgewood for a decade—too many bad memories. The plan was to go for just one night, until a wild deer and a snow bank wrecked everything.
Former Army Sergeant Dominic "Nicky" Bell is the new guy on the Edgewood police force, so of course he drew the short straw and is stuck working the night shift. But his evening gets turned upside-down when he gets called out to a wreck in the snow—and it's his one and only high school crush, looking even sexier than he did back then.
When they both end up stranded together at Dominic's house, sparks start to fly and Max isn't sure what to do. But everyone deserves a present this holiday season, right? 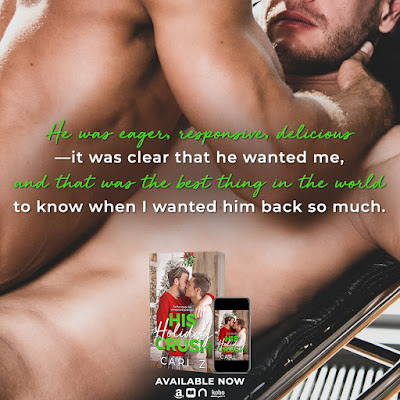 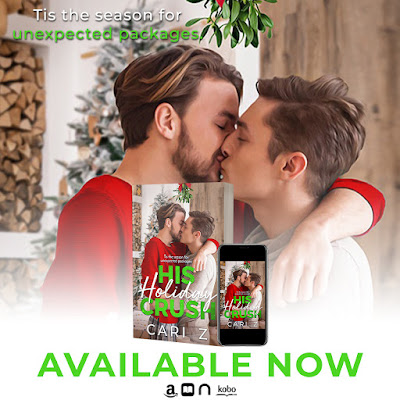 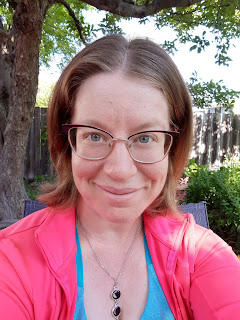